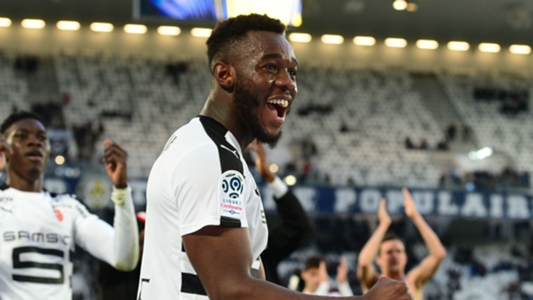 Sevilla have completed the signing of France Under-21 international defender Joris Gnagnon from Rennes.

Gnagnon has signed a five-year contract with the La Liga side for a fee reportedly worth €15 million.

The Paris-born defender made the move to Rennes at the youth level in 2014, making his first team debut in 2016.

The next season would see Gnagnon make 27 appearances, all starts, in Ligue 1 for the Brittany club, scoring his first senior team goal in the process.

His campaign earned him a call up to France’s youth international side, and he would make four appearances for them.

Previously, Gnagnon – who is of Ivorian descent – had previously chosen to play for the Ivory Coast, but never made an appearance for the country.

With Clement Lenglet’s departure to Barcelona earlier this summer , Gnagnon will likely be among those tasked to fill his shoes.

He is Sevilla’s fifth signing of the transfer window having already completed deals for Roque Mesa, Sergei Gomez, Tomas Vaclik and Ibrahim Amadou.