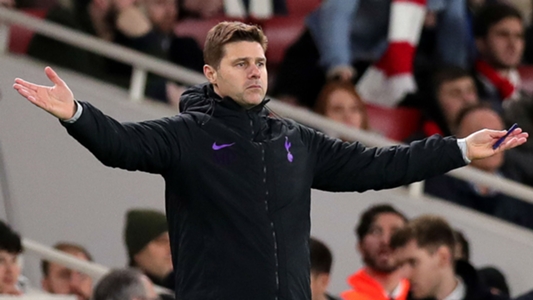 Ole Gunnar Solskjaer does not believe Sunday’s Premier League showdown between Manchester United and Mauricio Pochettino’s Tottenham is an audition for the Old Trafford job.

Pochettino is regarded as the number one candidate for the United role at the end of the season, while caretaker manager Solskjaer is also in the mix.

Solskjaer has led United to five successive wins since replacing Jose Mourinho last month – the Norwegian favourite bringing entertaining football back to the Theatre of Dreams.

However, Solskjaer – on loan from Molde – is set for his toughest test in charge of the side and insisted the blockbuster clash is not about him or counterpart Pochettino.

“No. It’s not about me at all,” Solskjaer told reporters when asked if the match was an audition for the permanent job.

“We don’t kick a ball at all. They kick a ball. Of course, we might make a decision here or there, but it’s down to the players to perform and I’m sure my boys are ready.”

Manchester United are sixth in the Premier League, 10 points adrift of third-placed Tottenham, after 21 matches, with Solskjaer having already admitted that his side had to have victory to stand any chance of catching Spurs in the league table.

A goal from Harry Kane and two from Lucas Moura saw Tottenham take a 3-0 over the Old Trafford outfit in their first league meeting this season while Jose Mourinho was still in charge.

But United have looked a very different side under Solskjaer, rolling up 16 goals over his five matches at the helm while surrendering just three.

A win on Sunday would move the club back to within six points of the top four, fourth placed Chelsea having taken a 2-1 win over Newcastle on Saturday and would pull them level on points with Arsenal who sit fifth.

Following Sunday’s match United will not be back in action until Premier League match next Saturday against Brighton.