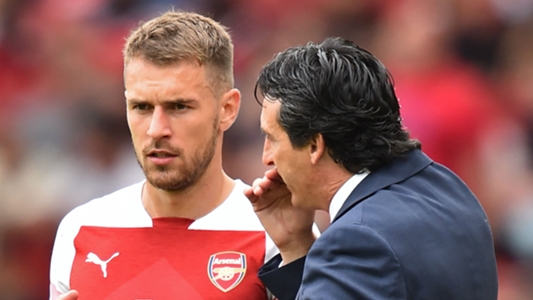 Arsenal’s transfer policy has left David Seaman “fuming”, with the Gunners legend questioning why Aaron Ramsey is being allowed to leave and just £44 million ($57m) made available for new recruits.

It has been confirmed that Wales international midfielder Ramsey will be departing Emirates Stadium as a free agent over the summer.

Serie A champions Juventus have a lucrative pre-contract agreement in place with Ramsey and he will link up with them once his current deal in north London expires.

Seaman is struggling to understand how a 28-year-old at the peak of his powers is slipping the net, especially as Arsenal are giving manager Unai Emery little support in the transfer market to bring in suitable replacements.

The former Gunners goalkeeper told talkSPORT: “I’m still fuming at the fact that we’re going to lose him [Ramsey].

“It gets even more frustrating the fact that they’ve announced that Emery’s only got £44m to spend in the summer.

“Well, that’s what you’d have to pay to get someone like Aaron Ramsey anyway, you’d probably have to pay a little bit more.

Seaman added on seeing Ramsey become the latest player allowed to run down his contract at Arsenal, with Alexis Sanchez, Alex Oxlade-Chamberlain and Jack Wilshere having done likewise in the recent past: “That’s even more frustrating, the fact that it’s for nothing, that’s why he’s getting so much money when he goes to Juventus.

“I don’t get it, I don’t know what the forward thinking is.

“The fact that Emery gets one transfer window, gets told he can only do loan deals.

“Now we’re looking at the end of the season when it gets towards his second transfer window, and he’s told he’s only got £40-44m to spend, so frustrating.”

Emery made only minor tweaks to the squad he inherited from Arsene Wenger last summer, while Barcelona midfielder Denis Suarez was the only arrival during the January window on a loan deal which includes an option to buy if the terms are right.