​Arsenal’s period of transition has progressed with some degree of success on the pitch under Unai Emery this season, but the prolonged search for executive-level reinforcements rumbles on.

The departure of chief executive Ivan Gazidis mid-way through the season left a gaping hole in the Gunners’ leadership structure, and one which has so far only been partially filled by the internal promotions of Raul Sanllehi and Vinai Venkatesham.

Sanllehi in particular seems to be the main man at present as ​Arsenal’s head of football, with the support of Venkatesham as managing director presiding over all business-related issues, but the pair are clearly in need of further help.

The necessity of a technical director has become increasingly apparent in recent months, and one which was escalated by the departure of head of recruitment Sven Mislintat.

With both Gazidis and Mislintat having formed two-thirds of the three-man committee responsible for the appointment of Emery as head coach last summer, alongside Sanllehi, there is a clear need for a new man capable of maintaining progression in the new era at Arsenal. The Gunners’ search for a technical director appears destined to fulfil those requirements, but the process has not been as smooth as Sanllehi and co might have hoped.

Monchi was widely reported to have emerged as the leading candidate and appeared set to take the job after leaving Roma, before Sevilla’s late intervention came as a significant blow to Arsenal’s pursuit of their top target.

Ajax chief Marc Overmars was touted as a potential alternative, but the former Gunners winger has since extended his contract in Amsterdam. However, the potential appointment of a former Arsenal player remains on the agenda, and that is where Edu comes into play.

The former midfielder, who was a key figure in the Invincibles squad of 2003/04 during the Arsene Wenger era, has been touted as a potential candidate for the technical director role.

However, Edu’s current position as coordinator of the Brazilian FA national teams appeared to complicate things. Brazil are set to host this summer’s Copa America, and it was suggested that the former midfielder would not leave his post before the tournament.

With the events set to run until July, Arsenal were seemingly unlikely to wait until what would be mid-way through the summer transfer window before appointing Edu in a position from which he would oversee the Gunners’ business. 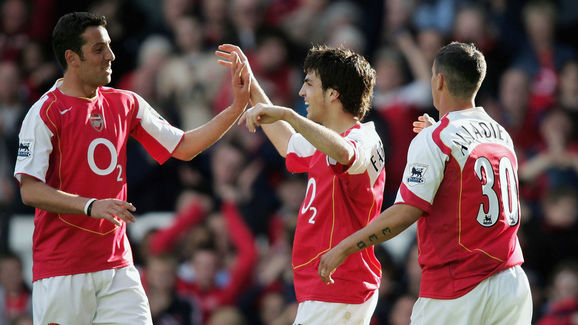 However, according to the ​Daily Mail, that wait is no longer an issue for Arsenal in their pursuit of the Brazilian, given their struggles to land any of their other top targets.

It is now suggested that the Gunners would be prepared to wait until after the Copa America to finally bring Edu back to north London, and Brazilian teenager Gabriel Martinelli could arrive alongside his compatriot as Arsenal’s first summer signing from Ituano.

Edu may not have any previous experience of assuming such a role at another top club, but there is plenty to suggest that the Brazilian could be the missing piece in Arsenal’s new management setup.

The 40-year-old has previously held the position of director at football at Corinthians in his homeland, and also assisted Carlos Queiroz in charge of the Iranian national team for the 2014 World Cup.

Edu is well travelled, experienced in different leagues and has thus acquired contacts in multiple quarters of the world. Much of the responsibility and requirements of a technical director in leading the club’s player recruitment is knowledge of the global market, and Edu certainly ticks that box.

As coordinator of the Brazilian national setup, his expertise in the South American market could prove to be particularly useful, and the Gunners’ apparent impending deal to sign rising star Gabriel Martinelli could signal the start of more diligent transfer business at the Emirates.

Sven Mislintat was credited with spotting Matteo Guendouzi and bringing him to north London from under the radar at the age of 19, with the Frenchman having since enjoyed a fine debut season in the Premier League.

With the Gunners generally operating on a limited budget, the ability to spot talent and broker deals for players with high potential at low cost could be vital for Emery’s side moving forward. Edu’s South American connections could be key in that sense, and the reported £5m deal for 17-year-old Martinelli is a clear example of such opportunistic business.

One of Mislintat’s downfalls which effectively spelled the end of his short-lived spell in north London was an inability to settle at the Emirates and his struggles to work effectively with others in Arsenal’s executive setup. That has seemingly affected the Gunners’ search for a new man to assume Mislintat’s responsibilities as part of a new role, with a clear consensus that the club are seeking an individual who is either well-acquainted with the club or who has previously worked with Emery.

In Edu, Arsenal have a potential appointment who meets both criteria. Having won two Premier League titles and two FA Cups during a decorated four-year spell at Highbury, the Brazilian is firmly established as a Gunners legend, and would therefore receive undoubted backing. Not only is the former midfielder an esteemed figure in the club’s history, Edu also worked briefly with Emery as a player during their coinciding spells with La Liga side Valencia, meaning that the pair would likely hit the ground running with their working relationship in north London.

A period of such upheaval in recent times has threatened a move away from traditions at Arsenal, but much in the way that Emery’s refreshing style of play has maintained the club’s values on the pitch, the return of a club legend would only further maintain a clear identity.

Question marks will remain over Edu’s experience and ability to take on a role of such responsibility at a leading European club, but the Brazilian could be key to reinforcing the kind of renewed energy and progress that Emery has already set about implementing at Arsenal.