The club may not even need victory during the game, knowing all they must do is match Atletico Madrid’s result against Valladolid to become the kings of Spain once again.

Ernesto Valverde boasts an almost entirely fit squad for the match, with just Rafinha missing for the hosts.

A party atmosphere is expected in Catalonia for the clash and Valverde will have no problems fielding his strongest team as they face their relegation threatened opponents.

Here’s the team Valverde could select for the clash. 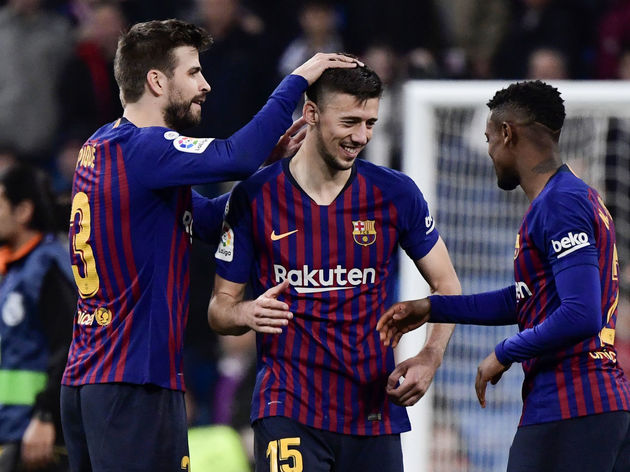 Marc-Andre ter Stegen (GK) – The German goalkeeper produced a fine performance against Sociedad and followed that up with a clean sheet in the win over Alaves. Will be desperate to clinch the title with a shutout on Saturday.

Nelson Semedo (RB) – Has failed to nail down a starting berth this season, with Valverde fluctuating between Sergi Roberto and Semedo. However, with more attacking prowess the Portuguese could start as La Blaugrana aim to blitz their opponents.

Gerard Pique (CB) – Pique is having one of his best ever seasons for the club, producing strong performances week in week out and chipping in with four league goals.

Clement Lenglet (CB) – Has found his scoring touch in recent weeks after a breakthrough season for the Frenchman. With Samuel Umtiti being out for so long, Lenglet has slotted in effortlessly and formed a fine partnership with Pique. Sergio Busquets (CM) – Will have precious little to do in a defensive sense on Saturday as Barcelona are widely tipped to brush aside their struggling opposition, but when called upon will break up play with consummate ease.

Ivan Rakitic (CM) – Having missed the last two matches, the Croatian should slot back into his midfield role and help his club with the title in what could be his final season at Camp Nou. Luis Suarez (ST) – Having adapted his game as he nears the latter stages of his career, Suarez has continued to find the back of the net despite some unfair criticism this season. Will no doubt start on Saturday looking to add to his 21 league goals this term.

Philippe Coutinho (LW) – Fans have been left unhappy with Coutinho’s recent celebrations mocking supporters’ treatment of him, yet he started in the away win over Alaves. Whether Valverde opts to start him at home in such an occasion is not yet known.