​Wolverhampton Wanderers’ use of the transfer market has been vital in their rise from the Championship to the verge of Europa League football in just two seasons, and they have built an impressive squad with the help of super-agent Jorge Mendes, who now works for the club.

The club have made a raft of signings in the last couple of years in an attempt to reach, and stay in, the Premier League but now there is a sense that a period of squad consistency will serve them best. Manager Nuno Espirito Santo will not want all of them at Molineux next season though, so who should stay and who should go? Rui Patricio – KEEP – The Portugal number one has been excellent in his first season on these shores and there is no doubt everybody at the club will want him to stay.

John Ruddy – KEEP – The former England goalkeeper is an extremely reliable understudy who is unfortunate to have such an accomplished stopper ahead of him. May look to move on for more playing time but Wolves Matt Doherty – KEEP – An indispensable member of the side who is a key component in Espirito Santo’s 3-5-2 formation.

Jonny Castro Otto – KEEP – Another crucial part of the squad whose performances on the left hand side of the Wolves team have earned him international recognition with Spain.

Ruben Vinagre – KEEP – The 20-year-old has struggled on occasions this season but has time on his side and is a decent back-up for Jonny. Needs to improve next season however. 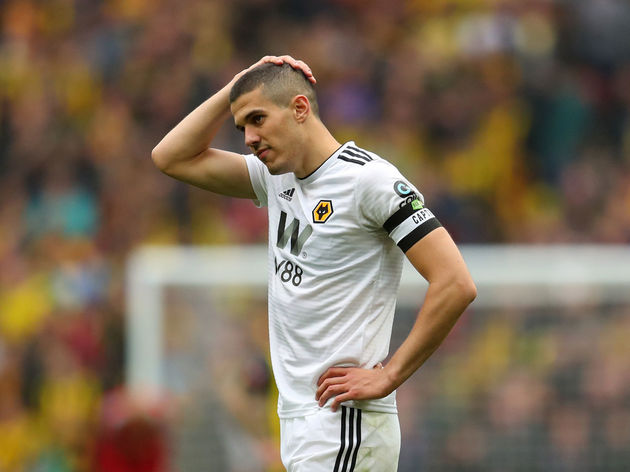 Conor Coady – KEEP – The club captain has been outstanding this season and his use of the ball along with his defensive qualities means he is vital to how the side play. Deserves to receive England recognition soon. Willy Boly – KEEP – Strong in the air and on the ground, Boly has had a very good first season in the top flight and provides a nice balance on the left side of the back three.

Romain Saiss – KEEP – Has the ability to play as both a centre half and in centre midfield and that versatility will be important if they play in the Europa League. Ruben Neves – KEEP – Whether they will be able to or not is another story, but there is no doubt Wolves will be desperate to keep the 22-year-old, who will be vital to the continued success of the club.

Joao Moutinho – KEEP – Another crucial part of the team’s engine room whose experience will be a useful asset if they make it into Europe.

Leander Dendoncker – KEEP – His loan deal becomes permanent this summer and the fans will be delighted as he has continued to improve throughout the campaign, making himself a permanent fixture in the starting XI. Morgan Gibbs-White – KEEP – The academy product has been excellent when given the chance this season and will only get better in the coming years. May get hard for them to keep him much longer with bigger clubs sure to be interested.

Ivan Cavaleiro – SELL – The Portuguese winger has been given plenty of opportunities to prove his worth but quite simply is not good enough for the Premier League. Helder Costa – SELL – Lost his place in the side when Espirito Santo switched from 3-4-3 to 3-5-2 and it is time for him to move on after just one goal in the league during the campaign.

Raul Jimenez – KEEP – Having recently made his loan move permanent for a club-record £30m fee there is no way Wolves will let their main striker leave this summer. A return of 17 goals in all competitions is extremely impressive. Diogo Jota – KEEP – Has been a revelation since joining Jimenez in a front two and he is one of the players the squad will be built around next season. Bigger clubs may take a look but they should be able to keep him for at least one more campaign.