If that suggests anything, then Unai Emery himself can’t answer the question. Someone who possesses an uncontrollable urge to tinker with his side to accommodate the opposition, it feels like the time has come to cement a midfield trio that best brings out of the magic of the front three.

So which three should he go for? 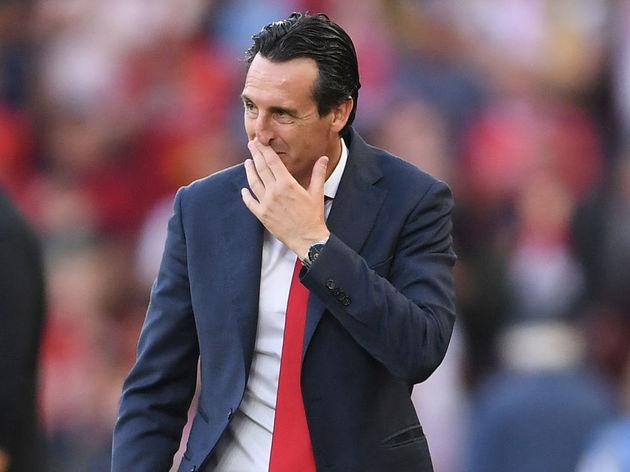 But, I have a suggestion that could work. It appears to be the wisest choice. So, here goes.

First of all, it’s best to settle on the formation Emery will adopt. At Liverpool he went for an unconventional diamond setup, which we can safely assume won’t be a recurring theme and was merely a bizarre attempt to stifle one of the best sides in Europe.

A 4-2-3-1 is the most viable option, which could also be perceived as a 4-3-3 that includes one more attack-minded midfielder.

While deciding on the trio as a whole is tricky, the number ten role picks itself. Dani Ceballos showed his class in his first league start during the 2-1 win over Burnley. What was prevalent from that performance, as well as in his cameo against Tottenham, was a level of fight so enriching it melted Gunners fans’ hearts almost immediately.

As vocal as he was energetic, nobody could claim he was anything other than dedicated to the cause in both matches. Moreover, he actually looked the part both technically and creatively. The passion was there for all to see, but that classic Spanish trait of quick feet and technical craft had fans reminiscing of former Gunner Santi Cazorla.

Two assists against the Clarets is beneficial to his cause. An assist apiece for Alexandre Lacazette and ​Pierre-Emerick Aubameyang is the cementing of his spot. Elsewhere, Arsenal have another blossoming talent who will most certainly be a regular feature as they battle on all four fronts. Joe Willock does a lot of what Guendouzi does, perhaps with a more attacking mindset, and not playing the youngster is not an easy choice to make.

Deservedly breaking into the first-team last season, some frighteningly good showings during the club’s pre-season had many urging Emery to start the 20-year-old in the league. Solid outings in both of the Gunners’ opening top-flight matches appeared to make his place in the starting XI a certainty moving forward, but he was soon dropped.

He was consigned to a place on the bench against Spurs as Emery changed the system, but nevertheless it is clear that the man at the helm rates the Englishman. However, the Premier League experience of Guendouzi means he shades it, and lacking the physicality to play a holding role means he gets dropped. Essentially, that leaves just one left.

Lucas Torreira has already won over the fanbase with his tenacity and ferocity and, barring Xhaka, is the only naturally defensive midfielder in the group. The Uruguayan is likely to be in a straight battle with Xhaka for the remaining midfield spot. Sitting deep, Torreira would allow the other two of his midfield partners to flourish. Sticking to his duties as an enforcer, the 23-year-old would allow Guendouzi and Ceballos to perform similar roles as they did against Spurs.

With two of the finest strikers in the country, and a winger with promise by the shedload, getting Ceballos and Guendouzi in positions where they can aid the front three is paramount to Arsenal if they intend of returning Champions League football to north London.

A creator who has already demonstrated he can assist the forwards, along with a promising Frenchman to fill in the gaps, placing a trusted and defensively-minded Torreira in behind will open the door for a forward line that have all the ability to unpick any defence in the division.

So, Lucas Torreira IN, Granit Xhaka OUT. Possessing the youngest squad in the division, what may seem an inexperienced midfield only in the infancy of their careers, that isn’t the case. Yes, none of the trio have played 100 ​Premier League matches, but they are all international footballers who have a dogged and full-throttled approach that has been severely lacking in recent seasons.

Time will come to make changes, with heavy scheduling likely to see adjustments being made, but not at the level Emery is doing it at. Stick with these three for a run of games, and see whether they’re capable of performing together. With the attacking trio the club have, quality is in abundance. However, making that quality sing demands a backing choir in tune with the rhythm of their game.

This could be the three.

Give them a run in the side together. Wait and see. Boost their confidence as a trio.