Chelsea forward Tammy Abraham stated earlier this week that the England squad have discussed the issue, revealing that captain Harry Kane has told the squad they will leave the field of play as a team ‘if a player isn’t happy’. England players have been targeted with racism already in this qualifying campaign, with Raheem Sterling notably taking a personal stand against abusers in Montenegro, and there has been ​heightened concern over the upcoming trip to Bulgaria.

Manager Gareth Southgate admitted last month that the Three Lions are “…not confident that we’ll go [to Bulgaria] and nothing will happen.”

The stadium will be partially closed on Monday after Bulgaria were sanctioned by UEFA for racist fan behaviour during June qualifiers against Czech Republic and Kosovo. A Bulgaria fan was ​ejected from Wembley for aiming racist abuse at Raheem Sterling during the reverse fixture against England, while two Bulgarian club sides have also been punished by UEFA this season. But the BFU have taken exception to England players preparing themselves to face racism, with president Borislav Mihaylov sending a letter to UEFA to contest what they claim is an ‘offensive’, ‘stereotyped’ and ‘derogatory’ view of the Bulgarian public as racist and hostile.

That letter has been published in full on the BFU website.

Mihaylov referred specifically to a sanction imposed for racist chanting in 2011 and claimed that comments from the England camp in the build up to the upcoming game “disregard of all the work that the BFU has done over these eight years.”

Not referencing the much more recent incidents mentioned above, he also claimed, “The Bulgarian public has in no way committed any recent infringements that deserve it to be stereotyped as ‘racist’ or ‘hostile’”, calling accusations ‘unjust’. 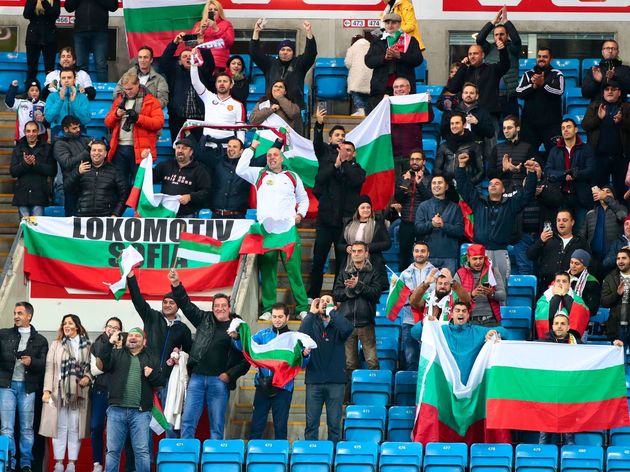 Mihaylov went on to suggest that England should be punished if they do go through with a walk off as it would break UEFA’s three-step protocol, which, if put into action, would gradually escalate and conclude with the referee abandoning the game.

The BFU chief spoke of a ‘great deal of respect’ for the England team in Bulgaria, labelling the Three Lions ‘one of the most popular foreign sides among our footballing fans’.