England recorded an emphatic 6-0 win over Bulgaria in Sofia on Monday night to bounce back from the Euro 2020 qualifier defeat to Czech Republic. However, a resounding win for Gareth Southgate’s men, which featured braces from Raheem Sterling and Ross Barkley was overshadowed by sickening scenes of racism that caused the first half to be stopped twice.

The Three Lions started swiftly and took the lead early on thanks to a great individual goal from Marcus Rashford – who was bought in for the game in place of Jadon Sancho.​ Another returning man Barkley then doubled England’s lead after some great play from ​Harry Kane and Sterling, with the Chelsea man tapping in from close range.

The game was then paused for several minutes following ​apparent racist abuse from sections of the home support at England’s black players including debutant Tyrone Mings. Following an announcement around the stadium as part of UEFA’s protocols, the game continued.

By the 30th minute mark, England were already home and cruising when Barkley headed home after a delicious cross from striker-turned-playmaker Kane. The game was seemingly over already. 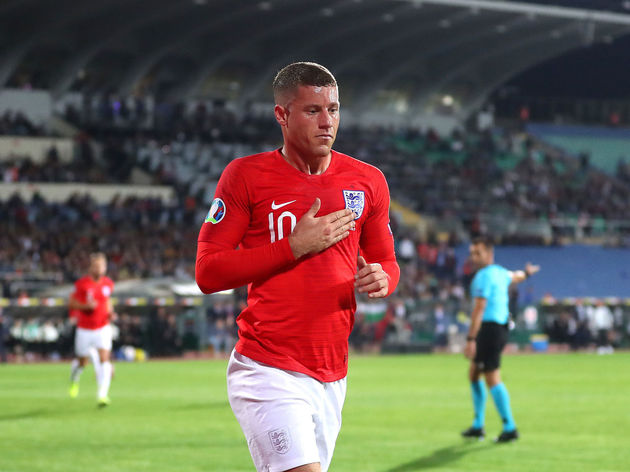 However, the initial warning over the racism remarks didn’t seem to make any difference, as the game was stopped for a second time with disgusting abuse continuing to be hurled at the England players.

As the game resumed once again, England added a fourth when ​Sterling put the ball into an empty net following a square ball from Kane. This was the last major piece of action of a first half that was dominated by anything but football. 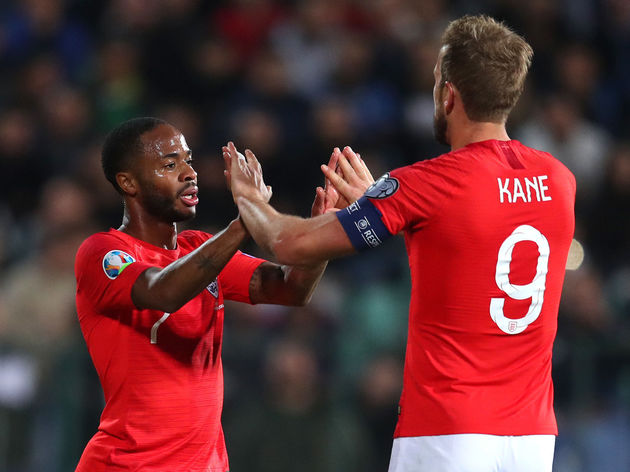 After a slow restart, Sterling slotted home on the 70-the minute mark when one-on-one with the keeper after yet another pass from Kane.

The England captain got his reward for a fantastic performance, as he grabbed the sixth goal of the game with an emphatic finish with his left foot into the near post.

The game ultimately finished 6-0 but will be long remembered for the events off the pitch.

Not an easy situation to play in and not one which should be happening in 2019. Proud we rose above it to take three points but this needs stamping out. pic.twitter.com/jTnUGOa8z2

While the England players did not walk off the pitch, their grace under the circumstances can be a major source of pride for fans.

The FA have already called for a UEFA investigation into the affair.

England have been absolutely exemplary so far across the board in their response to this abuse.

Gareth Southgate’s calmness, the communication between each other & their response through action on the pitch.

The ‘sanctions’ on the other hand clearly not up to it.#BULENG

We should really be talking about England qualifying for the European Championships. Or Kane and Barkley’s performances. Or Mings’ excellent England debut. Unfortunately we are talking about racist remarks hurled towards the England players from sections of Bulgarian fans.

Enough is enough now. Something has to be done. Scenes of Bulgarian ‘fans’ in black hoodies covering their faces, while making obscene and offensive gestures on television is simply sickening. The way Southgate and his troops dealt with it was incredibly inspiring and hopefully people take notice.

Also, the fact that the match officials went through the stages of the new protocol in an attempt to do something about the abuse is a watershed moment in football. All the England players as a collective could stake a claim to be the star man for their behaviour in response to the scenes of racism, while Sterling and Mings also stood out as individual performers. However, Kane was once again the best player for the Three Lions, flourishing with some pacy wingers running off him.

The England captain’s all round play is sensational, summed up by a hat-trick of assists for the first time in his career. He also grabbed a goal late on which will be a huge boost for the striker who has incredibly, uncharacteristically been struggling to put the ball away in the last few games.

Most importantly though, as captain of our national team, he led his team magnificently in the heat of what was going on. He and Southgate acted bravely and brilliantly, and hopefully this is the start of change in football. A proud moment for Kane and his team, and a perfect day for the skipper in very tough conditions.

Is Harry Kane the most complete striker in world football?

This isn’t a case of “oh come on, it’s mild/not that bad…” absolutely no place for racism. Zero tolerance! #ImWithEngland #BULENG

England need just one point from their final two games to secure qualification for Euro 2020, with Montenegro – already out of the running – next up in November.

To the Bulgarian racists at tonight’s game, your getting schooled by an England team made up of what makes this country great, a diverse and energetic young team made up of black, white and mixed race players! gbeng ✊✊✊

However, the main talking point is undoubtedly the actions of some Bulgarian fans, and the way the England players dealt with it. Looking ahead, something has to be done now. UEFA must take notice and action.

England as a nation can be proud tonight for several reasons.