​England inched closer to confirming their place at the 2020 European Championships with a thumping 6-0 victory over Bulgaria in a match that won’t be remembered for footballing reasons.

Tyrone Mings, Raheem Sterling and Marcus Rashford were the targets of abuse from the home crowd, with the referee having to enact UEFA’s protocol for dealing with racist behaviour.

Elsewhere, France continued to stutter in their clash with Turkey, Cristiano Ronaldo had a bittersweet night in Ukraine and Kosovo continued to impress in Group A. 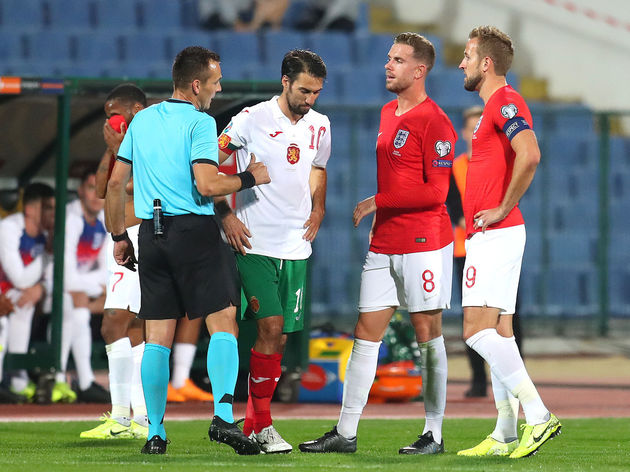 As a chorus of racist chants rang around the

Kosovo dumped Montenegro out of qualifying contention as they powered their way to an impressive win over the Brave Falcons.

Amir Rrahmani met an inswinging corner to bullet a header beyond Danijel Petvokic, with Vedat Muriqi making it two before half-time as he rounded off a devastating counterattack from

31 goals in his 53 international appearances, Mitrovic is a true predator in front of goal and, at 25, a certainty to be Serbia’s most prolific ever striker. pic.twitter.com/XKKPDVGCPk

Serbia’s hopes of qualifying from Group B remain intact (sort of), though they still need either Luxembourg or Lithuania to produce a shock result against Portugal.

Nevertheless, the Balkans fulfilled their end of the bargain with a 2-0 victory in Lithuania, ​Fulham hitman Aleksandar Mitrovic grabbing both of his nation’s goals from close-range after being teed up by Adem Ljajic for each.

Donatas Kazlauskas struck a late consolation, but it did nothing to dampen the jubilant scenes in the away end. 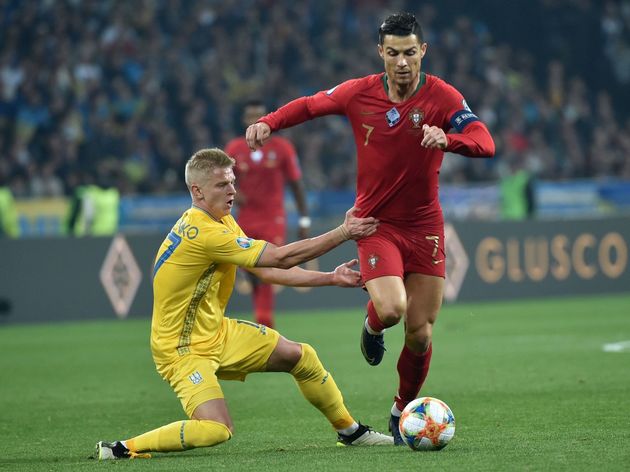 Ukraine booked their place at the finals courtesy of a 2-1 triumph over second-place Portugal in Kiev. Roman Yaremchuk gave the hosts the lead in the early stages of the encounter as he capitalised on a loose ball in the area after Fernando Santos’ side failed to clear the danger.

​West Ham United forward Andriy Yarmolenko then doubled the advantage midway through the opening half, firing home a neat cross from Vitalii Mykolenko.

That secured the Ukrainians’ safe passage, despite a late spot-kick from Cristiano Ronaldo bringing up 700 career goals for the ​Juventus phenomenon. France continued to struggle against the Turkish – who beat them 2-0 in June – as they allowed a late lead to slip in Paris.

Having been frustrated for the majority of the contest, Les Bleus found the breakthrough in the final fifteen minutes when Olivier Giroud rose highest to flick in an Antoine Griezmann corner.

However, they themselves came unstuck at a set-piece, Kaan Ayhan heading in from point-blank range with time running out at the Stade de France. That score could prove vital for his nation, with Turkey now top of the pool thanks to their head-to-head record versus France.

Iceland closed the gap to France and Turkey to four points with a comfortable 2-0 home win against minnows Andorra, yet they remain massive outsiders to make it to Euro 2020. A valiant showing from Albania was unable to save them after France avoided defeat. Now seven points behind Didier Deschamps’ recruits, their 4-0 thrashing of Moldova ultimately proved inconsequential.

Rey Manaj, Sokol Cikalleshi, Keidi Bare and Lorenc Trashi were on target for the Eagles, the latter hitting a fine goal with a whipped effort from outside the area in Chisinau.