​Former Juventus manager is keen to reunite with Patrice Evra at Old Trafford if he becomes the Manchester United boss in the near future.

Current manager Ole Gunnar Solskjaer is under immense pressure after an abysmal start to the season, and it has been speculated that the Norwegian could soon be relieved of his duties if his side fail to improve.

United have picked up just nine points from their opening eight Premier League games, and sit 12th in the table. 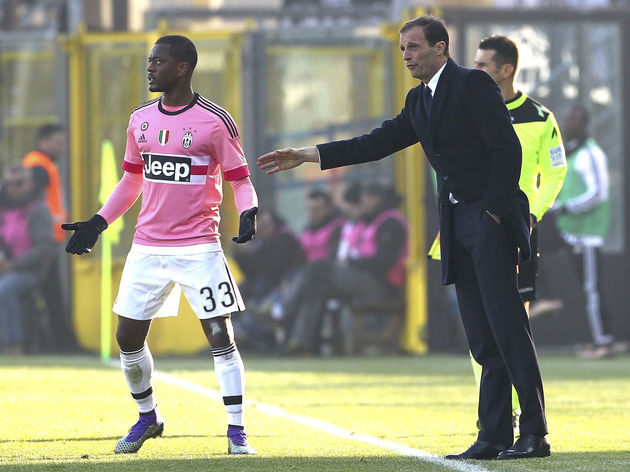 Allegri is believed to be a leading candidate for the role, and the ​Daily Mail claim that, if he got the job, he would want to work alongside Evra once more. The Frenchman is a popular figure at Old Trafford, and he forged a strong bond with Allegri when the pair combined to win two ​Serie A titles with ​Juventus.

​Tottenham are also considering a move for Allegri should Mauricio Pochettino leave the club, but it appears as though he has begun making plans to take over at ​United instead.

Allegri has reportedly promised Evra that he would be included in his backroom staff at Old Trafford, although in what capacity is currently unclear. Trusted assistant

Bringing Evra in would certainly be a popular decision amongst United fans. Between 2006 and 2014, he racked up 379 appearances for the Red Devils, winning five Premier League titles, three League Cups, the Champions League and the Club World Cup.

If United want to return to that level of success, then they may have to part ways with club legend Solskjaer, and Allegri appears to be waiting in the wings.