Real Madrid have welcomed James Rodríguez, Ferland Mendy and Brahim Díaz back to training ahead of their clash with Real Mallorca.

The trio have all been sidelined through injury in recent weeks, adding to manager Zinedine Zidane’s injury woes this season.

However, as noted by ​Marca, all three returned to first-team training on Monday and are now expected to be available to feature in some capacity against Mallorca on Saturday.

Madrid are most confident of being able to include ​Rodríguez in the matchday squad. The Colombia international has been battling a calf injury and has been restricted to just working in the gym during the international break, but now appears to have shaken off the issue.

Díaz could also be included in his first squad of the season, but there are doubts whether Mendy will be ready to return in time for Saturday’s game.

The Frenchman has struggled with a muscle injury since September and was not initially expected to be fit for the game. Madrid may opt to keep him on the sidelines for a little while longer in the hope that he recovers in time to face ​Barcelona on October 27.

Los Blancos are believed to be doing something similar with ​Toni Kroos. The German has begun training by himself after recovering from a muscle injury, and ​AS state that he may be ready to return in time for El Clasico.

Zidane is already sweating over the fitness of both ​Luka Modric and ​Gareth Bale, who picked up injuries during the international break and are in danger of missing the match at Camp Nou. 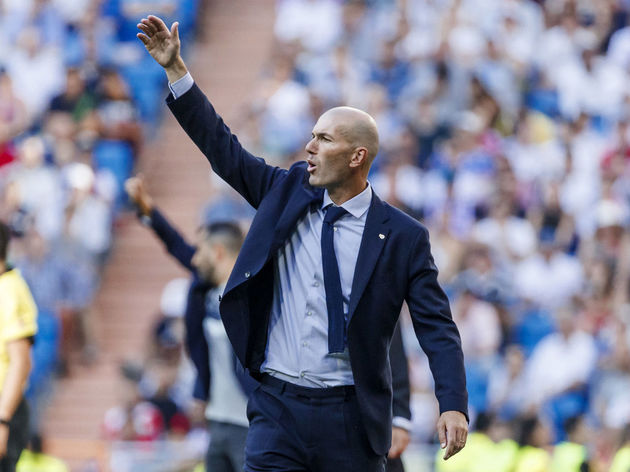 Despite a challenging start to the season, Real actually find themselves top of ​La Liga and they are undefeated in their eight league games this season.

With Barcelona close behind in second, El Clasico looks set to be a pivotal fixture in the season, and it appears as though Real will have the majority of their squad available for the game.