​Norwich City are set to demand £50m from Tottenham Hotspur if the north London side want to sign 21-year-old centre back Ben Godfrey.

Godfrey has started every Premier League game so far for the Canaries and has put in a number of impressive performances, which has caught the eye of a number of elite sides around Europe. 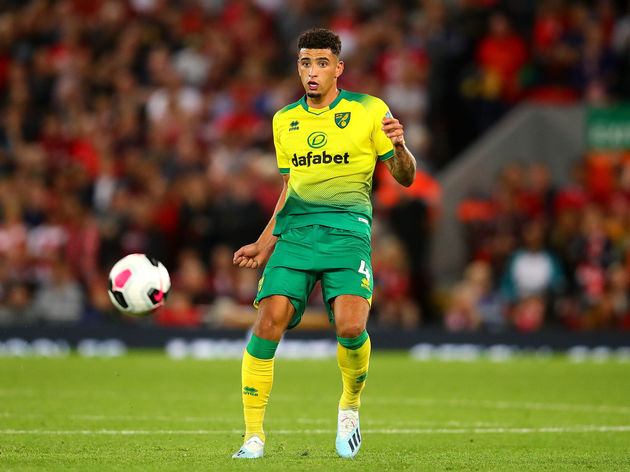 Spurs are one of those clubs said to be monitoring Godfrey but, according to The Athletic, Norwich are ready to demand £50m for his signature in an attempt to fend off the interest and keep the youngster at the club.

Norwich have used two transfers to gauge their asking price. Firstly, ​Harry Maguire’s £85m move to ​Manchester United has been considered, while ​Brighton’s £20m acquisition of Adam Webster – who had only played ​Championship football beforehand – has also contributed to the Canaries’ asking price.

Many at the club feel Godfrey has what it takes to succeed at the next level, and Spurs seemingly agree. José Mourinho’s side are facing the possibility of losing both Toby Alderweireld and Jan Vertonghen in the near future, so finding new centre backs could be high on the agenda. However, even if they stay, both are over 30 years old and would soon need to be replaced anyway, and Godfrey is seen as the kind of player who Spurs want to take over.

North London rivals ​Arsenal have also been linked with Godfrey, while ​Borussia Dortmund and Lyon have both kept a close eye on the 21-year-old on a number of occasions this season, so Spurs’ path to signing him is certainly not as clear as they would like.

While the £50m asking price seems a bit steep, that is the sort of price clubs have to pay for youngsters with top-flight experience these days, particularly given English talents often go for even more purely because of their value as a home-grown player to Premier League sides. At one point down the line, Spurs will need to replace both Alderweireld and Vertonghen. Godfrey is young and certainly not at the required level just yet, but his exciting potential definitely makes him a viable option.