​Crystal Palace will be hoping to extend their three-game unbeaten run when they host Brighton in the Premier League on Monday night.

Palace have won two and drawn one of their last three matches, most recently playing out a goalless draw with bottom of the table Watford. Roy Hodgson’s side have kept three consecutive clean sheets and currently sit tenth in the league table. 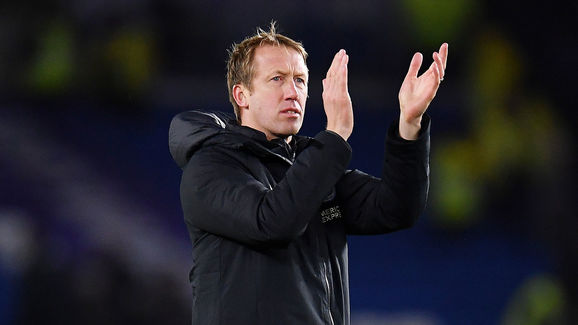 Meanwhile, Brighton will be aiming to create further space between themselves and the relegation zone, currently sitting only four points above Southampton. A hard-earned 2-2 draw with Wolves last time out continued the Graham Potter revolution at the Amex, but a trip to Selhurst Park will be an equally difficult challenge for the Seagulls.

Both sides will feel they have a great opportunity of picking up points in this clash, with Palace slight favourites in this derby match.

​​Crystal Palace have a number of defensive issues ahead of this game, with Joel Ward, Patrick van Aanholt and Jeffrey Schlupp sidelined through injury, while Mamadou Sakho is still suspended following his red card against Bournemouth. This means Jairo Riedewald could start his first match since February 2018 at left-back. For Brighton, Jose Izquierdo is still injured, while Aaron Connolly and Solly March face late fitness tests. Key midfielder Dale Stephens is also out having picked up his fifth yellow card of the term, resulting in a one-match suspension.

These two sides have faced one another 101 times in the past, with Brighton having the narrow advantage of 40 wins to Palace’s 36. Brighton won both games between the two sides last season, including their visit to Selhurst Park where they beat the hosts 2-1 courtesy of goals from Glenn Murray and Anthony Knockaert.

Crystal Palace are undefeated in their last three matches, having lost four of their five games prior. Their last encounter was a bore draw with Watford, and epitomised Palace’s inability to create and take chances this term.

Regardless, Palace are somehow only seven points off ​Chelsea in fourth, and seven points off Southampton in the relegation zone, meaning the hectic Christmas period will be vital for Hodgson’s side.​ Brighton have had a rollercoaster start to the season during a difficult transitional period under new boss Potter. The Seagulls secured a glorious victory against ​Arsenal, followed up by a hard-fought point against Wolves, in their last two outings.

Their new possession-based style has had its teething problems, often playing themselves in to trouble against Wolves, and perhaps being the reason behind them keeping only one clean sheet in their last eight matches.

From Opta – Having been beaten by an Anthony Knockaert stunner last term, Crystal Palace will be motivated to avoid back-to-back home league defeats to rivals Brighton for the first time since 1983. Accordingly, a third straight Seagulls success in this fixture would be their best such run since 1984.

Goals may again be at a premium in Roy Hodgson’s 100th game as Palace boss. They have six clean sheets in the league this season – second only to Leicester (seven) – but have failed to net in seven matches. Only Watford (nine games) have drawn a blank more often in 2019/20.​

This one is highly unlikely to be a goal fest, with both sides lacking a clinical finisher up front. However, the form of Neal Maupay – who has scored two in his last two matches – has somewhat eased the Seagulls’ goalscoring issues.

Crystal Palace have an identical record on the road as they do at home this season, but Palace are never an easy team to face at Selhurst Park.​ The performance of star man ​Wilfried Zaha will undoubtedly be decisive for the Eagles, who have been so reliant on the Ivorian in recent seasons.

It will be a close and feisty affair in the ‘A23 Derby’ with both sides capable of getting the result they desperately crave.