Özil was hauled off shortly before the hour mark, and he was greeted by a chorus of boos from many inside the Emirates Stadium. He looked to have kept his composure, but was seen kicking his gloves in frustration as soon as he had left the pitch. 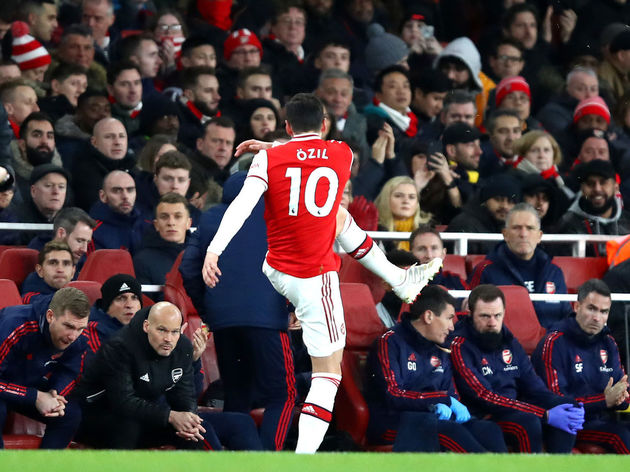 Speaking after the game (via ​Sky Sports), Ljungberg insisted that ​Özil

“You should be annoyed when you come off, but I’m the coach at the moment and take the decision that I want more energy in the team,” Ljungberg said.

“We are a team that want possession, but sometimes we want to run, tackle and win the ball back. Emile [Smith Rowe] did extremely well in Belgium and I wanted to give him the chance, and I think he did well when he came on.

“For me, I took Mesut off because I wanted more energy in the team. If he wants to react when he goes off that’s up to him, and we’ll deal with it later.

“First of all, I am here on a day-to-day basis, so we’ll see what that is in the future, but of course we want players in the right way.”

Özil’s reaction came shortly after Arsenal released a statement ​distancing themselves from his comments about China’s treatment of their frustrated Özil even more. Özil has started all three of Ljungberg’s league games so far but, outside of contributing an assist in the 2-1 loss to ​Brighton, he has been largely disappointing, and Ljungberg clearly felt that his side had a better chance of salvaging a result against ​City without him on the pitch.