​With a swathe of injuries to first-team stars already, Ole Gunnar Solskjaer’s decision to field a near-full strength side for their FA Cup fourth round tie with Tranmere Rovers naturally raised a few eyebrows.

Sure, the Rovers saw off Watford in the previous round after a replay, but the fact of the matter is, they’re 21st in League One and in serious danger of dropping into the fourth tier of English football.

On a patch of grass that it would be rude to call a pitch, the chances of inflicting further injuries to his squad was increased ten-fold, so why Solskjaer chose to risk depleting his squad more than it already is, caused a lot of confusion.

Why did he field such a strong side?

And while you could argue that a weaker side could still have navigated their way through this tie – in no way assured – that was clearly a risk not worth taking for the Norwegian boss.

5 – Manchester United have netted five goals in the first half of a game for the first time since February 2001 (6-1 v Arsenal) – current manager Ole Gunnar Solskjær scored the fifth goal for the Red Devils that day. Update. https://t.co/Cx4BcYeHAH

Bereft of confidence at the moment, ​Manchester United need anything they can get in order to appease their discontent supporters.

He’s come under significant criticism this season – much of which is justified – but all he can do is try and put points on the board…or trophies in the cabinet.

​One of which is the FA Cup.

His decision to field an experienced lineup against Tranmere was vindicated after just 16 minutes. Three goals in a swashbuckling six-minute spell put the game beyond the hosts’ reach, despite a strong start from Micky Mellon’s side. 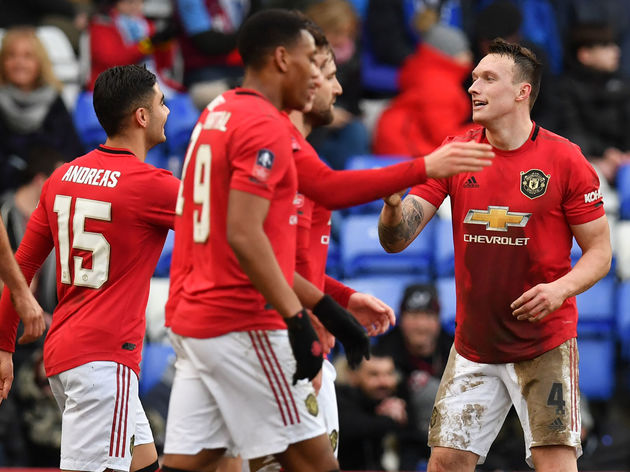 From thereon in they could ease their foot off of the gas. To be fair, they didn’t really do that, and continued dominating the ball in a bid to add further gloss to the scoreline. Leading 5-0 up at the break, ideally Solskjaer would have brought 11 different players out for the second period.

He made the changes he wanted, as with the game well out of Tranmere’s reach there was little to no concern of a historic collapse unfolding. United were so confident there were centre-halves making bursts into the penalty. It was just a matter of how many they’d get before full time.

While it’s been proven in the past that FA Cup success doesn’t ensure job security at Old Trafford (see a certain Dutchman), it’s clear that the United hierarchy are intent on backing their man, so any steps in the right direction will be welcomed with open arms.

Of course, given the option it’s fair to assume that the vast majority of United supporters would favour a top four place and a return to the ​Champions League over lifting the FA Cup. But given the lack of genuine quality in the squad, the FA Cup has to go hand-in-hand with top four aspirations – leaving the Europa League trailing behind in the pecking order.

Cries of United being ‘dead’ are highly exaggerated. Admittedly, the current slump is arguably the worst spell post-Fergie, but a domestic trophy would go some way towards healing those wounds, and they’re (somehow) still fifth. Wins breed confidence and that will be