​Chelsea manager Frank Lampard has revealed his disappointment at the impact of VAR during his side’s 2-0 loss to Manchester United on Monday.

United captain Harry Maguire was perhaps fortunate to escape an early red card for kicking out at Michy Batshuayi, and the defender then went on to score the second goal of the game.

Before that, Chelsea also had a goal controversially ruled out through Kurt Zouma after there was ruled to be a foul in the build-up.

It was certainly a frustrating evening for ​Chelsea, who later had another goal correctly chalked off for offside, and Lampard admitted (via the ​Evening Standard) that he was more than a little frustrated by the whole game.

“​Harry Maguire should’ve got a red – then he scores the second goal and the game changes off that,” he said.

“I didn’t have a dialogue [with the fourth official] – I hadn’t seen it, so there was nothing to say.

“It was universally the wrong decision. It’s not my opinion. Everyone I’ve spoken to says the same thing.” 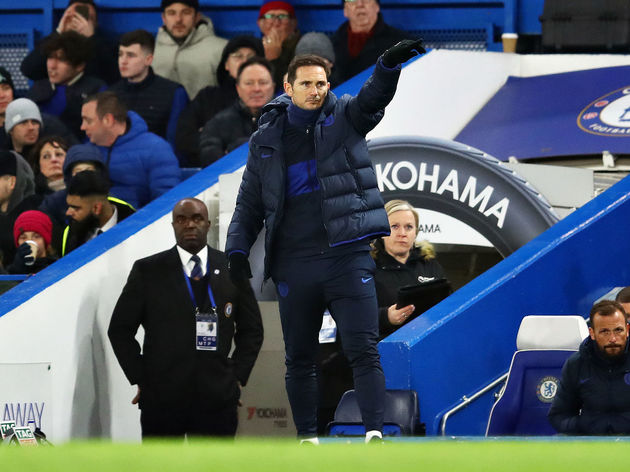 “We’re in fourth place by one point, so the season starts here and we need to fight to get fourth place,” said Lampard.

“Every week we look at the stats and it’s very clear we make as many chances as anyone else bar ​Liverpool. I don’t want to talk about regrets, the window is past now.”