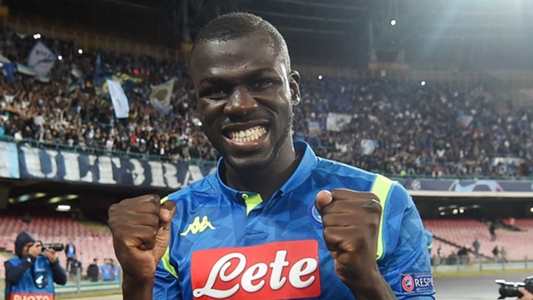 Napoli defender Kalidou Koulibaly has been honoured with a spot in the 2017-18 Serie A Team of the Year by the Italian Footballers’ Association.

The centre-back was a regular fixture in the Partenopei’s set-up that finished second behind Juventus in the Italian top-flight last season and has made his way into the annual selection for the third time in a row.

His solid defensive work limited Napoli to just three losses as they kept 19 clean slates in the 2017-18 Serie A campaign.

The Senegalese defender who was in action Napoli’s 2-1 win over Atalanta on Monday night has played every match under Carlo Ancelotti this season.

His fine form in the Italian top-flight has attracted interests from Manchester United and Barcelona but Napoli moved swiftly to hand him a five-year contract that will see him remain at the Stadio San Paolo until 2023. 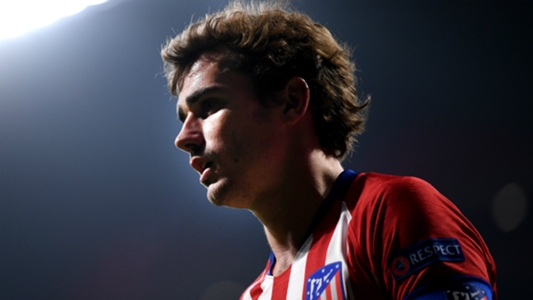 Antoine Griezmann expressed his disappointment but put the World Cup ahead of the Ballon d’Or after the Atletico Madrid and France star missed out on the coveted individual award to Luka Modric.

Griezmann helped France to 2018 World Cup glory in Russia, while he also enjoyed a triumphant Europa League campaign with Atletico but the 27-year-old finished third behind Modric on Monday.

Griezmann has spoken openly about his Ballon d’Or ambitions and reflecting post-ceremony, the forward told reporters: “I am very happy with my year 2018.

“I won the Europa League, I won the Super Cup and the World Cup so it’s a great year. A little disappointed [to miss out on the Ballon d’Or] but it was a big night to celebrate the winners so I had to be there.”

When asked if he will ever claim the Ballon d’Or, Griezmann responded: “I think if I keep working the way I am, why not?

“But I’m on the right track, I’ve claimed two podiums so we have to keep going like this.”

Pressed on choosing between the Ballon d’Or and World Cup, Griezmann said: “The World Cup!”

“It’s earned,” Griezmann added. “He had a great season. He won the Champions League.” 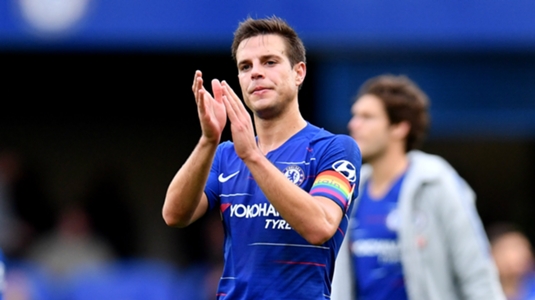 Cesar Azpilicueta has committed his future to Chelsea by signing a new four-year deal through to 2022.

Goal revealed on Monday that the Spaniard was set to agree an extension on £150,000-a-week, and that contract has now been confirmed.

The 29-year-old has been at Stamford Bridge since 2012 and is just two appearances away from reaching 300 for the Blues.

He is delighted to have signed fresh terms and is looking forward to challenging for more major honours under Maurizio Sarri.

Azpilicueta told Chelsea’s official website: “I am really happy to extend my stay here at Chelsea.

“Since I came, I felt the joy and responsibility to play for this club, these fans, and every time I go on the pitch I try do my best.

“Hopefully there is a lot to come and we can keep Chelsea where it belongs.”

Chelsea director Marina Granovskaia added on an important deal for the club: “Cesar is one of our longest-serving players and has proven to be a fantastic acquisition over the past six years.

“His professionalism and consistency in that time have been second to none and he has also developed into one of the squad’s most influential players.

“This new contract will take Cesar to 10 seasons at Chelsea, and we hope that over the next four years he will be a key part of our success.”

Delighted to be a blue until 2022. Since I arrived in 2012, my desire has been always to give my best and fight for this club, and now more than ever, I feel the responsibility to bring more success to this family.

WE WILL KEEP THE BLUE FLAG FLYING HIGH !

Azpilicueta joined Chelsea as part of a transfer package worth an initial €7 million (£6m/$8m).

He has represented remarkable value for money, with his consistency and ability to steer clear of injury proving to be useful assets.

A man who forced his way into the senior Spain squad during his first season in the Premier League has also helped himself to an enviable collection of trophies while in west London.

He has two English top-flight titles to his name, along with FA Cup and League Cup triumphs and a Europa League crown. 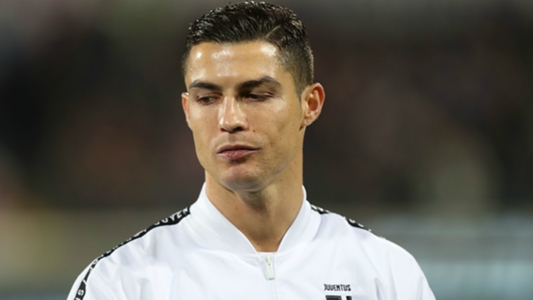 Gianluigi Buffon said Cristiano Ronaldo is free to decide what he wants to do in his life after the Juventus superstar did not attend the Ballon d’Or ceremony.

Messi, meanwhile, fell all the way to fifth place despite winning La Liga and the Copa del Rey with Barcelona.

Paris Saint-Germain goalkeeper and ex-Juve captain Buffon was asked about Ronaldo’s absence and he told reporters: “I think we are all free people.

“Everybody decides what he wants of his life.”

Ronaldo has enjoyed a fine start to life at Juventus since sensationally leaving Champions League holders Madrid in the off-season.

The 33-year-old has scored 11 goals in 18 games after netting in last week’s 3-0 win against Fiorentina.

Ronaldo became the first Juve player since John Charles (1957-58) to score at least 10 goals in his first Serie A season after matchday 14.

Next up for Ronaldo and Juventus is a clash with Inter Milan on Friday while Buffon’s PSG take on Strasbourg on Wednesday.