Chelsea and Juventus are set to hold talks on Saturday in Nice as the Blues target moves for a number of the Serie A champions’ players.

Sarri has targeted moves for a number of Juventus players due to his familiarity with Serie A, having already secured the arrival of Jorginho from Napoli.

A second bid of £45 million ($59m) was lodged for centre-back Daniele Rugani earlier in the week, and Chelsea are hopeful that these talks will allow a breakthrough to be made in their pursuit of the Italy international.

The Blues have already seen a £36m ($47m) bid rejected by the Bianconeri for Rugani but he remains Sarri’s primary defensive target with less than two weeks of the transfer window left to run in England.

Should Rugani prove unattainable, Chelsea will turn their attentions to his team-mate Mattia Caldara.

The 24-year-old is yet to make an appearance for Massimiliano Allegri’s side, having signed for Juve in January 2017 before being loaned back to Atalanta for 18 months in a bid to gain further experience.

Caldara has been linked with a move away already this summer, with AC Milan reportedly keen to bring him to San Siro in a deal that would potentially see Leonardo Bonucci move in the opposite direction. 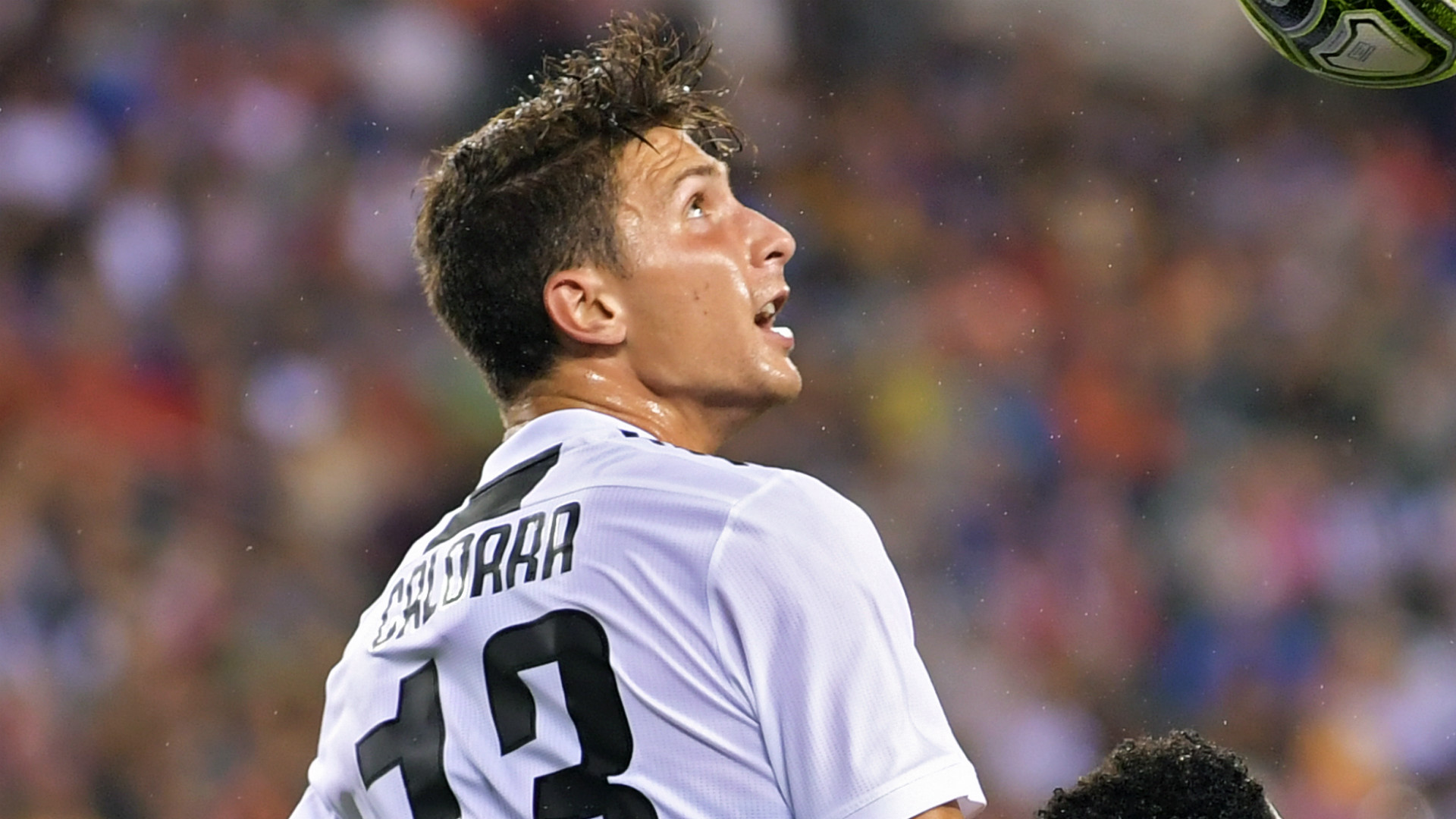 Bonucci has made it clear that he wishes to return to Turin after just one season with the Rossoneri, and as revealed by Goal, they have been exploring a potential swap deal that would involve Gonzalo Higuain.

Argentina international Higuain is surplus to requirements at Juve following the arrival of Cristiano Ronaldo, and Chelsea are hopeful that Saturday’s talks could see them jump to the head of the queue in that race.

Sarri managed Higuain during his time at Napoli and is keen to bring the former Real Madrid man to west London to spearhead his attack following Alvaro Morata’s struggles in 2017-18.

Juventus have prioritised selling Higuain as they look to free up some money to spend in the final weeks of the transfer window, though they would still likely want in excess of €60m (£53.4m/$70m) for their top goalscorer from the last two seasons. 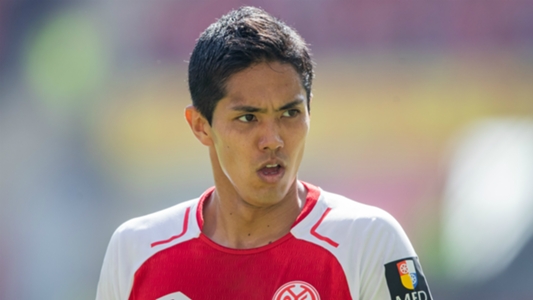 Yoshinori Muto will join Newcastle United from Mainz in a reported £9.5 million ($12.4m) deal pending approval of his application for a work permit.

The 26-year-old forward has agreed terms and undergone a medical with the Premier League club as Rafael Benitez seeks to sew up his fourth signing of the close-season.

The move had originally been confirmed by Mainz on Thursday.

But the completion of the move has been delayed until at least next week, when a hearing will be held to determine whether the Japan international is granted a work permit.

Muto featured once for his country at the World Cup in Russia, starting and playing 82 minutes in the 1-0 group-stage loss to Poland.

He has won 25 caps in total for Japan.

Known for his pace and energy, the former FC Tokyo man boasts 20 goals from three Bundesliga seasons with Mainz. 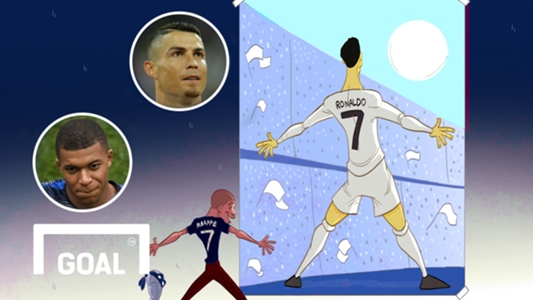 The PSG teenage forward has swapped from the No.29 for the new season and had a response to rumours he could transfer to Real Madrid this summer 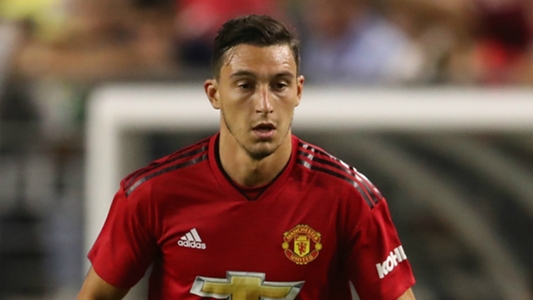 Matteo Darmian has not changed his mind about wanting to leave Manchester United despite regular right-back Antonio Valencia being sidelined with injury.

Valencia and new signing Diogo Dalot have both been out of action on the club’s tour of the United States, with Darmian selected against AC Milan in the International Champions Cup.

The full-back even wore the captain’s armband against his boyhood club in Valencia’s absence but Darmian remains determined to leave Old Trafford before the closure of the transfer window.

“I don’t think the injury of Antonio is a big injury,” Darmian, who is in the final year of his United contract, said.

“I don’t know how long he needs to stay out, but at the moment he is the captain, he’s first choice.

“I want to play more regularly. Last season, I didn’t play much – that’s my objective and my ambition.

“That’s why I spoke with the manager and also with the club about my future.

“I want to leave but we will see what happens because we don’t know.”

Juventus and Inter have been linked with Darmian but United manager Jose Mourinho said no offers received for the full-back have been close to the club’s valuation.

And former Torino defender Darmian sees a return to his homeland as the most likely destination as he sticks to his guns over a United exit, having been restricted to five Premier League starts in 2017-18.

“It’s an option. Yes, probably,” Darmian said of a possible Serie A switch.

“We will see what happens. Honestly, I’m waiting. If I stay, I stay and I do what I did up until now. If I go, it is because the offer that another team makes will be good.

“To play for probably the best club in the world is a good thing, and for me, it’s an honour to play here and play for Manchester United. But we have to take decisions in our life and this is my decision.” 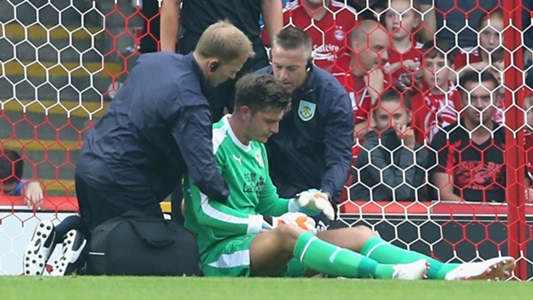 Pope was withdrawn after just 14 minutes at Pittodrie, receiving a knock to his shoulder and forcing Dyche to send on Anders Lindegaard in his place.

Lindegaard was on the field for just five minutes before Gary Mackay-Steven gave Aberdeen the lead from the penalty spot, but Sam Vokes rescued Burnley with a goal 10 minutes from time to level the tie at 1-1 going into the second leg.

Dyche gave a negative assessment of Pope’s injury, saying: “We are waiting to find out more news.

“Nick has gone to hospital with an injury to his shoulder and it certainly looks more serious than not serious at this stage, so we are really disappointed in that.

PIC: Nick Pope is helped off after suffering an injury early in the game pic.twitter.com/vpbl69jhHt
— Burnley FC (@BurnleyOfficial) July 26, 2018

“It was a bit of a needless challenge when Nick looked like he was just going to catch it, and then [after the ball lands] I think it’s the second challenge.

“When he responds to stop the ball going in I think the lad has caught his arm and knocked it back, so we’ll just have to wait and see.”

The news is a particular blow to Burnley given Tom Heaton is yet to return to action following the dislocated shoulder he suffered last September.

They host Aberdeen at Turf Moor next Thursday and begin their Premier League campaign against Southampton on August 12.