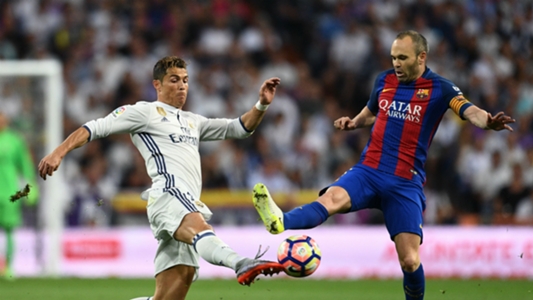 Ronaldo left Madrid for Juventus after the World Cup, causing something of a shock as he ended a nine-year association with Los Blancos.

Iniesta’s own La Liga departure was rather less of a surprise, as speculation had long suggested the Spaniard was destined for a move to Asia despite signing a new lifetime contract just last year.

Ronaldo’s impact will likely be noticed more by the average spectator given his record of scoring at least 25 league goals in each of his nine seasons in Madrid.

But Valverde believes his own loss of Iniesta – who joined J.League side Vissel Kobe – is just as significant.

“We do not know to what extent this will weaken Madrid, but he is a player who has given a lot to the club and you have to recognise everything he has done,” Valverde said of Ronaldo to reporters.

“The loss of Cristiano Ronaldo in Madrid is as important as the one we have with Andres. Julen [Lopetegui, Madrid coach] will try to notice Cristiano’s absence as little as possible.” 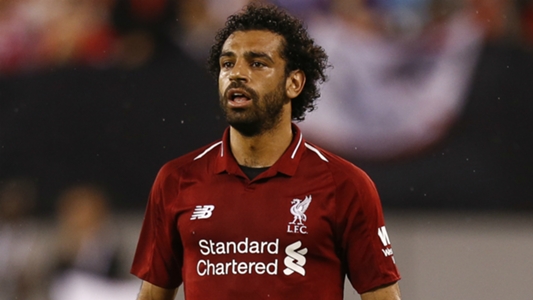 Mohamed Salah says that he is fully fit and recovered from a shoulder injury as he looks ahead to the new season with Liverpool.

Salah, 26, returned to training at the end of last week after World Cup duty with Egypt and marked his first pre-season appearance for the Reds with a goal against Manchester City in the International Champions Cup.

The forward had a remarkable first season at Anfield, scoring 44 goals and gaining wide recognition for his performances, success which was capped with the PFA Player of the Year award.

Liverpool have been busy in the transfer window as they look to challenge for the Premier League title and Salah is glad to be working with his new team-mates, having suffered an injury in the Champions League final defeat to Real Madrid that hindered him in Russia.

“Last year I had a great season – everyone, not just me. When people talk about myself, yes there is some pressure because it was a record [most goals in a 38-game Premier League season].

“We also have to improve [again] in the Champions League and finish in a better position in the Premier League.

Liverpool continue their pre-season tour on Saturday when they face old foes Manchester United in Michigan. 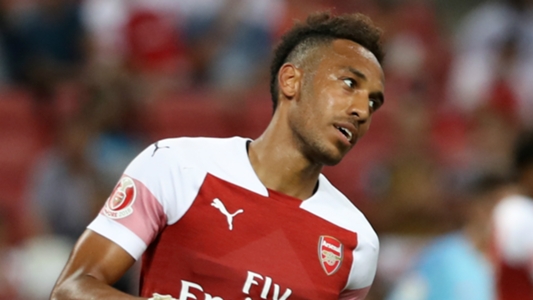 2′ Excellent early pressure by Arsenal, they are pressing high up the pitch and force PSG into making a mistake deep in their own half as they tried to play the ball out from the back. However, they cannot capitalise on this opportunity and PSG do well to get out of trouble.

The two sides are making their way out onto the pitch, with just a few minutes to go until kick-off. Stay tuned for all of the match action!

PSG are without a number of their star players due to the likes of Neymar, Edinson Cavani and Kylian Mbappe currently enjoying extended breaks following their World Cup duties. Tuchel has opted for a young and inexperienced side to play Arsenal today, however they are boosted by Italian veteran goalkeeper Gianluigi Buffon in goal.

Emile Smith Rowe impressed for the Gunners, scoring a stunning equaliser as Emery gave run-outs to a few of his young stars against Atletico. Smith Rowe picked up a slight knock and therefore doesn’t start today, with the Arsenal manager making a number of changes ahead of today’s game. Mesut Ozil who didn’t feature against Atletico, returns to the Arsenal side today and he will be captaining the Gunners.

The team news is in, here is how the two teams will line-up today…

The Gunners will be looking to capitalise on their solid display against Atletico Madrid, when they drew 1-1, however they went on to lose 3-1 on penalties. Meanwhile the French champions will be aiming to bounce back from their 3-1 loss against Bayern Munich.

Both clubs have new managers ahead of the new season, as ex-Dortmund boss Thomas Tuchel is also readying for the new Ligue 1 campaign with PSG. While it’s an early reunion with PSG for Unai Emery, the former PSG boss is set to guide Arsenal in their first Premier League season without Arsene Wenger as manager, after the Frenchman’s 22 years in charge of the Gunners came to an end last season.

Hello and welcome to our live coverage of today’s International Champions Cup game between Arsenal and PSG. 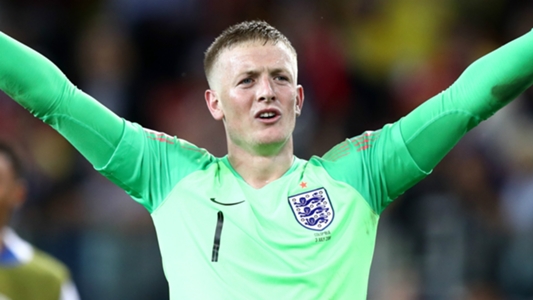 Everton will reject offers from any club for Jordan Pickford amid reports linking Chelsea with a move for the goalkeeper, Goal understands.

Marco Silva’s side are keen to hold onto their prized asset as they aim to do more business themselves in the final two weeks of the transfer window, having already landed Richarlison from Watford and waved goodbye to Davy Klaassen and Ramiro Funes Mori.

Everton’s relationship with Chelsea is strained due to the London side’s previous approaches for John Stones and Ross Barkley having proved disruptive for the Merseyside club.

The Blues are said to have made the shot-stopper a top target while they run the risk of losing current No.1 Thibaut Courtois to Real Madrid, as he pushes for a move to the European champions to be closer to his family in the Spanish capital.

Talks for the 26-year-old have stalled as Chelsea want a replacement to come in before sanctioning the sale of their reliable first choice.

However, Pickford is unlikely to be the one to step in for the Belgian, as he only joined the Toffees last year in a £30 million move from Sunderland and still has four years remaining on his contract, but his impressive displays at the World Cup have only increased talk of him heading to a bigger Premier League side.

Alisson was Chelsea’s initial top target to replace Courtois but he went on to join Everton’s rivals Liverpool in a £65m ($87m) deal from Roma.

Chelsea have also been linked with Jack Butland, Kasper Schmeichel and Gianluigi Donnarumma, but a clear option has yet to be determined.

Maurizio Sarri’s side have already landed one backup goalkeeper this summer in the form of ex-England No.1 Rob Green and they also landed midfielder Jorginho from Napoli.

Meanwhile, Chelsea are also in talks with Juventus over the potential signing of Gonzalo Higuain, Daniele Rugani and Mattia Caldara.

Barcelona’s summer transfer business is not over, according to coach Ernesto Valverde, who says the Blaugrana are likely to make more signings before the close of the window.

The Liga champions recently announced the capture of Brazilian winger Malcom from Bordeaux, beating Roma to the punch at the last minute.

And while Barca’s business so far represents a solid strengthening of the squad, Valverde feels his squad lacks depth in midfield following the exits of Andres Iniesta and Paulinho.

“We’re open to any possibility,” the coach told a news conference, “It’s true that we’ve had some big departures in midfield so it’s likely that we will make more signings.

“We will try to build the most competitive squad possible, keeping in mind that Andres [Iniesta] and Paulinho have left.”

When quizzed on what profile the club are looking for in terms of targets, he said: “It doesn’t depend only on me, but on the club and what players are available.

“We want players that fit our style. We need people that can generate play through the middle – and if they can get forward into the box, too, even better.”

Despite all the talk of more signings, Valverde is eager to trim the fat from his squad, with Lucas Digne close to Everton and one of five central defenders likely to be moved on. 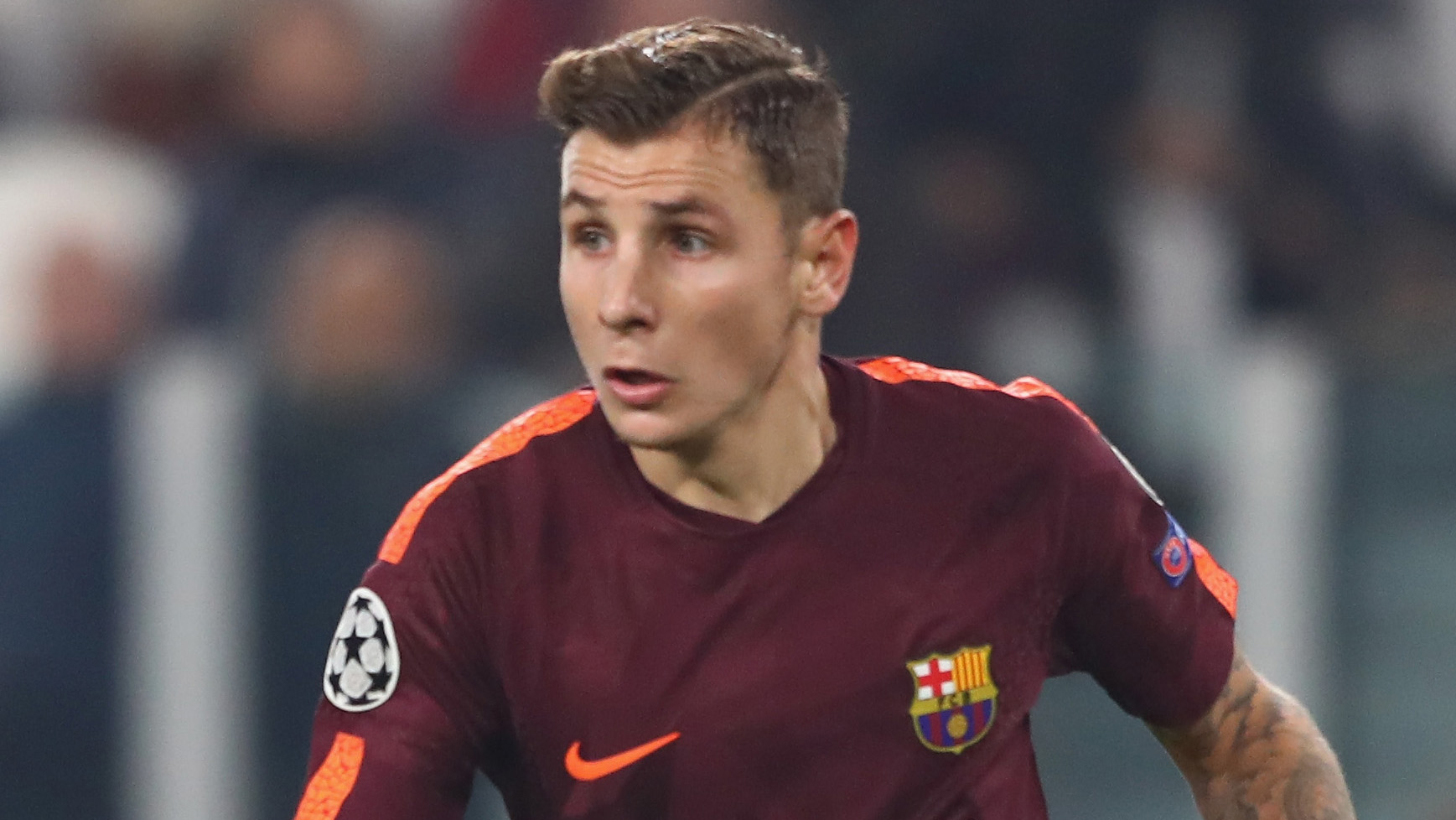 Firmly in the midst of pre-season, however, the coach has time to run the rule over his fringe players and make an informed decision over who he wants to keep at Camp Nou.

“It’s a familiar story for all the teams at this stage of the season,” he said, “There are players coming back from loans, players from the B team and we have to decide [who will stay and who will go].

“We think the B team can help us this year, and, yes, I prefer to have a small squad. As for the players that could go, we will see.

“The tour of the United States provides a chance for the players coming back from loans and up from the B team.”