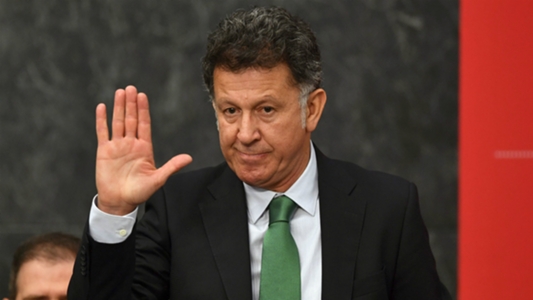 Despite the Mexican Football Federation’s attempt to keep him on board, head coach Juan Carlos Osorio has decided to move on.

Osorio has turned down Mexico’s offer of a contract extension and will leave the job he has held since 2015, a source close to Osorio confirmed to Goal on Thursday.

Osorio has not accepted another position yet and, while he hasn’t finalized his next job, the Colombia national team and United States national team positions are the leading possibilities for the 56-year-old.

The decision comes as no surprise to those close to Osorio, who were well aware of his desire to pursue a new challenge after a tumultuous three years with Mexico.

The traumatic 7-0 loss to Chile in the 2016 Copa America nearly led to him being forced out, but Osorio survived and went on to help lead Mexico to a first-place finish in CONCACAF World Cup qualifying.

The Chile loss cast a long shadow on Osorio’s tenure as coach. He was never fully embraced by the Mexican fan base, and the national media regularly criticized his decisions and tactics.

Osorio is less than a month removed from guiding Mexico to another run to the last 16 at the World Cup, though the team’s inability to reach the quarterfinals put a damper on what was seen as an impressive showing by El Tri, which lost to Brazil in the round of 16. Mexico’s World Cup opening victory against Germany boosted Osorio’s profile, as his tactics helped El Tri surprise the reigning World Cup champions.

By the end of the finals, Osorio had helped improve his standing in Mexico, but the team’s memorable run in Russia wasn’t enough to convince him to stay in for another cycle, a decision that leaves Mexico once again needing to rebuild.

As for Osorio’s future, he is believed to be a leading candidate to replace Jose Pekerman as Colombia coach, with Pekerman having been linked to a position as director of football for the Argentina national team. Osorio, who is currently in Colombia, has long seen the Colombia job as a dream position, and one he covets even more than a club position in Europe.

Osorio’s next move could come down to whether he is seriously considered for the U.S. national team job. The former Chicago Fire and New York Red Bulls coach spent a large part of his young life in the United States, where both his sons were born and where he went to college and began his coaching career.

Osorio told Goal in April that it would be difficult to say no to a chance to coach the USMNT. At the moment, Columbus Crew head coach Gregg Berhalter is considered the front-runner for the position, and it is not known whether USMNT general manager Earnie Stewart or anyone from U.S. Soccer has contacted Osorio about the position.

The USMNT faces Mexico in a friendly on September 11. 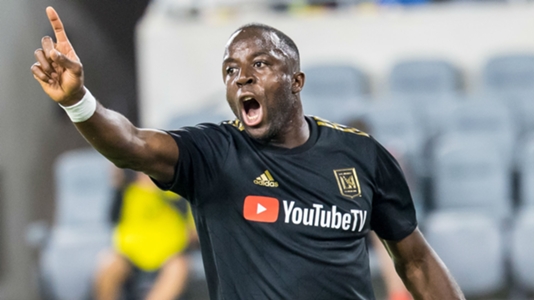 Following the quarterfinal match, which LAFC won 3-2, Diomande took to Instagram to say that he had been called a racial slur on the pitch.

“Today was the first day in my professional career that I was called the «N» word on the field,” Diomande said.

“They will say sorry to me after the game and please let it go, but If I don’t say anything racism will just continue to grow.

“No matter which country, color, religion or which language your speaking we all are human being and we should respect each other no matter what! #saynotoracism.”

Today was the first time in my professional career that I was called the «N» word on the field. They will say sorry to me after the game and please let it go, but If I don’t say anything racism will just continue to grow. No matter which country, color, religion or which language your speaking we all are human being and we should respect each other no matter what! #saynotoracism 🧔🏻🧔🏼🧔🏽🧔🏾🧔🏿

Diomande did not specify who directed the slur at him.

The 28-year-old striker was born in Norway to parents from the Ivory Coast. He has been capped 11 times by Norway at the international level.

Diomande joined LAFC from Hull City in May and has been in red-hot form since his move, scoring nine goals in 10 games in all competitions. 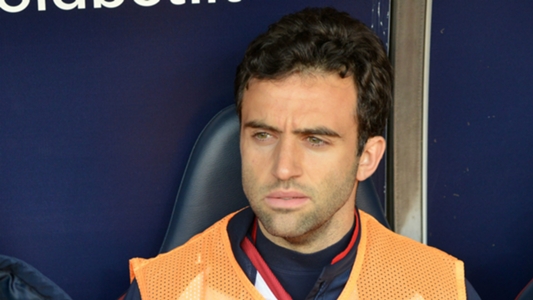 Former Manchester United and Villarreal forward Giuseppe Rossi insists he will not give up on the game despite suffering five serious knee injuries.

The 31-year-old managed one goal in 10 appearances for Genoa last season, and is currently a free agent following the expiration of his contract.

After four productive years in La Liga with Villarreal between 2007 and 2011, New Jersey native Rossi was struck down by a torn anterior cruciate ligament and has been battling a succession of knee problems ever since.

Spells at Fiorentina, Levante and Celta Vigo preceded his time at Genoa but despite making no more than 19 league starts in any campaign since 2011-12, the Italy international is giving no thought to stepping away from football.

“I sacrificed too much to do that,” Rossi told BBC Sport.

“I love this game so much, I could never leave it and say it is done. Nothing can take football away from me, it’s my little baby, my love.

”Every injury has its own story – it took something away, if it’s a World Cup, the European Cup, or a big transfer.

“But the dream doesn’t stop and I am here today living the dream that I have always wanted to and keep trying to gain what I lost.” 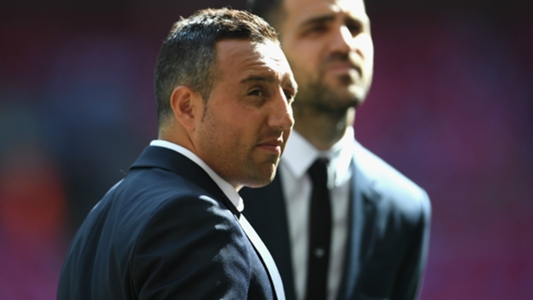 Santi Cazorla is playing again, but the former Arsenal midfielder admits he is “not enjoying” his ongoing fight for fitness after linking up with Villarreal.

The 33-year-old is back where it all began for him following the expiration of his contract at Emirates Stadium.

Arsenal were unable to offer an extended stay to a man who has been sidelined for the best part of two years with a series of ankle problems.

Cazorla has been able to get back out onto the field with Villarreal, playing 15 minutes of a friendly clash with Hercules on Tuesday, but concedes that 636 days out have left him playing through pain.

He told Marca on the mixed emotions a return to action has delivered: “People tell me that I have to assess where I am now and where I was 20 months ago and to think about what I have gone through.

“I am only thinking about getting rid of the pain as soon as possible because I am not enjoying what I am doing.

“I want to train with my colleagues again and to feel like a footballer. It is hard to express what it feels like to be out on the pitch after so much time.

“To feel like a footballer again, to feel the love of the people and the reception they gave me.”

While feeling a little frustrated at present, Cazorla is delighted to be back at Villarreal.

He started his professional career with the Yellow Submarine, before returning to take in a productive second spell between 2007 and 2011.

The opportunity is there for him to earn an extended stay during a third stint with the club, with the two-time European Championship winner grateful to have been given a clean slate.

He added: “They have treated me very well from my first day here.

“It is like I had never left. The treatment from my teammates and me feeling comfortable is so important for my progression. I cannot really repay or reward what Villarreal have done for me.

“Not only when I was 18, but because they opened their doors after two years out and gave me their facilities without putting pressure on me.

“It is something that only this club can give me.” 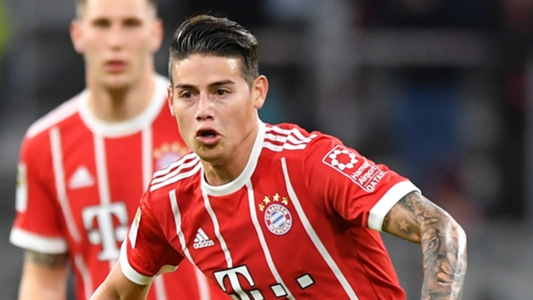 Bayern Munich have reiterated that they have no intention of cutting a two-year loan for James Rodriguez short and allowing him to return to Real Madrid.

The Blancos deemed the Colombia international to be surplus to requirements in the summer of 2017 as they sanctioned a switch to Germany which includes a purchase option in 2019.

They have seen the 27-year-old flourish at the Allianz Arena, sparking talk that those at the Santiago Bernabeu are keen to bring him back to Spain.

Bayern, though, are committed to an initial agreement, which could see them sign the South American for €42 million (£38m/$49m) next summer, and have made it clear that Real would be wasting their time in any effort to renegotiate.

Niko Kovac, the new man in charge of the Bundesliga champions, told reporters when asked again about James’ future: “I only know that we have a loan deal which is valid.

“It will only end if we take the option and he stays permanent – or it won’t end at all. So at the moment it looks like he’ll stay.

“There are always many rumours in the media.”

James made a relatively slow start to his debut campaign at Bayern, as he adjusted to new surroundings.

He was, however, to play his way into form and ended the season with eight goals and 13 assists across Bundesliga and Champions League competition.

More of the same is expected in 2018-19, with James set to return to domestic action on the back of a frustrating World Cup which saw his tournament ended by injury.

He has regularly stated his happiness in Germany and told reporters prior to heading out to Russia with his country that it was his preference to remain with Bayern.

“It’s a good league here in Germany, the stadiums are full. I came here with a different perception,” said James.