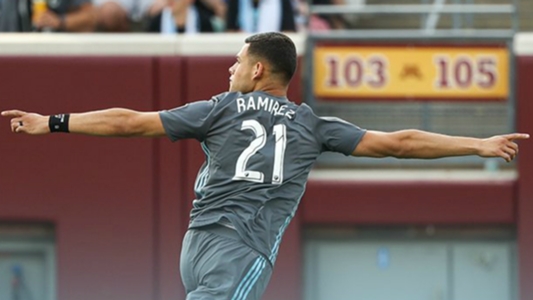 Minnesota United scored twice at the end of first half as the hosts continued their fine form with a 5-1 demolition of Western Conference high flyers Los Angeles FC.

Rasmus Schuller’s opener was cancelled out by LAFC’s Benny Feilhaber within a minute on Sunday, before Minnesota duo Christian Ramirez and Darwin Quintero scored before halftime.

Miguel Ibarra added a fourth approaching the hour mark before providing Ramirez with his second moments later to complete the upset win.

Only Supporters’ Shield leaders and Eastern Conference high flyers Atlanta United have claimed more points on the road than LAFC in MLS, but they have wobbled of late with one win in their last five away matches, and they made a poor start as Schuller slotted Quintero’s pass into the bottom corner.

Feilhaber levelled soon after his initial shot was saved and he found space to score in the subsequent passage of play.

But Minnesota struck two blows in two minutes before half-time as Ramirez finished from close range, before Quintero raced clear and finished under an onrushing Tyler Miller.

LAFC made a double change at the interval, but it had little effect as Ibarra glided unmarked through an open defence to score a fourth.

A fifth arrived soon after as Ibarra teed up Ramirez to tap home his second, as Minnesota stayed hot in MLS. 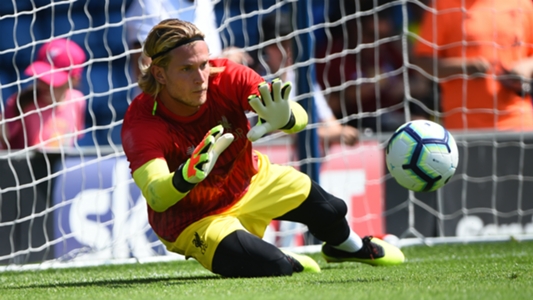 Loris Karius has taken to social media to hit back at his critics after another error in Liverpool’s 3-1 defeat to Borussia Dortmund in the International Champions Cup.

Karius has been a subject of ridicule from many fans after two glaring errors against Real Madrid in Liverpool’s 3-1 Champions League final defeat.

Liverpool manager Jurgen Klopp has backed the former Mainz stopper to learn from his mistakes, though the Reds have since signed Alisson in a world-record deal for a keeper.

Karius used Instagram to respond to his detractors amid the ongoing scrutiny.

“To those who take joy in seeing other people fail or suffer, I feel for you,” the 25-year-old said in a messaged posed on Sunday.

“Whatever it is that is happening in your life to hold this much anger and hate, I pray that it passes and good things come to you.”

Klopp is not the only one who is tired of Karius’ critics, as former Madrid and Spain captain Iker Casillas also came to the defence of his fellow stopper.

“This attack on Loris Karius, will it ever end? I’m talking about him like so many other goalkeepers,” the 2010 World Cup winner said via Twitter.

“There are many more serious problems in the world… f***!

“Leave the kid alone. He is also a person. As we all are!” 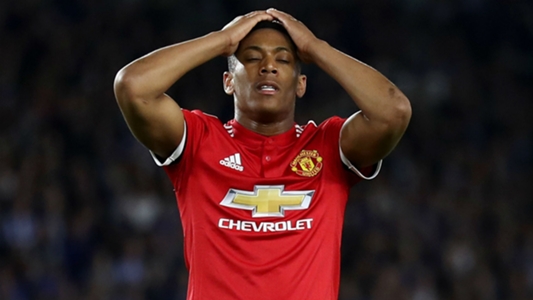 Manchester United manager Jose Mourinho warned Anthony Martial that “you cannot do whatever you want in life” as the disgruntled Frenchman eyes a departure from Old Trafford.

Martial has been linked with a move away after his agent last month revealed the 22-year-old was ready to leave in search of more opportunities.

The France forward grew frustrated toward the end of the 2017-18 campaign after finding his chances limited following the arrival of Alexis Sanchez in January.

Martial started Thursday’s 1-1 draw with America and the former Monaco youngster was in the line-up again on Sunday as United played out a scoreless stalemate against San Jose Earthquakes in Santa Clara, California.

Asked about Martial – who struggled at Levi’s Stadium – and the comments made by his agent, Mourinho told reporters: “I would like to be in Los Angeles now and I am in San Jose.

“I would like to play against Leicester on Sunday but I have to play on Friday, so you don’t get always in life what you want.”

Mourinho was speaking after the Red Devils played out their second successive draw in the United States.

Undermanned following the World Cup, United were disjointed and void of creativity as they fired a blank against the MLS strugglers.

Sanchez made his return after visa issues delayed his entry into the country and he was able to inspire United, who hit the crossbar via Eric Bailly in the first half but struggled afterwards.

“For me is a very strange pre-season,” Mourinho said. “Pre-season, you try to be motivated and motivate the people around you but is not easy. I did some pre-season with some players but to have 10 players away is very strange.

“So the motivation is to try to train the best we can, to give the players minutes, to give young players an opportunity to develop and that’s it.” 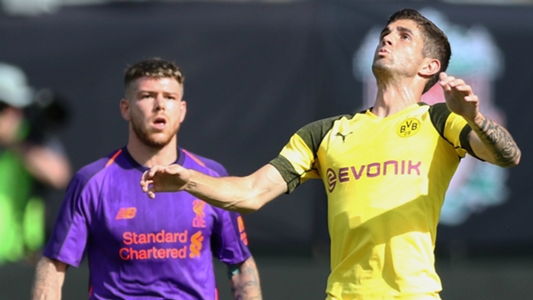 United States international Pulisic scored a brace as Dortmund came from behind to beat Liverpool 3-1 at the Bank of America Stadium in Charlotte on Sunday.

Klopp opened the door on a possible transfer for the 19-year-old during his pre-game news conference, admitting his admiration for the Dortmund star.

Speaking to reporters after Pulisic’s display, Klopp said: “I didn’t see anything new, just that he’s a bit older and has new tattoos!

“He’s a fantastic skilled boy, and it’s not a surprise to see. He’s a smart player, and unfortunately the USA needs more of these players. He alone cannot do it all.

“Don’t put too much pressure on the boy, hopefully you can have a few more of them and then play very successful soccer in the future. If Belgium and Iceland can go to a World Cup then so can the USA. I think he’ll be fine.”

Liverpool appeared set to open their ICC campaign with victory thanks to Virjil van Dijk’s 25th-minute opener, until Pulisic inspired Dortmund’s comeback after the hour.

Pulisic converted a 66th-minute penalty before putting Dortmund ahead with a minute of regulation time remaining, while Jacob Bruun Larsen sealed the win in the 93rd minute.

“We have said it a few times that football is a results game, and we lost. Dortmund scored three, we scored one, that’s how it is. That’s the fair result,” said Klopp.


Percy Tau became one of South Africa’s most expensive exports when he penned a four-year deal with Premier League side Brighton & Hove Albion after leaving Mamelodi Sundowns on Friday.

While he is popular among football fans in South Africa, very few people beyond the Rainbow Nation know who the 24-year-old really is.

Tau was born on May 13, 1994 in a family of eight children in Witbank, Mpumalanga. His older brother, Dumisani, is also a footballer for National First Division (NFD) side Royal Eagles.

Percy lost his brother Mogau Tshehla, who was also a professional footballer for Polokwane City, in a tragic car accident in February 2018, but to his credit, the attacker continued to give his all for the Brazilians. That’s a sign of a young player, who may be small in stature, but who has the heart of a lion.

His mother, Elizabeth, had to raise all his eight children, including Percy, all by herself 1998, and while she was initially against the idea of him playing football, a young Tau wouldn’t hear anything of it. He would literally cry whenever his mom didn’t want him to go play football with his peers! 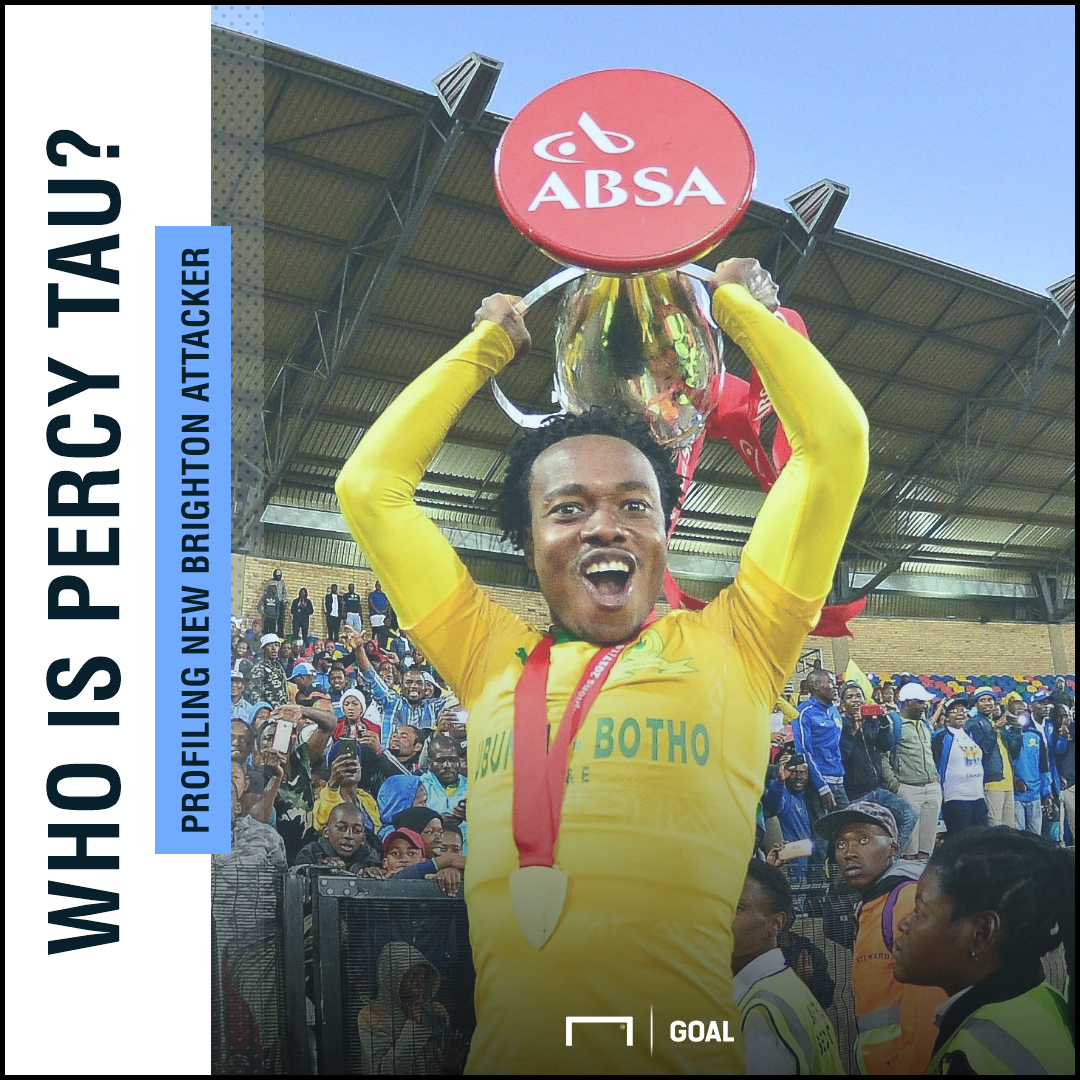 Tau made his professional debut for Sundowns four years ago under the tutelage of Pitso Mosimane after being promoted from the club’s youth structures.

The first two seasons in the PSL were very difficult for him, as he could only manage six league appearances for Sundowns.

This led to Mosimane loaning him out to NFD side Witbank Spurs for the second half of the 2015/16 season. The coach wanted Tau to grow and find himself in an environment he was familiar with – the Mpumalanga province.

The move did wonders for Tau’s confidence, and he was back with a bang six months later to claim his rightful place in Mosimane’s starting line-up at Downs.

Tau made his international debut for Bafana Bafana against Angola in the African Nations Championship (Chan) qualifiers in 2015. He scored his first international goal in an international friendly against Guinea-Bissau in March 2017.

Initially, he was often overshadowed by the much-talked about CBD of Leonardo Castro, Khama Billiat and Keagan Dolly, but steadily his quality began to come to the fore within Mosimane’s selection. 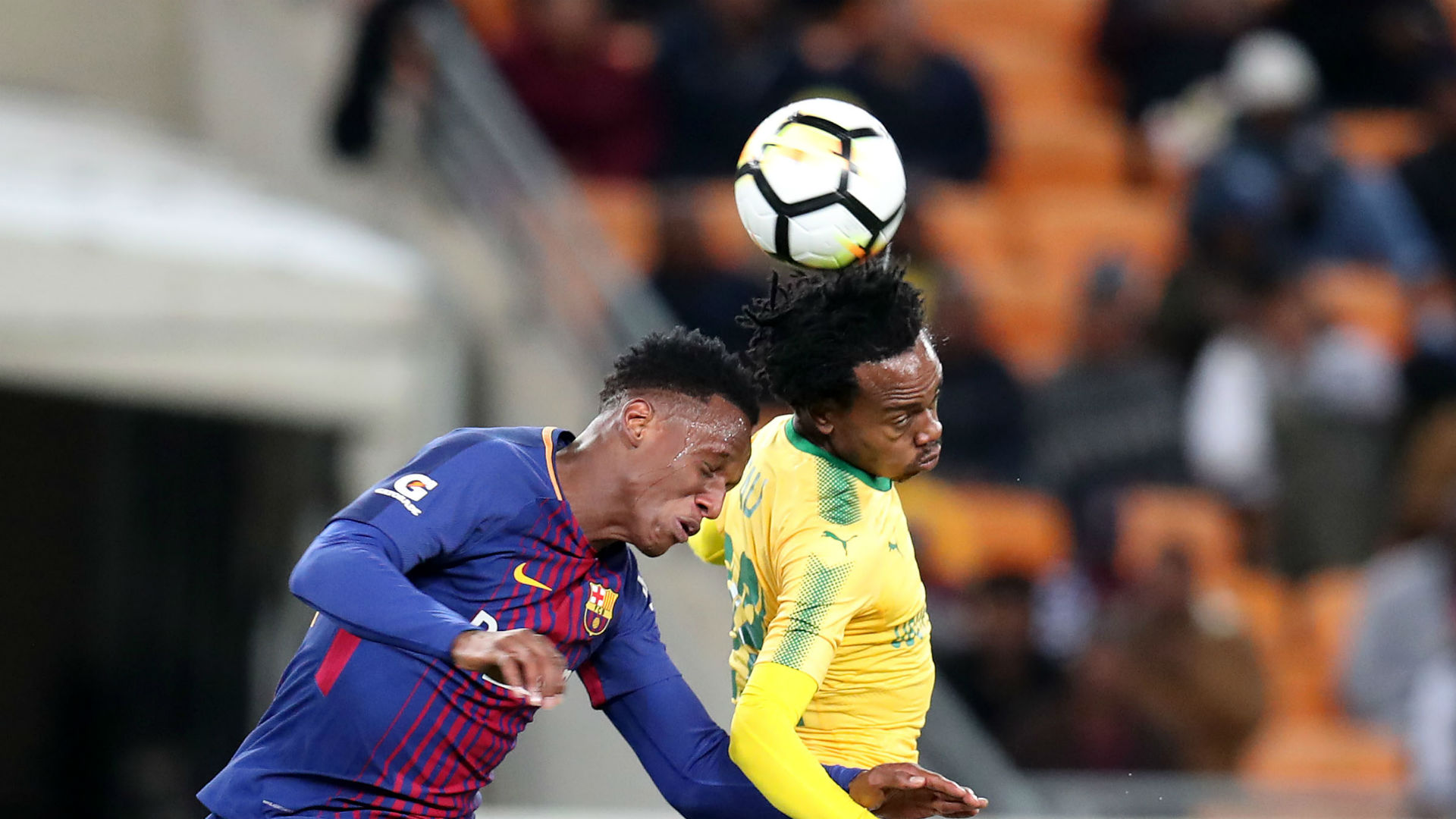 The coach vowed to make Tau the best player in Africa soon after both Billiat and goalkeeper Denis Onyango scooped top awards at the 2017 Caf player awards ceremony, although even before that, he’d delivered glimpses of his class during Downs’ run to the 2016 Caf Champions League title.

Tau went into the Fifa Club World Cup as one of Sundowns’ dangermen, and it was during that tournament the many people around the world began to recognise his talent and ability.

He’s got speed, skill and an eye for goal, and while he is naturally left-footed, he can also use his right without a problem.

Tau is not the tallest of players (he stands at 1.75m), but he is strong aerially and often out-jumps his markers to score crucial goals. He is a great asset to Brighton long term, and will be for whichever team he joins on loan during the 2018-19 season.