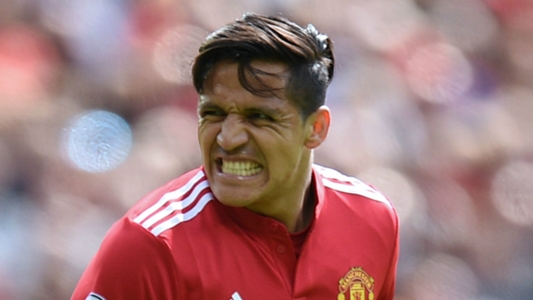 Alexis Sanchez is gearing up for the new season with Manchester United with a fresh new look.

The Chilean winger helped United to a second place finish in the Premier League last term after joining from Arsenal in January.

The Red Devils are looking to make a stronger challenge for the title in 2018-19 after finishing 19 points behind Manchester City, and will be hoping Sanchez is at his best from the beginning.

And although the 29-year-old will be late in joining his team-mates on their tour of the United States because of an administrative issue, he is getting his hairstyle ready before he makes the trip.

Sanchez took to Instagram to show off his new streamlined look, which appears similar to the style a previous United No.7, Cristiano Ronaldo.

“New style, new season,” he posted alongside a video and pictures showing it off.

Sanchez scored two goals and set up three in 12 Premier League appearances for United last season but faced criticism for his performances.

His transition to life at Old Trafford was not all smooth, however, as he opened up about the difficulty of adapting to his new surroundings.

And after a disappointing campaign with Arsenal prior to the January move, and missing out on the 2018 World Cup after Chile failed to qualify, Sanchez will be looking to rebound with a strong season at Old Trafford.

Sanchez’s team-mates will be in action this week as Manchester United kick off their U.S. tour with a friendly against Liga MX side Club America in Glendale, Ariz. on July 19, followed by a matchup with the San Jose Earthquake of Major League Soccer.

The Red Devils kick off their International Champions Cup slate against AC Milan on July 25.