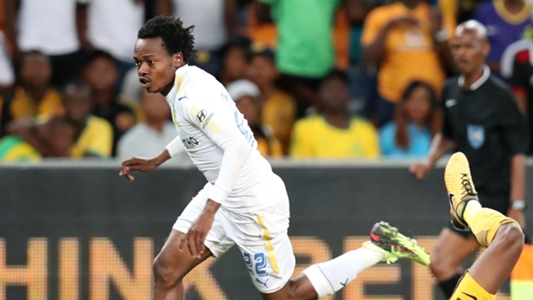 He penned a four-year deal, putting an end to speculation over his future which had made the headlines for months.

While the 24-year-old attacker will be sent out on loan ahead of the start of the new season, his move to Europe was welcomed across the country.

Tau doesn’t qualify for a work permit in the UK due to Bafana Bafana’s disappointing position in the Fifa rankings, but he took a brave decision to move out of his comfort zone and look for a new challenge.

Fans took to Twitter to react to the Witbank-born player’s move to the Premier League side.

Have a look at @OfficialBHAFC mentions. South Africans are so proud of Percy Tau😭 Love it
— Carl Lewis (@Carl_LewisZA) July 20, 2018

Tau’s teammates at Bafana Bafana also congratulated him on the move. 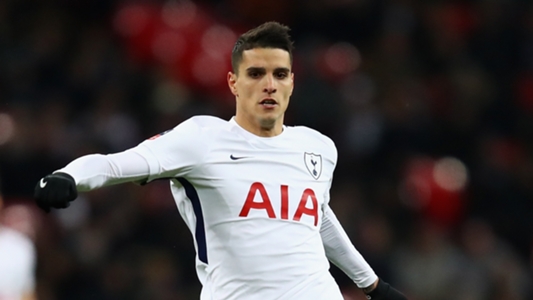 Erik Lamela is hoping his new Tottenham contract brings a change in fortune after his troubles with injury.

The Argentina international missed most of the 2016-17 Premier League season with a hip injury, but battled back to feature 25 times last term.

Lamela penned a contract extension until 2022 on Friday and he wants to have a big impact for Spurs as they look to challenge for major honours once again.

“It’s difficult to be injured, especially for a long time, but I never gave up. Everything is in the past now,” he told the club’s official website.

“To be strong mentally helped me a lot and now I’m ready to play and to enjoy.

“I’m training hard every day to be ready for the first game. Hopefully I stay like this, injury-free, for the whole season. I’m very confident this season will be good for me and for the team as well.

“I want to be scoring goals, playing well, fighting for the team, everything I can do I will do.

“I’m sure the team will be good next season.”

Although Spurs are yet to make any signings this summer, they have successfully tied down several key players to new deals in a boost to Mauricio Pochettino, who has also signed a new contract.

Forward Son Heung-min signed a fresh five-year deal earlier on Friday, and talisman Harry Kane also penned a six-year contract prior to flying off for the World Cup, where he won the Golden Boot. 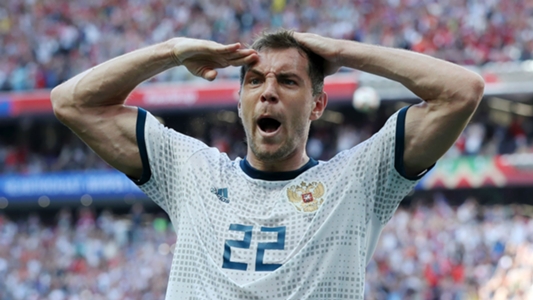 The World Cup has come to a close, with some star showings across the board.

Harry Kane won the Golden Boot and Luka Modric was named the tournament’s best player for his star showings for Croatia.

And while those two players drew plenty of plaudits for their star showings in Russia, neither ranks among the top setup men for the 2018 World Cup.

After all the action, 10 players stood tied on two assists each, with each of them playing a major part for their country.

Take our quiz below and see if you can come up with all 10 players.

We’ll tell you which country they played for, all you have to do is type in the name. 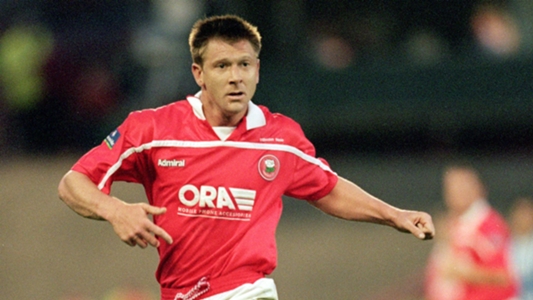 Former Mamelodi Sundowns striker Percy Tau’s move to Brighton & Hove Albion will definitely help the national team in so many ways but he must be focused, that is the view of former Bafana Bafana midfielder Eric Tinkler.

The Bafana legend believes South Africa needs to see many players exported to big leagues, especially if the national side is to qualify for big tournaments such as the Fifa World Cup and the Africa Cup of Nations.

Although he admitted that South Africa is not a scouting ground, he credited Sundowns for exposing the players in big competitions such as the Caf Champions League and Fifa Club World Cup.

Just in the past few seasons, the Brazilians released Bongani Zungu and Keagan Dolly, who are now plying their trade in France.

The 47-year-old coach said these tournaments and the Brazilians’ achievements in recent times have opened doors for the players.

Tinkler was exclusively speaking to Goal on Friday following Tau’s move to English side, Brighton & Hove Albion on a four-year deal.

Although Tau will not be playing in the English Premier League due to complications with acquiring a work permit coupled with his lack of experience in Europe, the Seagulls are set to loan him out, but Tinkler said the 24-year-old must remain disciplined.

The former Cape Town City mentor played for Barnsley in the Premier League, Vitoria Setubal in Portugal as well as Cagliari in the Italian Serie A during his playing days.

He also said the fact the Brazilians have kept coach Pitso Mosimane for many seasons and allowing players to move abroad will help attract more youngsters to play for the reigning Premier Soccer League (PSL) champions.

“Yes definitely, this is good for our football and the league because we need to see many more players going to the EPL. We want to see the national team progressing at big tournaments such as the World Cup and Afcon – we need to export more abroad,” Tinkler told Goal.

“Look, you’ve got to be disciplined, focused take the good with the bad and that is the harsh reality – it is difficult in Europe because you are away from family,” said the legend.

“Away from friends and it’s a new environment, the weather is different from what you are used to and you become miserable,” he continued.

“However, you remember why you are there, why you chose to become a professional footballer and I think it’s too easy for the players here and they see it is a lot harder there,” added the former Cape Town City coach.

“I think there will be many players interested in playing for Sundowns because of their achievements,” explained Tinkler.

“These achievements on the continent have exposed the players to scouts because South Africa is not a good scouting destination to be honest,” he reacted.

“Their Champions League glory and their progress in going to the Club World Cup exposed the players, and Sundowns have done well you know. So, these things will attract many youngsters to go and play there because they will get a chance to be seen,” responded the Afcon winner.

“I think it is great to see players going to Europe or abroad at a young age because I remember after we won the 1996 trophy, Shoes Moshoeu would go and play at any big league if it wasn’t for his age,” said the former SuperSport United mentor.

“Scouts are looking youngsters and it’s good to see these youngsters going to big leagues at a young age and the country will reap the rewards because it’s really unfortunate in our country where we discover players late in their careers,” he concluded. 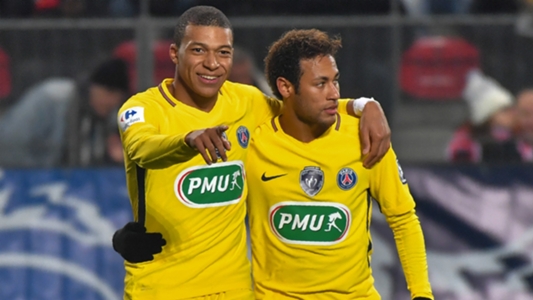 Neymar and Kylian Mbappe have a very good relationship and reports the pair do not get on are untrue, according to Paris Saint-Germain president Nasser Al-Khelaifi.

Mbappe and Neymar have both said they will stay at PSG for the 2018-19 Ligue 1 season, with Real Madrid issuing statements denying they are moving for the duo.

PSG won a domestic treble last term under Unai Emery despite Neymar missing the end of the season with a fractured foot.

And Al-Khelaifi reiterated the attacking pair will be available for Emery’s replacement as PSG coach Thomas Tuchel for the new campaign.

“Neymar and Mbappe have a very good relationship. They get on well with each other,” the PSG president said.

“Everything else is just made up stories by journalists. It is impossible that there would be bad blood between them. They are happy to play together.

“The reintroduction of Mbappe and Neymar is scheduled for the start of the month. What is clear is neither of them will be going anywhere.”

Teenagers to score in a #WorldCupFinal

Mbappe won the World Cup’s best young player award as France triumphed at Russia 2018, while Neymar could not help Brazil past the quarter-finals, where they lost to Belgium.

“My players were very good during the World Cup,” Al-Khelaifi added.

“Brazil had a lot of pressure on them, but France had a fantastic World Cup and deserve to be the champions. Mbappe was incredible and Neymar was at his best despite the injury. He gave his all.”