Neymar has “decided to stay at Paris Saint-Germain”, according to Luis Fernandez, while Kylian Mbappe is also set to shun interest from Real Madrid.

Both men have been heavily linked with summer moves to Madrid, with the Blancos forced to deliver public denials of bids being tabled.

PSG have maintained throughout that they have no intention of parting with any of their prized assets, with €222 million (£196m/$261m) invested in luring Neymar away from Barcelona in 2017.

He saw his debut campaign in France ended by injury, before struggling to produce his best at World Cup 2018, and those at Parc des Princes are convinced he will be back on their books determined to prove a point in the upcoming campaign.

Fernandez, who is the sporting director at PSG’s training centre, told Radio Marca: “Neymar has decided to stay at Paris Saint-Germain.

“He wants to succeed, after not achieving much at the World Cup. I think he wants to win titles with PSG.”

While Neymar did little to increase his value in Russia, club colleague Mbappe thrived in a global shop window.

The 19-year-old striker helped France to claim a second World Cup crown, with his pace, neat footwork and eye for goal landing him the Best Young Player Award. 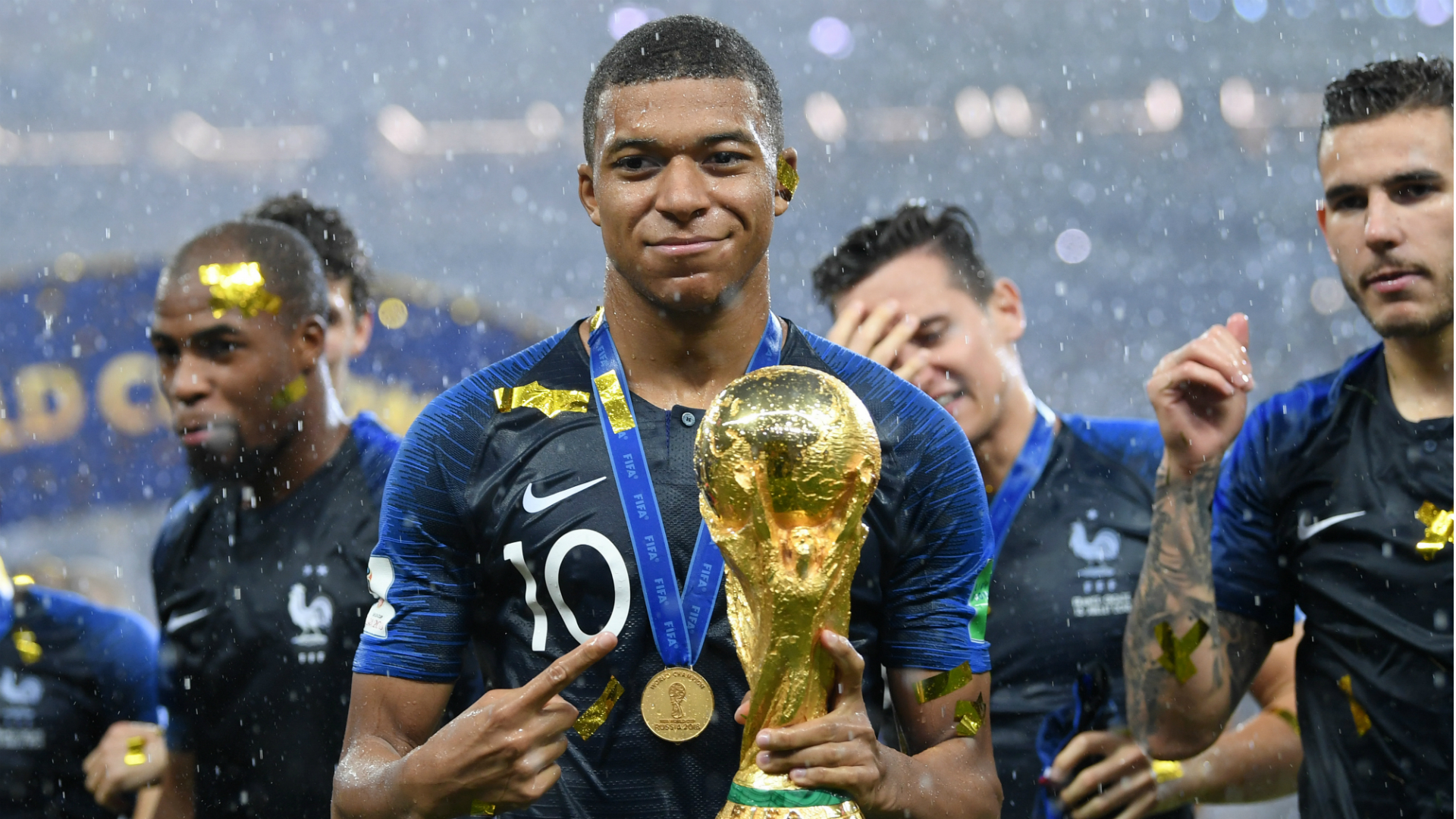 Talk of a move to Madrid has built on the back of those efforts, but PSG have taken up the €180m (£159m/$211m) option in his loan move from Monaco and are looking forward to being the ones to benefit from his ongoing development.

Fernandez added on Mbappe: “He will also stay.

“He has said it, 100 per cent. He wants to win the Champions League with PSG.

“[FFP] does not worry me. The important thing is that both Neymar and Mbappe want to stay at PSG.”

PSG are currently preparing to open their International Champions Cup campaign, where they will face Bayern Munich, Arsenal and Atletico Madrid, before starting the defence of their Ligue 1 title against Caen on August 12.

Celtic’s Champions League qualification campaign got off to a serene start as they cruised to a 3-0 victory against Alashkert in Armenia last week.

Brendan Rodgers’ side have reached the group stages of the competition in both of the last two seasons and matching that run is the Hoops’ minimum target.

Celtic have enjoyed 7-0 and 4-1 wins in their most recent friendly fixtures this summer, against Shamrock Rovers and Standard Liege respectively, as well as their victory in the first leg of this tie. 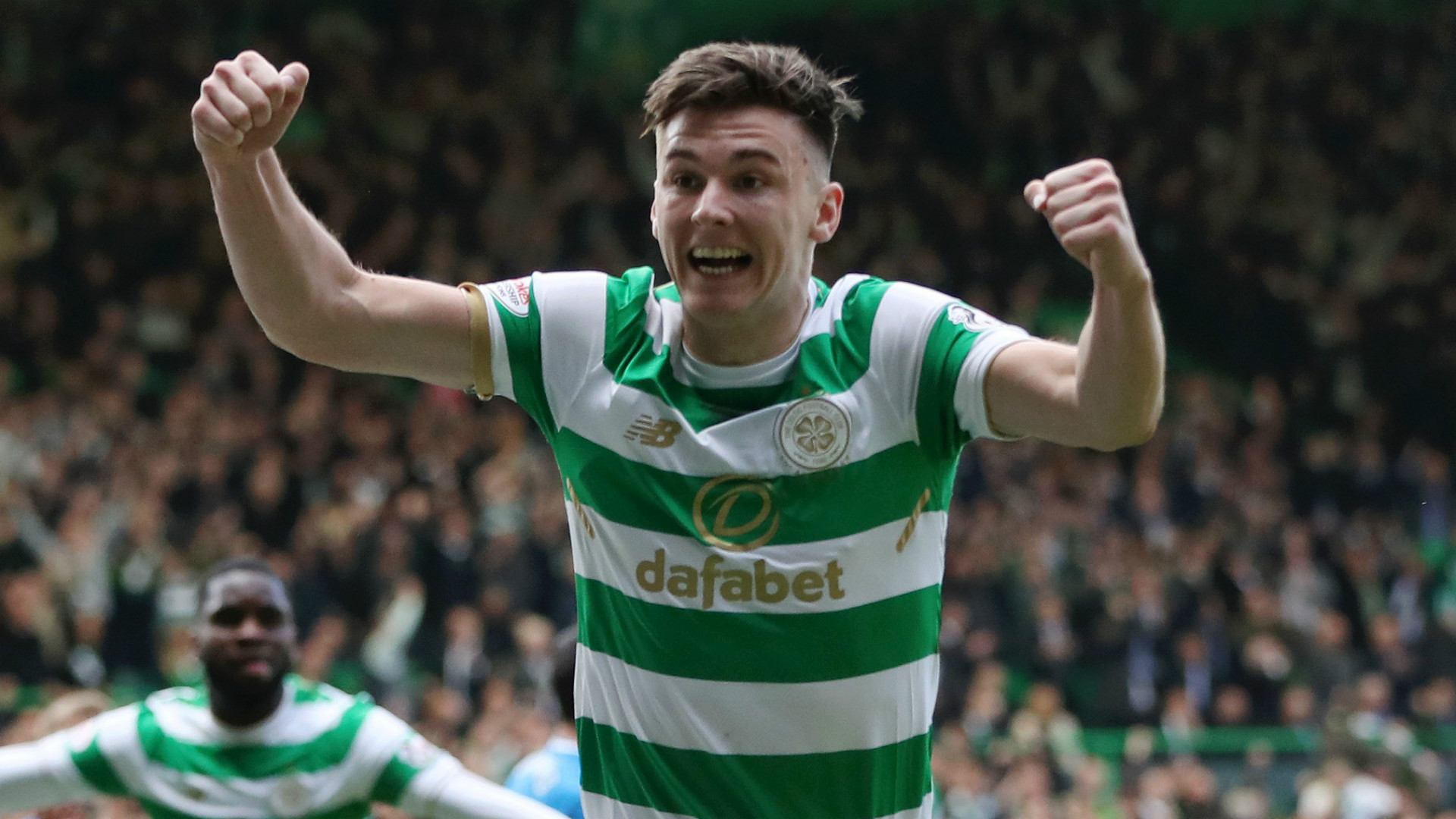 Alashkert were comprehensively beaten last week and Varuzhan Sukiasyan’s side are available at a chunky 20/1 (21.0) with bet365 to claim victory on Scottish soil.

Mikael Lustig, Christian Gamboa, Tom Rogic and Dedryck Boyata are all likely to be rested following their involvement in the World Cup this summer.

Record signing Odsonne Edouard who broke the deadlock in the first leg of this tie, is expected to spearhead the Celtic attack once more, while Scott Bain could deputise in goal if Craig Gordon is not deemed fit to play. 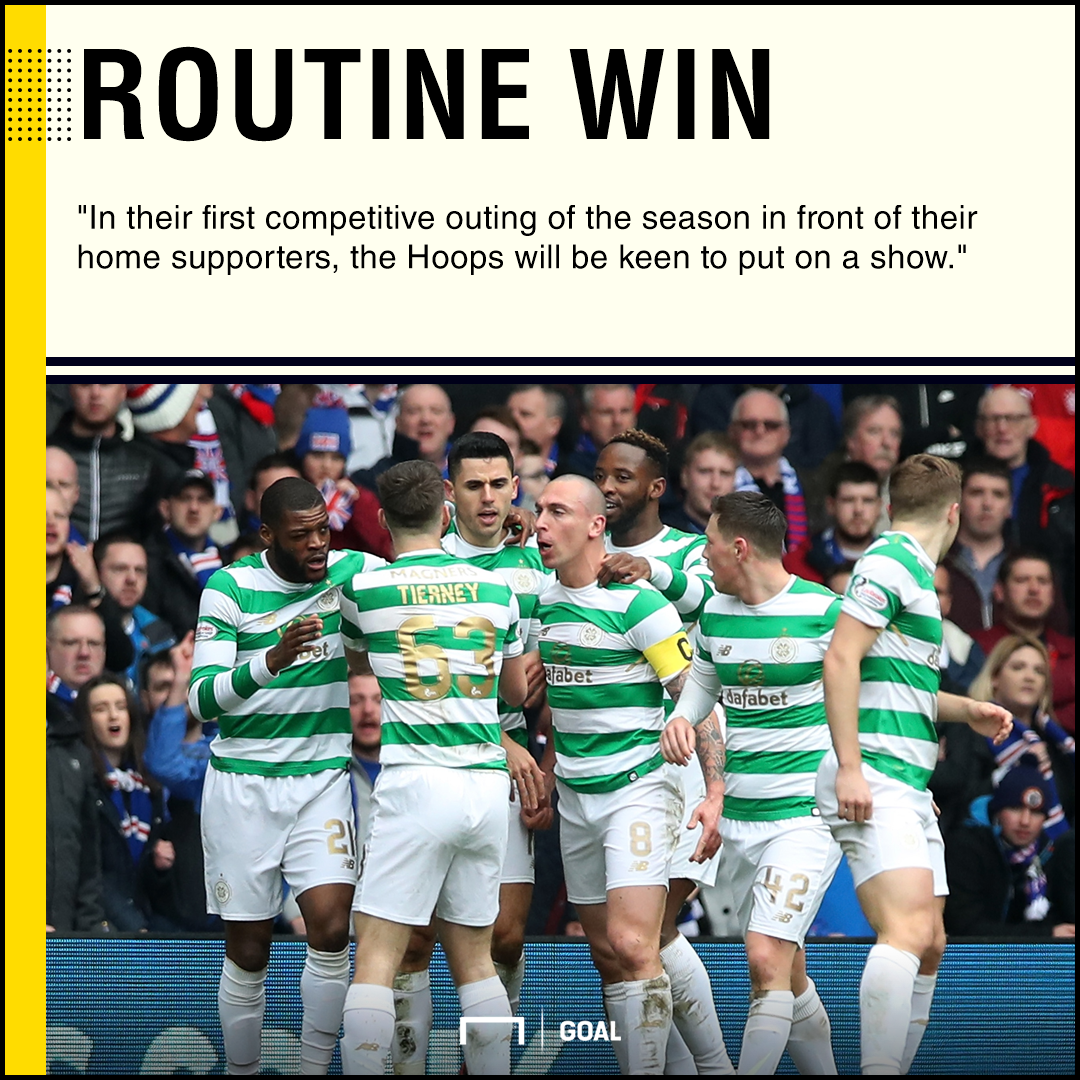 In their first competitive outing of the season in front of their home supporters, the Hoops will be keen to put on a show.

Therefore, it is the 8/5 (2.60) quote for Celtic (-3) to beat the handicap mark that could offer best value for punters ahead of Wednesday’s Champions League qualifier in Glasgow.

Jordan Pickford’s efforts for England at World Cup 2018 have sparked talk of interest from Bayern Munich, but David Moyes is looking for the highly-rated goalkeeper to remain at Everton.

At 24 years of age, a player who made history in Russia over the summer by becoming the youngest man to keep a clean sheet for the Three Lions on the grandest of sporting stages has seen his profile enhanced considerably.

He is already the most expensive British goalkeeper of all time, with Everton having snapped him up for £25 million ($33m) in the summer of 2017, but another big-money move could be on the cards at some stage.

Moyes, who made Pickford first choice at Sunderland during his time in charge at the Stadium of Light, hopes no switch will be made this year, with it important for an emerging talent to continue furthering his development in settled Premier League surroundings.

The former Everton boss told The Sun amid reports of interest from Bundesliga giants Bayern: “I think Everton is the right club for Jordan.

“It’s a big club, he’s only just moved and I would say to him it would be stupid to even consider another move if there was to be an option for him.

“I think it will help him being at Everton because he will get enough work and he’s got a chance to develop without every single thing he does being scrutinised.

“He is still young and he just needs to keep getting his games in. The last thing he needs to bother about is any speculation.

“If you go to the World Cup and do as well as he has done, you’ve shown you can stand on any stage.

“But all he needs to do is go back to Everton, keep working and look to improve. Don’t let anything slip, don’t be complacent.

“At the moment he is a young player who has played very well. But the key to being a top player is going back and performing just as well.” 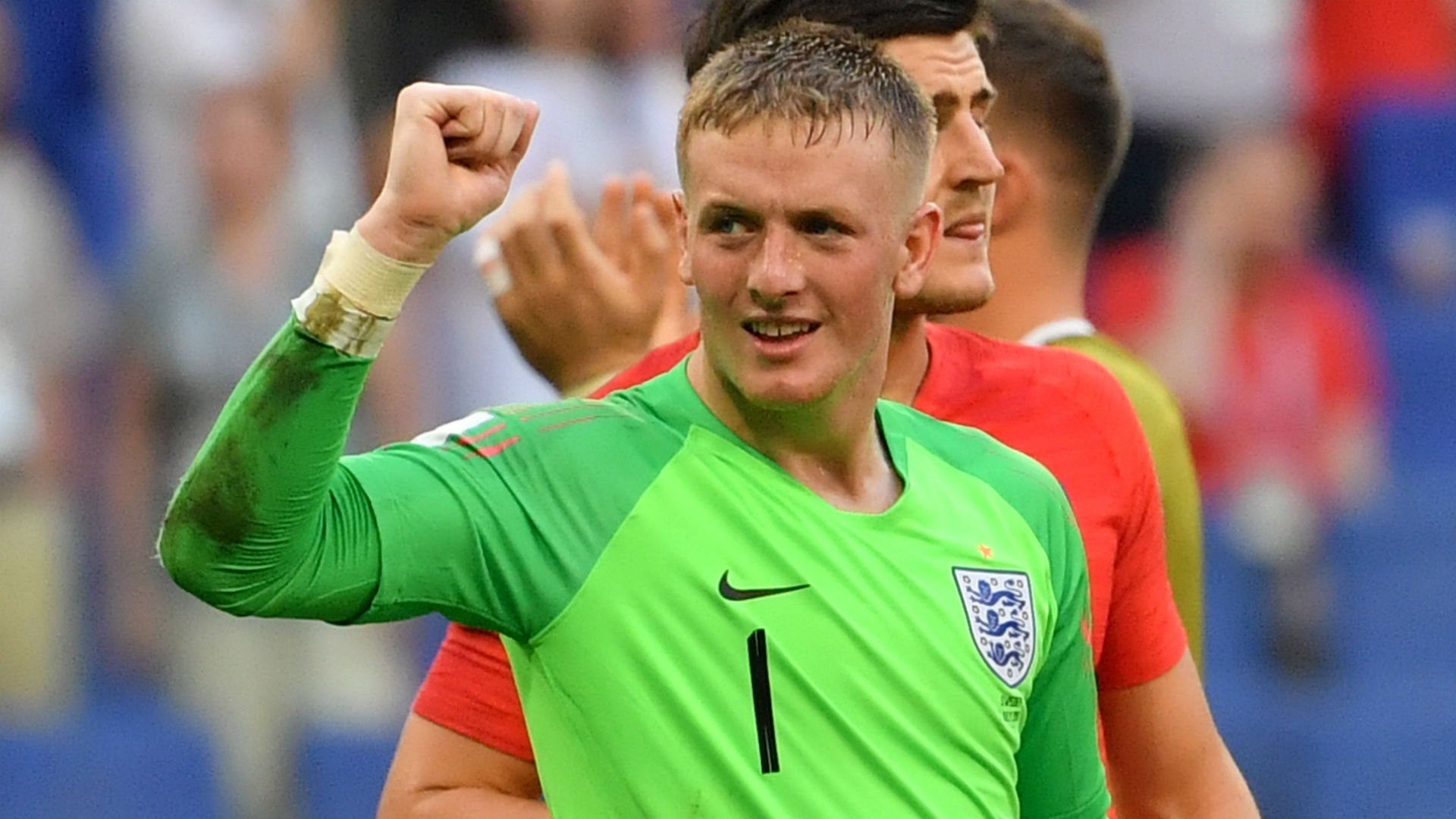 Moyes has also backed Pickford to nail down the No. 1 jersey with England, with it possible that he could occupy that shirt for the next decade.

He added: “Near enough everybody accepts him as England’s No. 1 now and, at the age he is, that shows how good he is.

“But there’s also a chance that if he does it right, there is longevity for him. He could easily be England’s No. 1 for the next 10 years.

“He was always going to reach the top level because he’s got the ability.

“It was always about him putting the hours in, making sure he eats well and lives well.

“He looks much leaner now and he’s got himself in really good physical condition. But now it is up to him to maintain and improve on his standards.

“So many of the players now have their own chef and that might be one of the things Jordan could do if he’s looking to gain that one per cent extra.” 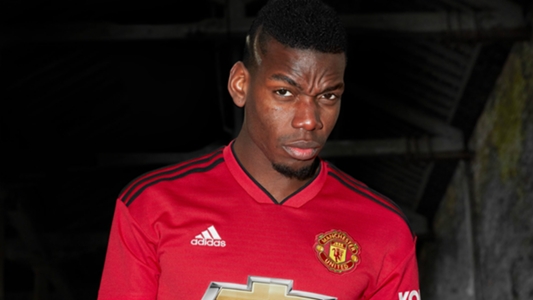 Manchester United have launched their new home kit for the 2018-19 season.

United’s bold new shirt features black stripes along the midriff and on the shoulders in a commemoration of the founding of the club.

The stripes are described as a “train track graphic” by the club’s official press release, which is a reference to United’s original name; Newton Heath (Lancashire and Yorkshire Railway) Cricket and Football Club.

The club were founded in 1878, 140 years ago, and started off by playing against other rail companies.

They changed their name to the famous United we know now in 1910, eight years after entering the First Division.

“There are many great moments in this club’s fantastic history, and none more important than the year the club was founded, back in 1878,” United’s group managing director, Richard Arnold, told the club’s official website.

“This shirt from Adidas pays homage to the year we were founded, and marks 140 years of footballing success.

“The train track graphic on the shirt is a reference to the origins of the club, when the team was known as Newton Heath (Lancashire and Yorkshire Railway) Cricket and Football Club.

“Again, Adidas has shown how innovative they are with their designs – taking a moment from the past and reshaping it for supporters into a jersey which I am sure the fans will love.”

The Premier League changed its rules at the beginning of the 2017-18 season to allow clubs to adorn sponsors’ logos on their sleeves, but United were one of a number of outfits not to take up the opportunity during the campaign.

But, last week, they announced that they have made an agreement with Kohler, a kitchen and bathroom specialists, with the partnership meaning the company’s name will be displayed on the strips of both the men’s and brand-new women’s teams.

United will wear the kit for the first time during their pre-season tour of the United States. 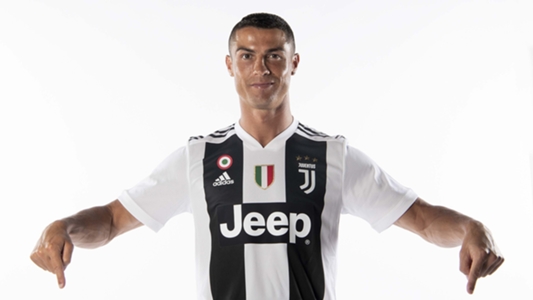 Jose Mourinho feels Juventus’ capture of Cristiano Ronaldo will give Serie A a lot of attention in the upcoming season.

The Manchester United manager knows Ronaldo, 33, well, having managed Portugal’s captain and all-time leading scorer at Real Madrid between 2010 and 2013.

Serie A had arguably the most exciting title race in Europe’s top leagues last season, as Napoli challenged Juventus for long periods while the Milan clubs also had a resurgence of sorts, and Mourinho says more eyes will be on Italian football after Ronaldo’s stunning move to Turin.

“La Liga no longer has the two best players in the world,” he told Tele Radio Stereo.

“Now one is in Spain and the other is in Italy.

“England have the Premier League, the most competitive championship, with top quality players, one of the most important leagues in the world. So now there are three dimensions.

“Now everyone looks at Italy for Ronaldo, the Premier League because it’s the best league and Spain for [Lionel] Messi.

“Serie A has become one of the most important championships in the world. In football, everything can change.

“If it changes the perspectives of teams like Inter, AC Milan and Roma, if they don’t passively accept Juve with Cristiano becoming stronger – that they will win again and again – and can also find the right motivations from this deal, it can change Serie A in terms of quality, emotions and exposure.

“For this reason, I congratulate Juventus for this coup, which involves football, marketing and merchandising. It’s the complete transfer.”

Five-time Ballon d’Or winner Ronaldo was unveiled at Juventus on Monday after his €100 million (£88m/$117m) move.