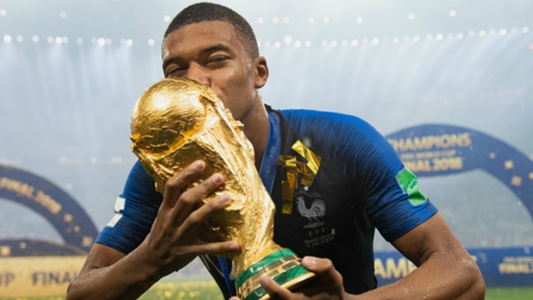 Kylian Mbappe has committed his future to Paris Saint-Germain amid links with European champions Real Madrid.

Mbappe won the FIFA Young Player award for his performances at Russia 2018 after helping France claim the World Cup on Sunday.

The 19-year-old forward scored in France’s 4-2 victory over Croatia in Moscow as he took his tournament tally to four goals.

Mbappe – who completed a permanent transfer to Ligue 1 champions PSG from French rivals Monaco during the off-season having spent last term on loan in Paris – has no plans to leave the capital as Madrid attempt to replace Juventus-bound Cristiano Ronaldo.

“I will stay with PSG, continuing on my path with them,” Mbappe told reporters.

“I am at the beginning of my career.”

Mbappe enjoyed a stellar 2017-18 campaign with PSG, scoring 21 goals in all competitions. 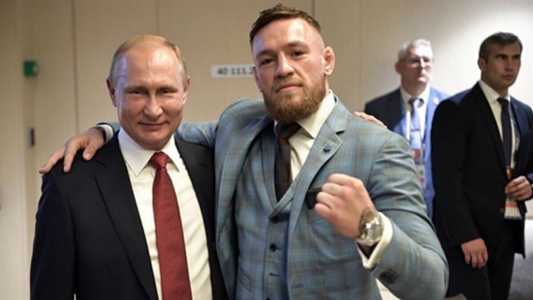 Conor McGregor hailed Russia president Vladimir Putin as “one of the greatest leaders of our time” after the UFC star was a guest at the World Cup final.

McGregor was invited to the Moscow showpiece by Putin as France lifted the trophy for a second time thanks to a 4-2 win over Croatia on Sunday.

And the Irish fighter used Instagram to thank Putin following the conclusion of the tournament in Russia.

“Today I was invited to the World Cup final as a guest of Russian president Vladimir Putin,” McGregor wrote after posting a photo alongside Putin.

“This man is one of the greatest leaders of our time and I was honored to attend such a landmark event alongside him.

Today I was invited to the World Cup final as a guest of Russian President Vladimir Putin. This man is one of the greatest leaders of our time and I was honored to attend such a landmark event alongside him. Today was an honor for me Mr. Putin. Thank you and congratulations on an amazing World Cup. Россия вперёд!

“Today was an honor for me Mr. Putin. Thank you and congratulations on an amazing World Cup.”

Earlier, McGregor – who is reportedly nearing a return to the octagon – wrote: “Enjoying the World Cup final in Russia. A truly amazing spectacle.”

France lifted the trophy for the second time in their history on Sunday after defeating Croatia 4-2 in the final with Rami again not taking the pitch.

Though not being directly involved in the action, Rami and his elaborate moustache once again played a role with the 32-year-old revealing a strange tournament tradition involving his facial hair continued prior to the final.

“Antoine Griezmann touched it before the game, and even the manager did to bring luck” Griezmann told TF1.

“It is now the most famous moustache in France. I will keep it.” 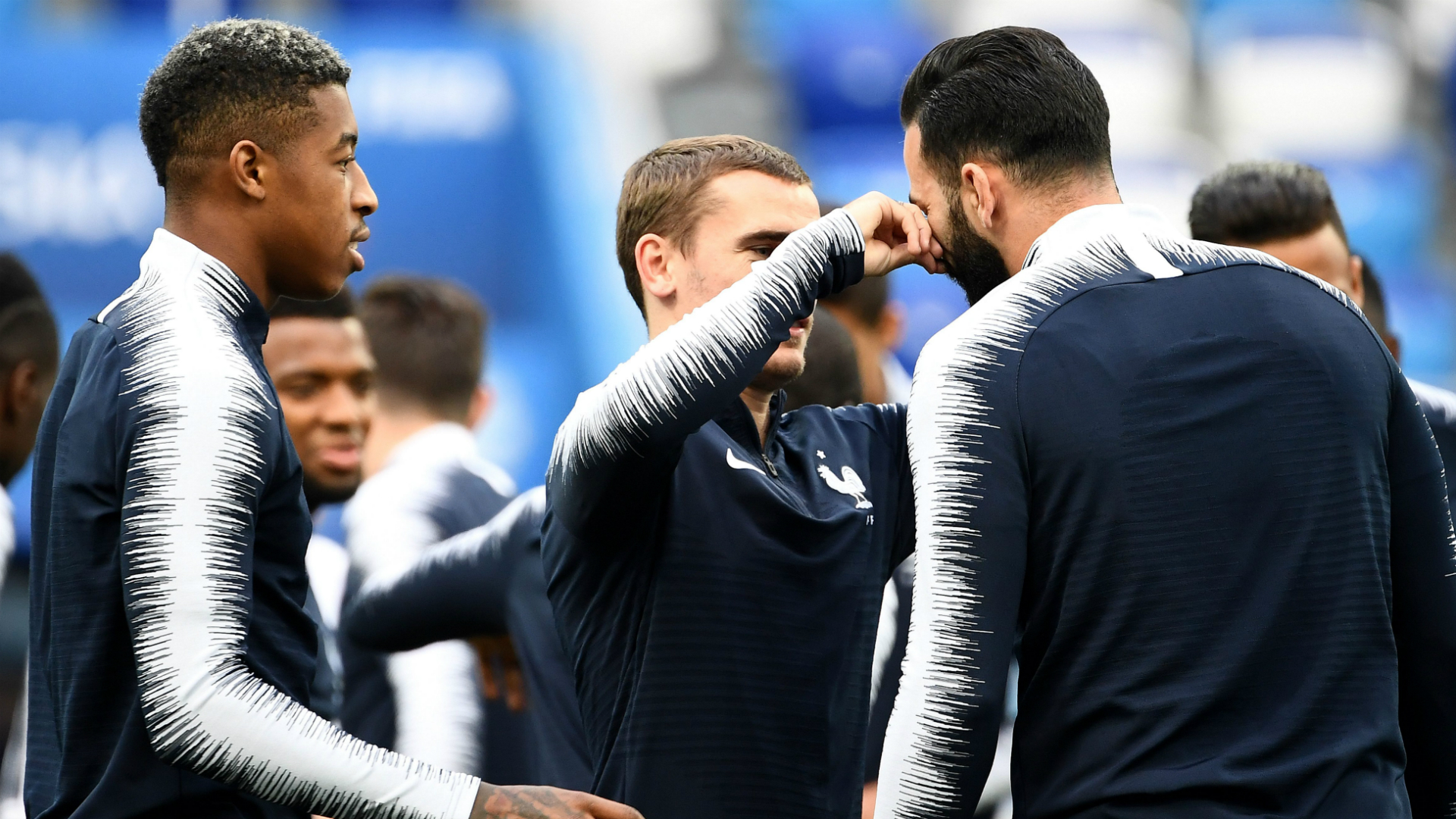 Rami’s lucky moustache began working its magic with Antoine Griezmann, who started touching it prior to France’s group games with most of the squad gradually following suit throughout the tournament.

The facial hair certainly seemed to benefit Griezmann in particular with the attacker bagging four goals across the tournament – including a penalty in the final.

While Rami has vowed to keep his moustache for a little longer, the man himself announced his international retirement after France’s triumph.

He bows out of the national arena as a World Cup winner with 35 caps to his name and a moustache that may need to be brought out of retirement in 2022. 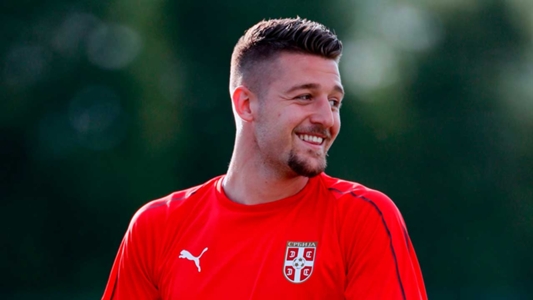 Chelsea have joined the race for Lazio midfielder Sergej Milinkovic-Savic, according to Corriere dello Sport.

New Blues manager Maurizio Sarri coached against the Serbian during his time at Napoli, and is now keen to bring the 23-year-old to Stamford Bridge.

Juventus were interested in Milinkovic-Savic, but the Old Lady may have exited the race after landing Cristiano Ronaldo instead.

N’Zonzi an option for Barcelona

PSG midfielder Adrien Rabiot is still Barca’s priority as a central midfield option, but the club are putting together a list of alternatives should Rabiot not arrive.

And 29-year-old N’Zonzi, fresh off a World Cup win with France, could end up with the Blaugrana next season.

Borussia Dortmund are interested in signing Juventus forward Mario Mandzukic, according to Bild.

The Croatia international, who scored both an own goal and his side’s second in their 4-2 World Cup final defeat to France on Sunday, has a deal at the Turin club until 2020.

However, with the arrival of Cristiano Ronaldo, Juventus are reportedly happy to let 32-year-old Mandzukic leave ahead of the 2018-19 Serie A campaign.

Chelsea to reject offers for Hazard

Chelsea are preparing to reject offers from Real Madrid and Barcelona for Eden Hazard, reports The Telegraph.

Following the World Cup third-place game against England Hazard hinted that he could be on his way out of Chelsea, but the Blues are confident they can hold on to their star attacker.

The Blues currently value Hazard at more than the £200 million ($265m) quoted to be the offer.

Roma are keen on AC Milan’s Gianluigi Donnarumma as a replacement for Alisson, Goal understands.

Alisson has been targeted by some of Europe’s biggest clubs in recent months, with Chelsea, Liverpool and Real Madrid all interested.

The Giallorossi are willing to let the Brazilian go, but only if they can secure the 19-year-old Italy international from Milan as his replacement.

Liverpool and Atletico Madrid are just two of the teams looking to sign Besiktas defender Domagoj Vida, according to Fanatik.

Sevilla, Everton and Leicester are also said to be interested in landing Vida.

The Toffees have joined Chelsea and Tottenham, who have already expressed interest in the 24-year-old.

Fulham to battle Inter for Malcom

Fulham are set to battle with Inter to sign Bordeaux star Malcom, according to The Sun.

Having already pulled off the surprise signing of Jean Michael Seri, the Cottagers are hoping to make another unexpected splash in the transfer market by landing the Brazilian winger.

Inter have made an offer of a one-year loan with an option to buy, but Fulham will look beat them to the punch by purchasing the 21-year-old outright.

Shaw ready to leave next summer

Manchester United left-back Luke Shaw is prepared to leave the club next summer if his playing time doesn’t increase in 2018-19, reports ESPN FC.

The 23-year-old is hoping to beat out Ashley Young to become United’s starting left-back this upcoming season.

If Shaw doesn’t establish himself, though, he is prepared to walk away for free next summer.

Cillessen is happy at Barca but is keeping his options open with his route to the starting position currently blocked by Marc-Andre ter Stegen.

Chelsea could also enter the race for the Dutch international should Thibaut Courtois leave the club.

Newcastle won’t sell captain Jamaal Lascelles unless they receive an “astronomical” bid, according to The Chronicle.

The 24-year-old defender has been subject of interest from several Premier League sides, including Chelsea and Tottenham.

Lascelles is valued at £25 million ($33m), but the Magpies will demand much more if they are to sanction a sale of their captain.

The 37-year-old is currently out of contract after spending last season with Aston Villa, who fell just short of the Premier League by losing to Fulham in the Championship play-off final. 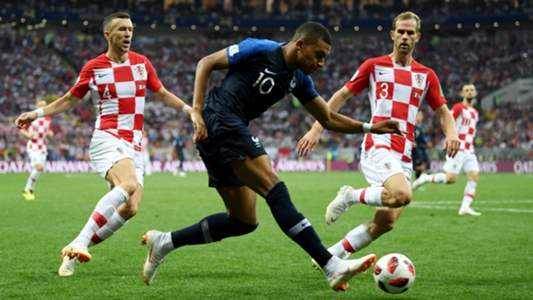 Kylian Mbappe is keen to “forge his own path” away from comparisons with World Cup great Pele after winning his first international title on Sunday.

France star Mbappe netted in the Moscow final as his side defeated Croatia 4-2 for their second World Cup crown.

And in doing so, the Paris Saint-German forward became the second teenager to score in a final after 1958 starlet Pele , who retired with three winners’ medals.

But Mbappe does not want to take on the Brazil great and instead intends to focus on his own game after winning the tournament’s Best Young Player award.

“Pele has marked history and I’m just here trying to forge my own path,” the 19-year-old told reporters. “I’m just trying to play the way I always did.

“Scoring and beating records is always good, but I’ve always worked towards this goal. I must continue, I have the ambition to go further, wherever my potential takes me.

“Winning a World Cup this young opens you lots of doors.”

And Mbappe never doubted France’s chances in Russia, claiming their self-belief was key to victory.

“You always have to believe. In this type of competition, it’s not the most handsome that wins, but the one who believe the most,” he said.

“And our belief was as solid as iron. We had to show it even if it seemed arrogant at first.

“But we are all on different paths. Take Adil Rami for example, he worked all his life towards this goal, but me, I’m just starting. I have a whole history to write.”

“It’s for certain that the World Cup works in my favour, but I’m not thinking about that right now,” he said.