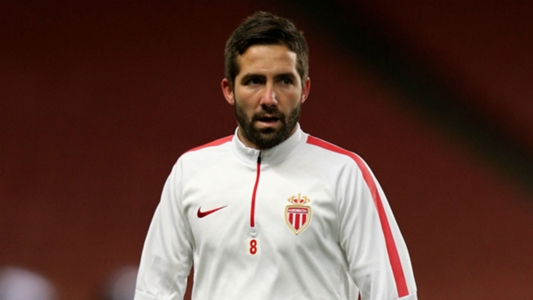 Wolves have strengthened their Portuguese contingent with the signing of midfielder Joao Moutinho from Monaco.

The Premier League new boys have paid a reported £5 million ($7m) for the Portugal international, who has agreed a two-year deal.

Moutinho made three appearances for Portugal at the World Cup, also starring in their Euro 2016 triumph, and has won 113 caps for his country in total.

The 31-year-old will likely line up with compatriot Ruben Neves in the Wolves midfield, with coach Nuno Espirito Santo having also signed goalkeeper Rui Patricio.

“During these five seasons in Monaco, Joao Moutinho was a major player in the club’s return to the forefront,” said Monaco’s vice president and chief executive officer Vadim Vasilyev.

“Through his performances, he has contributed to the outstanding sporting results of recent seasons – thanks to his professionalism and his rigor, he helped our young players in their progression. Joao will always be welcome at Monaco.”

Moutinho is a four-time league champion, having helped Monaco top Ligue 1 in 2016-17 after collecting a trio of Primeira Liga crowns with Porto in his homeland.

Wolves, winners of the Championship last season, open their Premier League campaign at home to Everton on August 11, with Moutinho and Patricio in line to make their debuts. 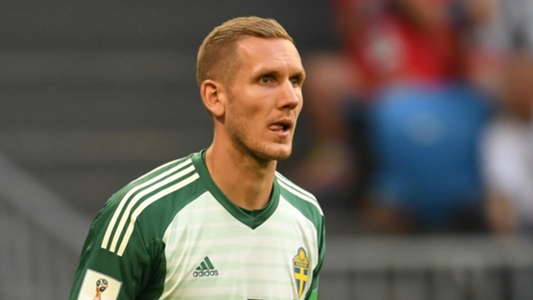 Roma have announced the signing of Sweden international Robin Olsen as a replacement for Alisson.

The Serie A side have spent an initial €8.5million (£8m/$10m) to bring the goalkeeper in from Copenhagen, who could receive a further €3.5m in add-ons. He will wear the number one shirt.

Olsen replaces Alisson after the Brazil international moved to Liverpool for a fee that could rise to £65m ($85m), a world record for a goalkeeper.

“It’s a big honour to come to Roma. It’s the next step for me and I cannot wait to get started.”

Olsen, 28, started all five Sweden fixtures at the World Cup as his side reached the quarter-finals, where they lost to England.

Monchi has been extremely busy in the transfer market, completing deals for players including Javier Pastore, Ivan Mercano, Davide Santon and Justin Kluivert.

And Roma’s sporting director believes Olsen is ready to slot into Eusebio Di Francesco’s team for the 2018-19 season.

“Robin is a goalkeeper with international experience and I think he can bring that level to Roma with him,” Monchi said.

“I am confident he can build on the quality that has seen him firmly establish himself as Sweden’s number one.”

Olsen’s arrival comes after Roma missed out on the signing of Brazilian winger Malcom from Bordeaux.

Although Roma had agreed a €38m (£34m/$44m) deal with the Ligue 1 side, Malcom instead joined Barcelona on Tuesday.


Over the last couple of days, the future of Nigeria international Alex Iwobi has been a hot topic of discussion.

Much of that is ostensibly down to speculation linking him to a move to Italy, with Lazio rumoured to be interested. Now 22, and with a new manager at the helm at Arsenal, this summer is a pivotal one for Iwobi, who has been with the Gunners since the age of eight.

Unai Emery very quickly surmised that Jack Wilshere did not feature in his plans, allowing him to leave the club. However, the England international was out of contract anyway; Iwobi’s current deal still has two years to run, and while that is ample, he will expect to receive an offer for an extension before entering the final year of his deal next summer.

In that sense, Iwobi will be playing for his Arsenal future this season, provided he doesn’t move, of course. If he does, the challenge will be a much different one: how well would he adapt to a new footballing environment and a different culture? 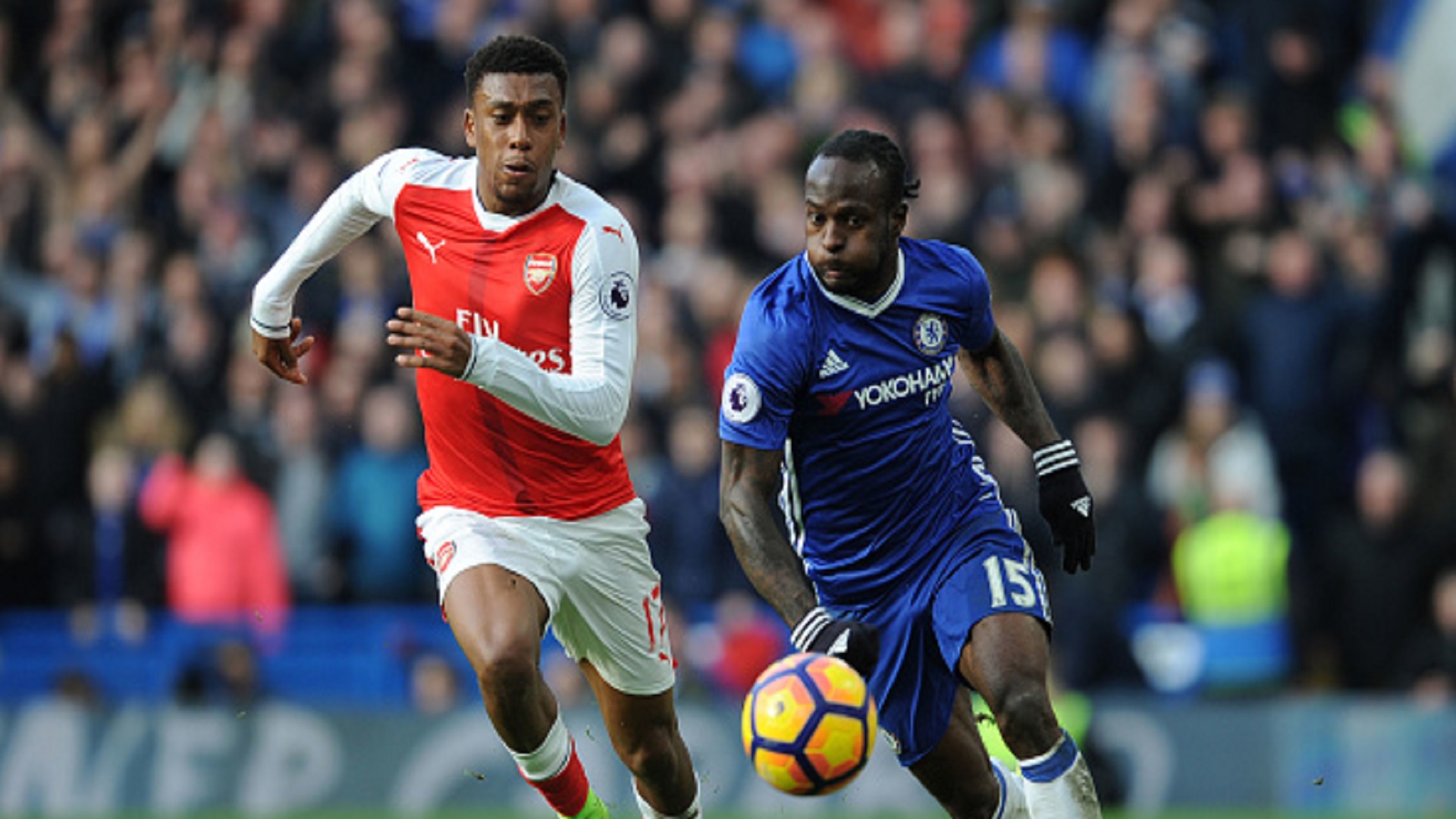 Serie A’s more cerebral, contemplative stylings would no doubt take some getting used to, however, if there is a player suited to making the transition, it would be the ‘Big 17’.

His ability to inhabit the frame of the game perfectly makes him quite elusive, not so much a conductor as a chameleon.

He can be just as influential in a slower-paced side, and it would be interesting to watch him build a rapport with the prolific duo of Sergej Milinkovic-Savic and Ciro Immobile.

He would also be the highest profile Nigeria international in Italy perhaps since Taye Taiwo’s short-lived spell at AC Milan almost a decade ago.

It might very well spark renewed interest in Serie A in Nigeria – combined with Simeon Nwankwo’s breakout season at Crotone last term, and the ubiquity in preseason of former youth international Kingsley Michael at Bologna. 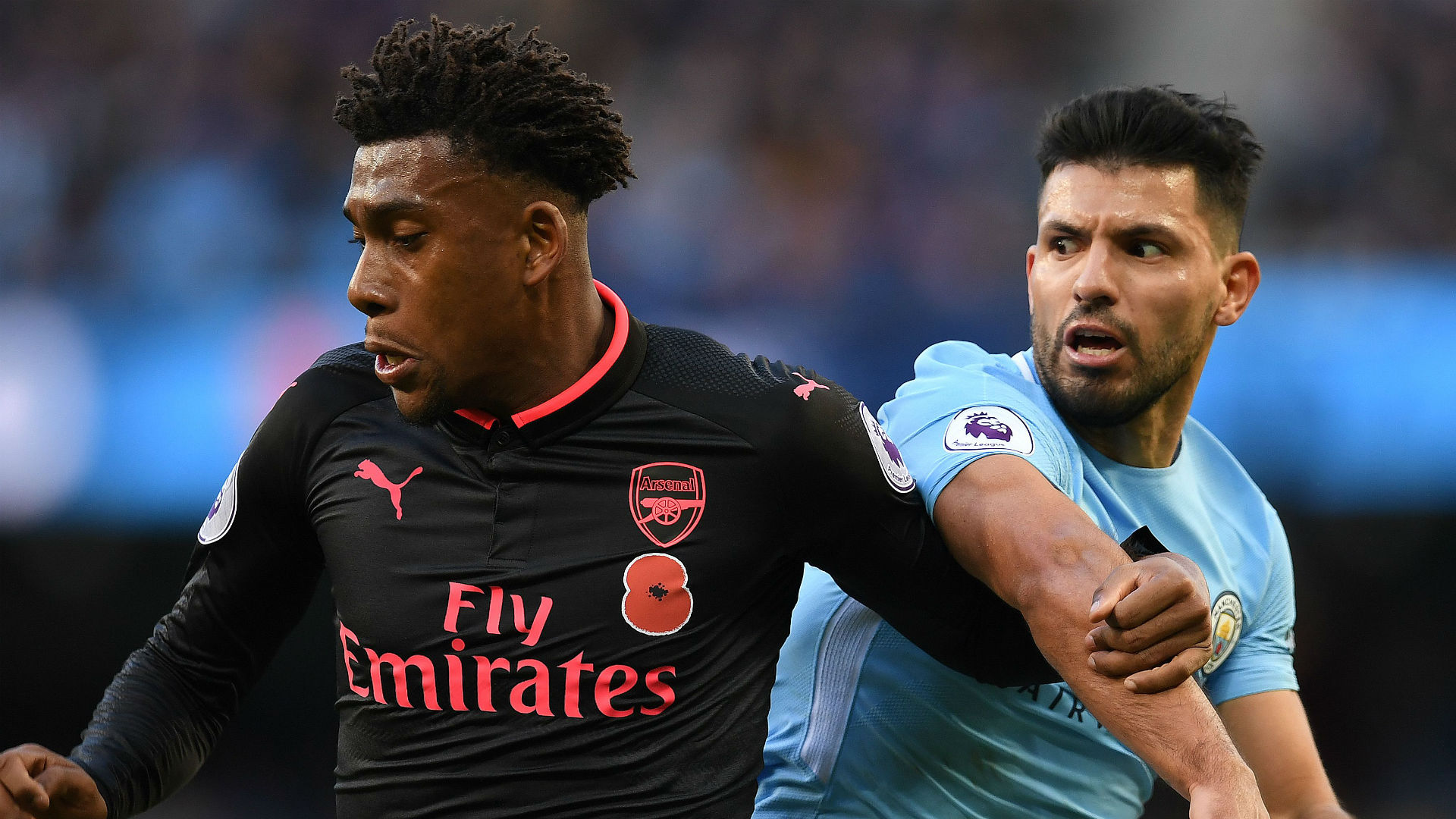 It would be somewhat disappointing though were that to happen.

Following his sudden rise to first-team prominence two years ago, and the honeymoon that followed, Iwobi appeared to hit a wall under former manager Arsene Wenger, shunted around into various positions and drifting in and out of the team.

The sense was that, while Wenger’s more laid-back, improvisatory approach to management suited a young, upcoming Iwobi, he needed something more structured to continue his development.

It is a tenuous contrast, but his more effective showings with the national team under Gernot Rohr’s less fluid organization lend credence to this idea.

In that sense, the Arsenal board hit a home run in selecting Emery, an intense, obsessive manager who loves to work with players individually and has a strong track record of improving them.

He could well be the perfect manager for Iwobi, a player who has come to be severely underappreciated by his fanbase. 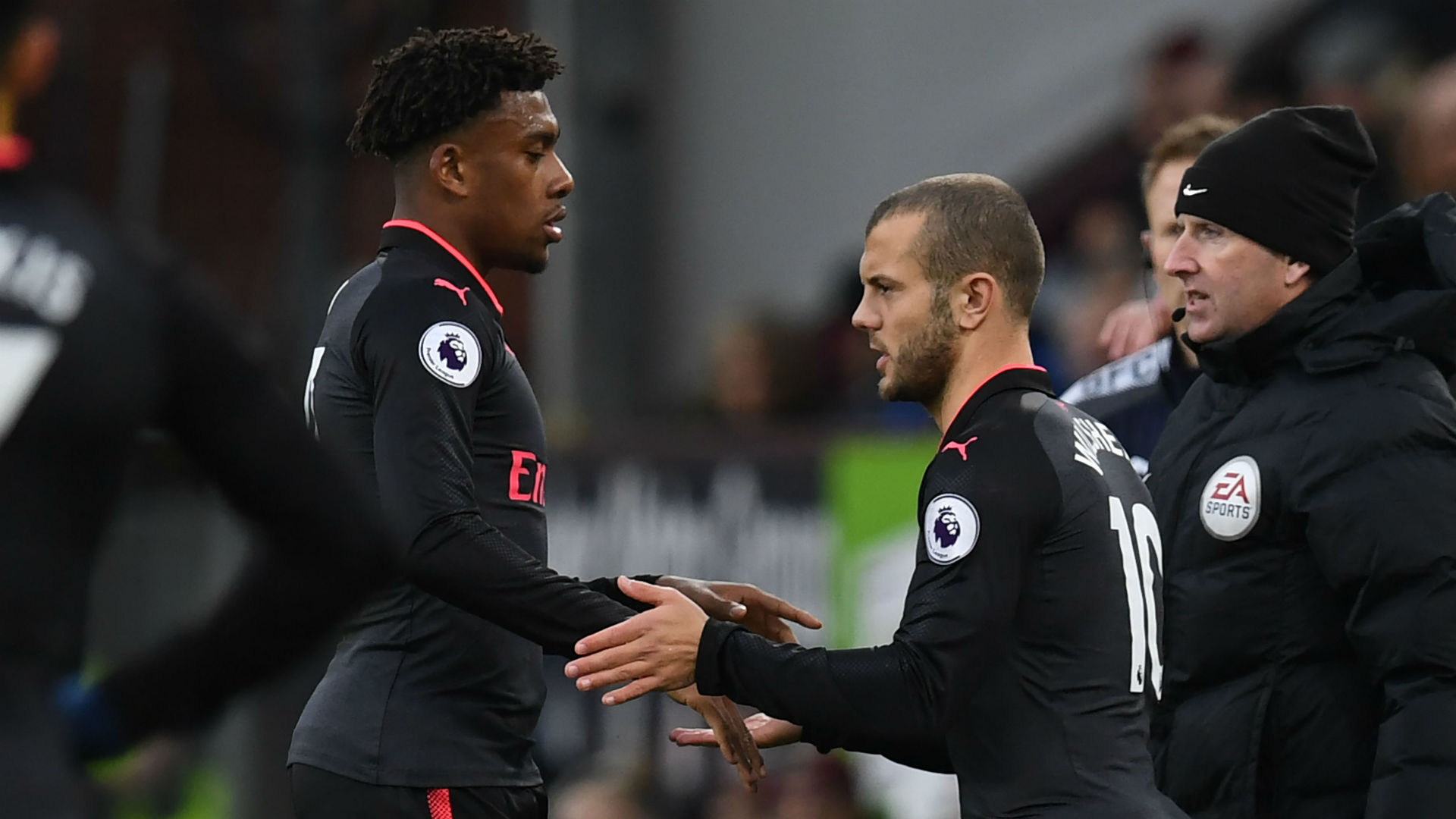 His skillset is pretty unique within the Arsenal squad: he works superbly well in tight spaces, displaying the composure and quick feet required to receive the ball and side-step challenges. He will, however, need to improve on his productivity in front of goal; ironically, he scores quite frequently for Nigeria, which suggests this is a foible very easily addressed.

Another area where he will also need licking into shape is in his defensive contribution. The player has gone on the record to state that he does not enjoy defending, and his efforts in that regard are often perfunctory rather than conscientious.

If he is to be relevant under Emery, this will have to change. The former Paris Saint-Germain boss is cautious in big games, and has been known to deploy two full-backs in tandem to protect the wide areas. As this is the zone he will most likely patrol, Iwobi will have to embrace the more quotidian aspects in order to impress.

That is the reality that he now faces: stay or leave, the direction in which he goes this summer will demand a great deal of work and growth from Iwobi. Both directions will shake him quite vigorously out of his comfort zone. How he embraces the challenge will determine whether he can begin to fulfil his potential as he enters his prime years. 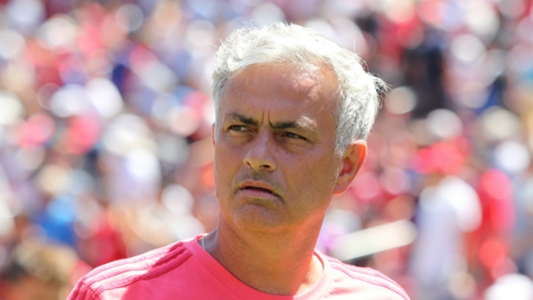 Manchester United manager Jose Mourinho hopes to sign two new players but is not sure the opportunities will arise.

United have added Brazil midfielder Fred to their squad for the 2018-19 season, along with teenage full-back Diogo Dalot and goalkeeper Lee Grant, who is set to serve as a back-up to David de Gea and Sergio Romero.

Anthony Martial has been linked with a move away from Old Trafford, while Harry Maguire, Miralem Pjanic and Ivan Perisic are among United’s reported targets.

Although Mourinho was not giving anything away, the United manager hinted he is not fully satisfied with the club’s transfer business.

“I would get two more players.”

United’s strength in depth could be tested further due to the injury suffered by Antonio Valencia in the friendly draw with San Jose Earthquakes.

Mourinho confirmed the right-back will miss much of the club’s pre-season campaign out of precaution, given that Dalot is out until September and Matteo Darmian has been tipped to return to Serie A.

“I don’t think he will be available to play any one of the three matches of the International Champions Cup,” Mourinho said of Valencia, who is expected to be named Michael Carrick’s successor as club captain.

“It’s not a moment to take any risks. Antonio is a player that’s not a young boy anymore. We have to take care of him and to try to have him ready for the start of the season.

“We bought a fantastic player [in Dalot]: young, 19 years old, but I think probably the best right-back at that age in European football.

“But he had a surgery last May and is recovering for that, so one more reason to take care of Antonio.”

United face AC Milan, Liverpool and Real Madrid in the International Champions Cup before a friendly match against Bayern Munich.

They then get the 2018-19 Premier League season underway on August 10 against Leicester City. 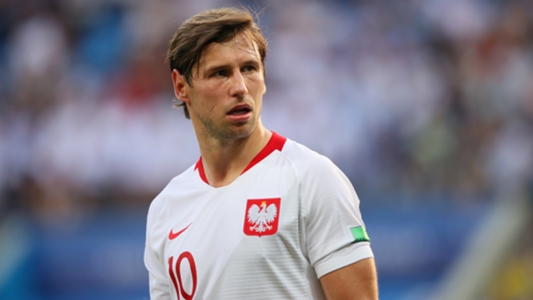 Krychowiak, 28, moved to PSG in 2016 from Sevilla amid interest from Arsenal and, ironically, it was current Gunners boss Unai Emery who brought him to the French capital.

However, he has failed to settle in Paris, making only 11 Ligue 1 appearances before being loaned to West Brom last season, enduring relegation from the Premier League with the Midlands club.

Krychowiak had a similarly difficult World Cup, as his Poland team were eliminated in the group stages.

Having completed his Lokomotiv medical earlier on Tuesday, he has agreed to join Yuri Semin’s side in time for the Russian Super Cup clash with CSKA Moscow on Friday.

Lokomotiv are defending Russian champions after winning their first Premier League title since 2004 last season, pipping CSKA to the trophy by only two points.