Manchester United’s first outing ahead of the 2018-19 season will see them face Liga MX side Club America, with Jose Mourinho starting to piece together his plans for the new campaign.

The University of Phoenix Stadium – home to NFL franchise the Arizona Cardinals – will provide the backdrop for the Red Devils’ opening fixture of a pre-season schedule in the United States.

Mourinho’s men have the International Champions Cup competition to come, but will be building their way towards those challenges with two more warm-up games – a meeting with MLS outfit the San Jose Earthquakes to come before tackling AC Milan on July 25.

There will be plenty of familiar faces on show for the Red Devils as they step up their preparations for another shot at major honours, while new additions and exciting youngsters will also be given an opportunity to impress.

In the United States (US) the game will be not be shown live on television, but it will be available to stream live online via Manchester United’s in-house TV channel, MUTV.

In the United Kingdom (UK), the game can be watched live on TV and streamed through MUTV.

Paraguay international Ceciilo Dominguez suffered a fractured jaw in a friendly meeting with Morelia and misses out as a result.

Mourinho will be without the services of his World Cup stars, with England contingent Jesse Lingard, Phil Jones and Marcus Rashford enjoying a summer break along with Paul Pogba, Marouane Fellaini, Romelu Lukaku and David de Gea.

New signing Fred is also resting after his efforts in Russia with Brazil, but Diogo Dalot and Lee Grant have made the trip alongside academy stars such as Angel Gomes and Tahith Chong.

Alexis Sanchez is yet to join up with the squad after encountering visa issues. 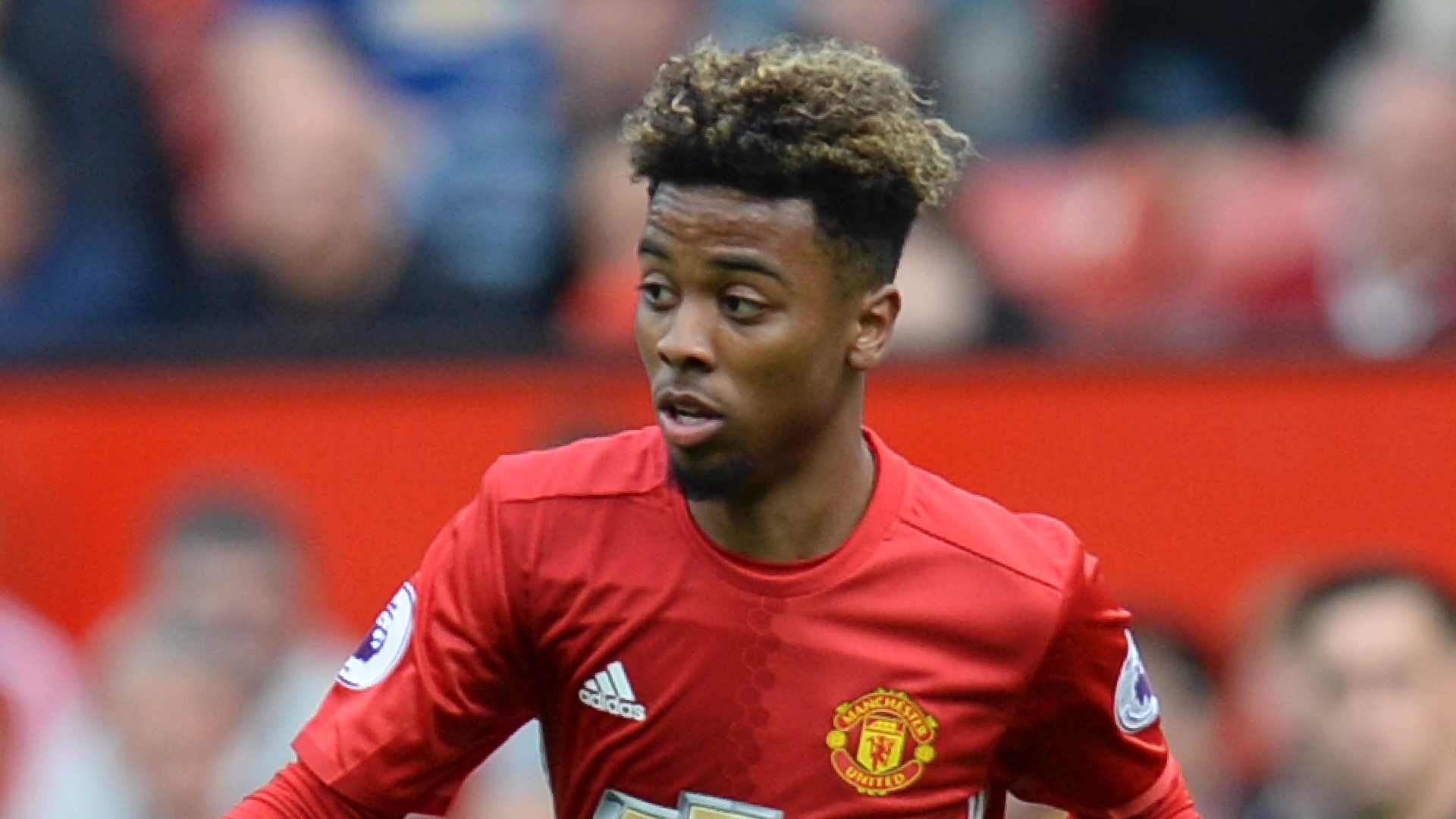 With Sanchez unavailable and World Cup stars enjoying a post-tournament break, Mourinho will get the chance to experiment with his Manchester United side.

Pre-season is intended to build fitness and match sharpness, but the Red Devils already know what to expect from their international performers and will be confident that they can slot seamlessly back into the fold.

They will be eager, however, to get game time for their new recruits, with it important for the likes of Dalot, Fred and Grant to feel at home in new surroundings.

Senior minutes for youngsters such as Gomes, Chong and Mason Greenwood will also aid their respective developments as they begin to push for more regular involvement with the first team.

The likes of Luke Shaw, Anthony Martial and Matteo Darmian will be eager to impress as well after seeing their future at Old Trafford called into question.

Results are not especially important at this stage, so Mourinho can tinker with his plans as much as he wants and settle on a favoured XI at a later date.

Mexican outfit Club America will provide a stern test of a young United side’s credentials, though, having already taken in two friendly outings to date as they gear up for the start of the new Liga MX campaign. 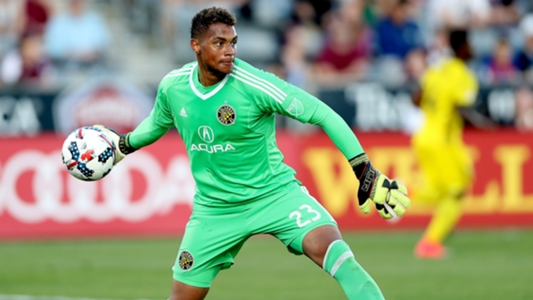 Last season, for the first time in two decades, there were no U.S. national team goalkeepers playing in either of England’s top two divisions.

That void is on the verge of being filled.

League championship side Bristol City has made a $3.9 offer for Columbus Crew and U.S. national team goalkeeper Zack Steffen, and sources tell Goal that Steffen is leaning towards agreeing to a move once the two teams agree on a final price.

The offer, first reported by MLS Soccer on Wednesday, would be the highest price ever paid for an MLS goalkeeper, surpassing the $3 million Manchester United paid for Tim Howard in 2003 (though the Howard fee would be worth $4.1 once adjusted for inflation).

Steffen has established himself as one of the best goalkeepers in MLS after signing with the Crew in 2015 following an unsuccessful stint with German club Freiburg. The 23-year-old helped lead the Crew to the Eastern Conference finals in 2017, and followed up his excellent run of form in the playoffs with a call-up to the U.S. national team, where he is seen as one of the leading candidates to take over the starting spot as the USMNT prepares for a new World Cup qualifying cycle.

The Crew have yet to formally accept Bristol City’s offer, but sources tell Goal the sides are close on a fee, so a deal is expected to be agreed upon. Steffen is ready for another move to Europe after being largely unhappy with his transfer to Freiburg in 2015. He only spent a year in Germany before returning to the United States and landing with the Crew. The biggest hurdle remaining to the move is MLS agreeing to a price on the deal.

Among the factors that could lead Steffen to decide the time is right for a move is the cloud of uncertainty currently hovering over Columbus, with rampant rumors that club ownership will move the team to Austin, Texas. That, coupled with the persistent rumors that Gregg Berhalter is a leading candidate to become the next U.S. national team coach, could compel Steffen to take another shot at plying his trade in Europe.

Berhalter didn’t seem opposed to the move either, telling MLS Soccer: “Every transfer window we’ve had we’ve been getting calls about some of our players, so this is pretty much normal. What I’d say is that, like always, we want to be a place where we get players and we develop them and we help them advance in their careers, wherever that may be.”

Bristol City, which finished in 11th place in the Championship last season, is in the market for a goalkeeper, with manager Lee Johnson confirming the club’s search for one on Wednesday.

“Yeah, there’s no secret about that. We are looking to do that. I think I’ve said that before,” Johnson told Bristol Live when asked about the search for a goalkeeper. “Well, it’s one of those where I wouldn’t say there’ll be someone signing tomorrow but the plates are spinning and it could happen. It’s not something that’s definitely going to happen but it could.”

Steffen would look to follow in the footsteps of a long list of American goalkeepers who enjoyed success in England, with U.S. national team stars Brad Friedel, Kasey Keller, Marcus Hahnemann, Brad Guzan and Tim Howard having all played for English clubs. 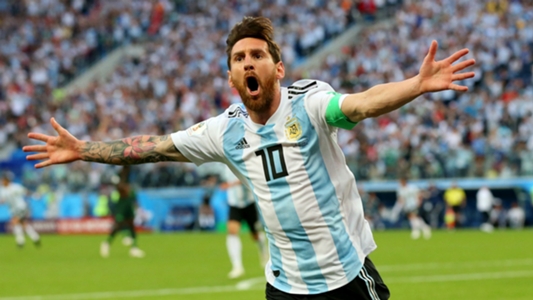 It was a forgettable campaign for Messi and Argentina, who were eliminated by eventual champions France in the last 16 at Russia 2018 as Jorge Sampaoli later departed.

Argentina’s tournament was marred by reports of unrest following a 3-0 group-stage defeat to Croatia after a 1-1 draw with Iceland left the South American giants on the brink of a humiliating exit.

Messi – still searching for his first senior international title – and Argentina managed to sneak into the knockout phase thanks to a last-gasp win over Nigeria but the team’s shortcomings were exposed against France.

Tevez urged Argentina to do more to ensure the country’s all-time leading goalscorer can succeed on the world stage.

“I think Leo has to think about himself,” Tevez – a 76-time Argentina international – told ESPN . “He has to think that, if there is not a project that makes him happy and in which he feels comfortable, it is very difficult to take the responsibility of leading Argentina to become champions by himself.

“Now [I tell him] to rest, keep a cool head and try to be well, then we need him to take charge and on the pitch.”

In the meantime, the focus is on Argentina replacing former head coach Sampaoli.

Peru boss Ricardo Gareca and Colombia’s Jose Pekerman have been linked with the vacant post.

Pekerman led Argentina at the 2006 World Cup and Tevez – who was part of the squad that reached the quarter-finals in Germany – believes the Argentine Football Association (AFA) should bring back the 68-year-old.

“They taught me to be a professional at 14 years old and today I continue at 34. It is essential to start as a child. From my personal experience, I think Jose is the man who can do it [be Argentina coach] quietly because he knows what is being talked about.” 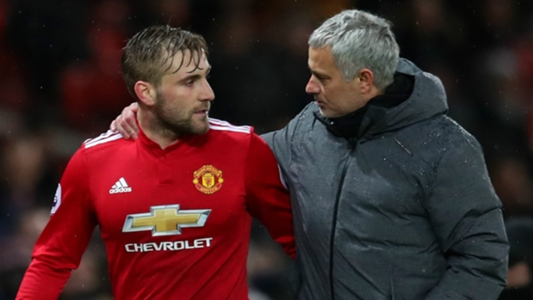 Manchester United left-back Luke Shaw wants to be the first name on the teamsheet as he looks to win over manager Jose Mourinho.

Shaw has found it “annoying” to have to prove himself at Old Trafford, where he has struggled to earn the trust of Mourinho since the Portuguese boss replaced Louis van Gaal in 2016.

The 23-year-old only started eight Premier League matches last season, while Shaw was publicly criticised by Mourinho during the 2017-18 campaign with Ashley Young preferred in the left-back role.

In the United States for the club’s pre-season tour, Shaw is determined to turn around his fortunes in Manchester.

“The next five games are all about fitness, but I want to try and prove to the manager that I can be in his team, not just in these games,” Shaw told reporters ahead of Thursday’s friendly against Mexican giants America.

“When everyone comes back and everyone is fit and ready, I still want to be that first name on the teamsheet.

“It’s time for me to show him over the next four weeks what I can do and why I deserve to be in this team.”

Shaw added: “It’s annoying for me to say I need to prove myself. But I know what I can do and that’s why I’m still here. I’m sure that’s what the manager thinks.

“I don’t think I would still be involved right now if the manager didn’t believe in me. I’ve had a good chat with him and I look forward to the new season and getting back to my best.”

Mourinho’s side face America in Arizona and will then take on the San Jose Earthquakes of MLS before jumping into International Champions Cup action against AC Milan, Liverpool and Real Madrid. 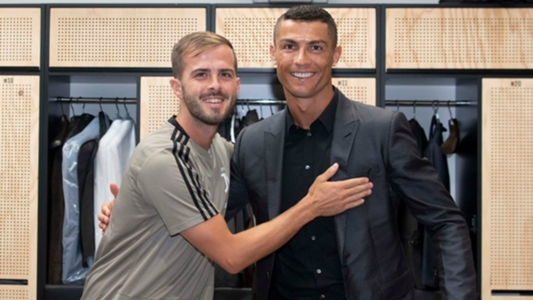 Miralem Pjanic described Cristiano Ronaldo’s signing as a “huge coup” but the Juventus midfielder refused to confirm his future with the Italian champions amid links with Chelsea.

The 33-year-old – Madrid’s all-time leading goalscorer – signed a four-year contract with the Serie A giants.

However, Pjanic’s future in Turin is far from certain, with new Chelsea boss Maurizio Sarri reportedly looking to lure the Bosnia-Herzegovina international to Stamford Bridge.

Goal understands that Chelsea are in talks over the signing of Juve’s Daniele Rugani, while the Serie A club are looking to offload Gonzalo Higuain.

Pjanic – who arrived from Roma in 2016 – has now emerged as a possible target for Chelsea as Sarri seeks another central midfielder in London.

As he left a restaurant on Wednesday, Pjanic was quizzed on his future with Juve and the 28-year-old replied, “have a good evening” before driving away in his car.

Juve have already signed Ronaldo, Joao Cancelo, Emre Can and Mattia Perin, while Manchester United star Paul Pogba has been linked with an unlikely return to the club as well.