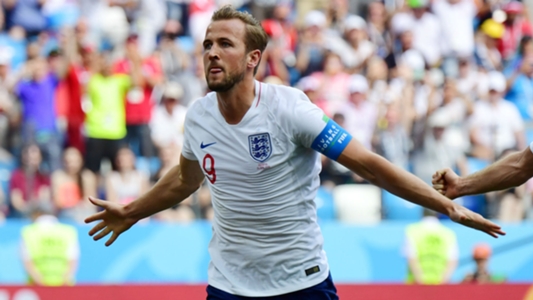 World Cup Golden Boot winner Harry Kane is already turning his attention to club football as he looks to rectify another unwanted record.

England’s captain was the top scorer in Russia, netting six times after a quick-fire start, which put to bed any doubts of being able to cut it at the top level after drawing a blank at Euro 2016.

But Kane is yet to score a Premier League goal for Tottenham in August , despite four prolific seasons, and is looking to hit the ground running in 2018-19.

“I’ll hopefully be back for the first game and hopefully I can try and score in August this year,” he said.

“Not many people get to say they’ve won a Golden Boot in a World Cup, it’s a big achievement.

“I said before coming into the tournament I wanted to prove I could do it in these big tournaments.

“The Euros was disappointing for me and if anything I wanted to prove to myself I could score at this level. I’ve scored at every other level and it was important I did that. I’m extremely proud.

“I’m sure I’ll look back in a few weeks’ time and take all these experiences in.”

Kane also addressed comments about the nature of his goals, with half of his tally at Russia 2018 coming from the penalty spot.

“You’re playing the best teams in the world at the end of the day, you’re not going to get five or 10 chances a game. You have to take what you’re given,” he said.

“I’ve had a couple that I feel I could have done better with, especially in the semi-final, but that’s part of being a striker – you’re going to miss some and you’re going to score some.

“Set-plays are a big part of the game so if I score every goal from a set-play I’m not too bothered.” 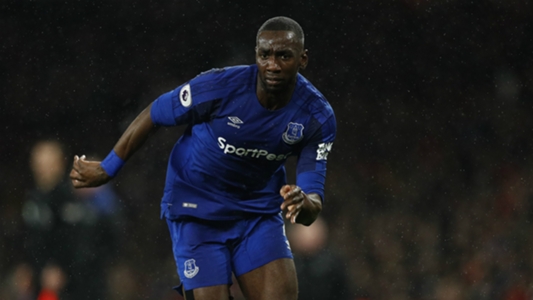 Everton winger Yannick Bolasie has agreed terms with Fenerbahce as he closes in on a loan move to the Turkish Super Lig, Fanatik claims.

The DR Congo international is expected to join the Istanbul outfit in a matter of days following Marco Silva’s approval for the winger’s temporary departure.

Trabzonspor have intensified their chase for Sunderland midfielder Didier Ndong by submitting an undisclosed offer for the midfielder, according to Taka.

Ndong has attracted interests from Cardiff City and Serie A clubs including Fiorentina and Atalanta after seeing a £6.6million move to Italian side Torino fizzle out this summer.

The Gabon international is one of the top earners at the Stadium of Light that the club want to get off their books as they prepare for life in the third tier of the English league.

Napoli have placed an £80 million price tag on Kalidou Koulibaly to fend off interest from Chelsea, Mirror reports.

The centre-back has been a long term target for the Blues but the Partenopei are reluctant to see one of their key players follow former manager Maurizio Sarri and Jorginho to the Stamford Bridge.

The 31-year-old is now a free agent this summer despite having a year remaining in his contract with the Legends.

Emenike joined Olympiacos from Fenerbahce in July 2017 and was sent out to Las Palmas on loan where he didn’t play a single game in the second part of last season.

Rayo Vallecano have reunited with Gael Kakuta after the DR Congo international signed a four-year deal.

Check out the full story on Goal!

Leicester City are set to have talks with Wilfred Ndidi over an improved deal as a reward for his impressive displays in the past campaign, DailyMail claims.

The Nigeria international who was the best tackler in the English Premier League last season , currently earns £35,000 per week at the King Power Stadium.

Napoli in advanced talks with Sabaly

Napoli held a positive meeting with Youssouf Sabaly’s agents over a possible move, according to Sky Italia .

The Serie A side want to agree terms with the Senegal international before coming to the table with Bordeaux who have requested around €12 million for the right-back.

Wilfried Bony is keen on staying with Swansea City next season and help them return to the English Premier League despite reported interests from Besiktas, according to BBC .

The Ivorian managed just two goals in 15 appearances before a torn ACL ruled him out for the rest of last season.

Bony is eager to repay the club’s faith but the Swans need to drop their top earners in order to balance their books and adapt to the Championship.

The 30-year-old is out of contract this summer and might bring an end to his three-year stay at the Selhurst Park.

Sako’s former club Wolverhampton Wanderers are reportedly interested in signing him on a free transfer as he continues his recovery from an ankle injury he picked up in January.

The Senegal international could be set to leave the Turkish Super Lig club less than seven months after joining them from Tianjin Teda in January.

Diagne scored 12 goals in 17 league games in the second half of the 2017-18 campaign – a run that attracted interests from England.

Swansea City forward and Ghana international Andre Ayew is close to joining Fenerbahce on a season-long loan, according to Ghanasoccernet .

Ayew who returned to the Liberty Stadium from West Ham in January, is keen on top-flight football after the Swans were demoted to the Championship last season.

Meanwhile Fanatik reports that the Turkish Super Lig side representatives are in England to convince Everton winger Yannick Bolasie over a loan move this summer.

The DR Congo international has struggled for form at the Goodison Park due to an anterior cruciate ligament injury that ruled him out for over a year.

Stoke City want Liverpool winger Sheyi Ojo as part of the deal to take Xherdan Shaqiri to Anfield, according to The Sun .

The Potters are in talks with last season’s Champions League finalist to take the Anglo-Nigerian on loan as Shaqiri edges closer to a £13.5million move to the Merseyside club.

Ojo was on loan at Fulham last season and played a key part in ensuring the Cottagers return to the English top-flight next season.

Brighton and Hove Albion are in talks with French Ligue 1 club Lille over a summer swoop for midfielder Yves Bissouma,  according to DailyMail .

The Mali international is priced at £17.7 million and still has three years left in his contract with the Stade Pierre-Mauroy outfit.

Bissouma who moved to the French top-flight from Real Bamako in 2016, has attracted interests from Everton, Schalke 04, Tottenham Hotspur and Monaco.

Senegal international Badou Ndiaye is for a return to Galatasaray this summer – after spending less than seven months in the English Premier League, Milliyet claims.

Following Stoke City relegation to the Championship, the 27-year-old is pushing for a move to the Turkish Super Lig and he is ready for a €750,000 pay cut from his current earning of €2.75 million per-year at the bet365 Stadium.

Chelsea will no longer chase Senegal international Kalidou Koulibaly after reaching an agreement with Napoli to sign just Maurizio Sarri and Jorginho, according to Napoli CalcioLive .

Jorginho is expected to join Sarri at the Stamford Bridge when he succeeds Antonio Conte but the Italian club will still have Jose Callejon, Elseid Hysaj and the centre-back in Naples.

Koulibaly has been strongly linked with the Blues this summer following his fine defensive displays last season.

The 55-year-old guided the north African country to the World Cup in Russia as his side managed a win and two defeats before their group stage exit.

Check the full story on Goal!

The Ligue 1 club are ready to beat Roma and Liverpool to the signing of the 25-year-old who is yet to confirm a new home after disclosing his intention of leaving Holland.

The 27-year-old is set to ink a four-year deal with Les Verts that will see him earn an annual salary of €4 million [ £3.5 million].

Khazri was on loan at Rennes last campaign where he returned nine goals in 24 matches across all competitions.

Genoa have offered Serie B side Cittadella €4 million [£3.5 million] for the signing of Ivorian forward Christian Kouame, according to Football365 .

The 20-year-old could be heading to the Italian top-flight this summer after an impressive form of 12 goals and 11 assists in 43 league appearances last term. 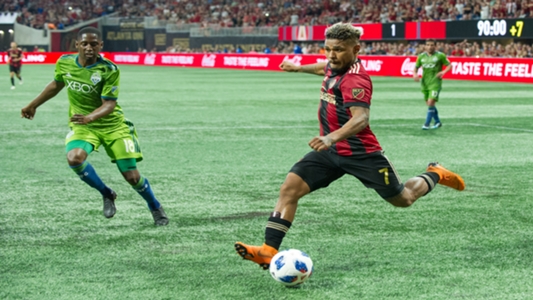 Atlanta United and Los Angeles FC both missed a chance to strengthen claims of winning their respective MLS conferences after they played out draws against the Seattle Sounders and Portland Timbers.

Eastern Conferences leaders Atlanta were held to a 1-1 draw by 10-man visitors Seattle on Sunday.

Atlanta were ahead of New York City FC on goal difference prior to kickoff having played the same number of games, but fell behind to Nicolas Lodeiro’s penalty on the stroke of halftime.

Leading scorer Josef Martinez responded for the hosts early in the second half, when he looped a header over Sounders goalkeeper Stefan Frei for his 19th goal of the season in front of a record MLS crowd of 74,243 at Mercedes-Benz Stadium.

The Sounders were reduced to 10 men when Jordan McCrary received a second yellow, but they defended gallantly in the final half-hour, despite Leandro Gonzalez-Pirez hitting the bar from close-range.

The Five Stripes now sit one point in front of second-place NYCFC, and six points ahead of the third-place New York Red Bulls.

Elsewhere, LAFC missed an opportunity to close the gap on Western Conference leaders FC Dallas to one point after a goalless draw against Portland.

Chances were at a premium for both sides on a humid evening in California, but the game came to life with five minutes remaining when Lee Nguyen received a straight red card for a challenge on Sebastian Blanco.

Despite being a player down, LAFC could have won it in stoppage time as Mexico international Carlos Vela headed straight at Jeff Attinella from six yards.

Portland climb up to fourth in the Western Conference and have games in hand on the teams above them, while Seattle’s point edges them away from the bottom of the table. 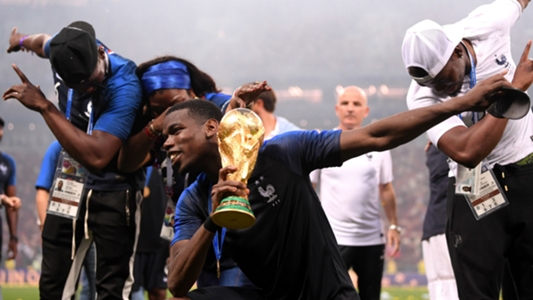 Former Manchester United defender Rio Ferdinand challenged manager Jose Mourinho to get the best out of Paul Pogba after he helped France win the World Cup.

Pogba enjoyed a strong campaign as France claimed their second world title with a 4-2 win over Croatia in Moscow on Sunday.

The 25-year-old midfielder, who scored in the final, has experienced a topsy-turvy two years at Old Trafford following his £89 million ($118m) arrival from Juventus and Ferdinand believes it is up to Mourinho to translate that international form to his club.

“Pogba was immense, especially second half. The pressure was on and he came to the fore,” he told BBC One.

“It’s down to Jose now to unlock this Pogba we’ve seen at the World Cup.”

Pogba found himself out of favour under Mourinho last term, sparking speculation of a possible departure from Old Trafford.

The Frenchman scored six goals as United finished second in the Premier League.