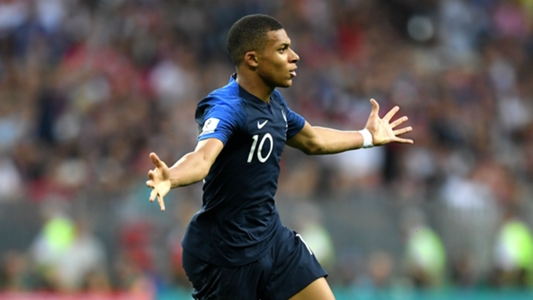 Didier Deschamps backed Kylian Mbappe to trump the achievements of his own generation by winning the World Cup for a second time.

Mbappe scored in France’s 4-2 victory over Croatia in Moscow to become the second youngest player after Pele to do so in a World Cup final and Deschamps said he hopes there is more to come from the 19-year-old.

Drawing parallels with strikers from the team he captained to World Cup glory in 1998, Deschamps pointed out that the likes of David Trezeguet and Thierry Henry never managed to repeat the feat despite being only 20 when they lifted the trophy.

“Mbappe is only 19 and I do hope he is going to be world champion again,” Deschamps said at his post-match media conference.

“He’s done so much already.

Deschamps was asked whether Mbappe’s team-mate Antoine Griezmann, who scored a penalty in the final to cap an outstanding tournament, was the defining player in the current Les Bleus line-up.

He praised the 27-year-old but insisted the bond between players like Griezmann, Mbappe and Paul Pogba was at the heart of France’s triumph.

“There are players and individuals that make a difference – Kylian, Paul, Antoine – but the way this team was built was for the wellness we felt together.

“They have done everything together. Sometimes there are conflicts, we need to listen to them all collectively and individually. We then try to realise everything on the pitch and they fought for it on the pitch today.”

Griezmann shared Deschamps’ view and described his team-mates as “extraordinary”.

“The collective is most important – we have seen that at the World Cup,” the Atletico Madrid forward told reporters.

“As soon as you are strong and united as a team it will work. I have extraordinary team-mates.

“Our children will be very proud to have our names. We have to enjoy it now. We are trying to give a good image to France of the players.

“I hope many young people will have watched the match and want to be like us.” 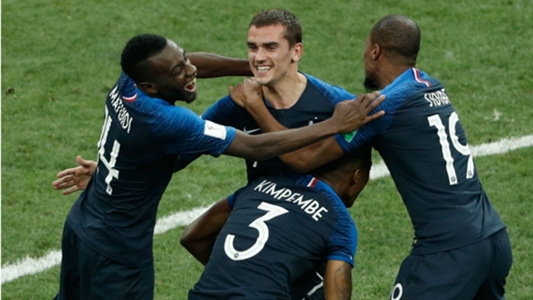 Antoine Griezmann paid tribute to the diversity and unity of the France squad after their World Cup final victory over Croatia.

After providing the free-kick that Mario Mandzukic headed into his own net to give France the lead in Moscow, Griezmann scored from the penalty spot to make it 2-1 following a contentious handball decision.

Paul Pogba and Kylian Mbappe added further goals after the break and while Hugo Lloris’ error gifted Mandzukic a chance to cut the deficit, Les Bleus held on win 4-2 in Moscow .

France’s triumph ends two years of scrutiny following their disappointing 1-0 loss to Portugal at the climax of Euro 2016 on home soil, as they lifted the World Cup for the second time in their history.

Asked about the different backgrounds of his team-mates after the game, Griezmann said: “That’s the France we love. Different origins but we are all united.

“In our team there are many players who come from different horizons, but we have the same state of mind.

“When we play for our jersey and our country we give everything we have. As soon as you wear the jersey we play together.”

Griezmann was in the France team that missed out on glory two years ago, coming up short against an unfancied Portugal team, and he said Didier Deschamps’ squad had worked on issues identified in the aftermath of that defeat.

He also paid tribute to the players who had joined the ranks since 2016, including key contributors Kylian Mbappe , Benjamin Pavard, and Lucas Hernandez.

When questioned about what they had learned from the Portugal result, Griezmann replied: “We did work on that. I don’t know how many players were at the Euros [that are in squad now], but we have had many changes.

“Some new players arrived and that was really good for us. They have brought added value to our teams.

“We are a whole group, who have lived together since the start. Substitutes were never in a mood – never annoyed. We’ve been working for the collective so everything would go well for us.

“The coach was right, he knew how to analyse matches. I’m really proud of this team.” 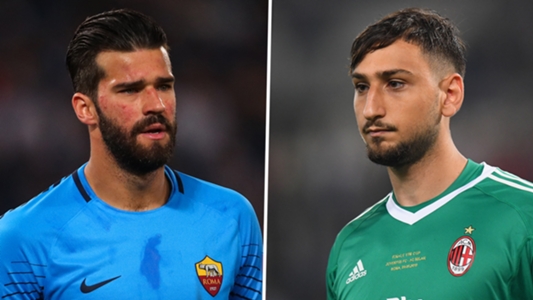 Roma are willing to let goalkeeper Alisson leave the club this summer, but want to have a deal in place for Milan’s Gianluigi Donnarumma before allowing the Brazilian to depart.

Goal  understands that the Roma brass would like to keep Alisson for next season, but would be willing to give the player his desired move away if they can have a replacement in place.

The Brazilian has drawn interest from Premier League clubs Liverpool and Chelsea along with La Liga giants Real Madrid and could favour a move away from Roma.

Giallorossi leadership consider Donnarumma as their top target to replace the Brazilian, and the 19-year-old’s agent, Mino Raiola, is familiar with the club having recently orchestrated Justin Kluivert’s transfer to Rome.

Having recently completed the signing of Pepe Reina from Napoli , Milan appear willing to let Donnarumma leave the club.

It would take a good portion of the money Roma make from Alisson’s sale to afford Donnarumma, but talks are set to intensify in the coming days with Roma’s ability to offer Champions League football also helping their cause in efforts to sign the young Italian.

A Liverpool move for Alisson before the end of the summer window seems unlikely, with the Reds set to give Danny Ward, the third-choice goalkeeper last season, a chance to stake his claim for the No.1 spot.

Real Madrid may hold the key to the Alisson saga, with the Spanish giants interested in both the Roma goalkeeper and Chelsea’s Thibaut Courtois.

Courtois would be the cheaper of the two options for Los Blancos, and the London outfit would then prioritize Alisson as their replacement for the Belgian. 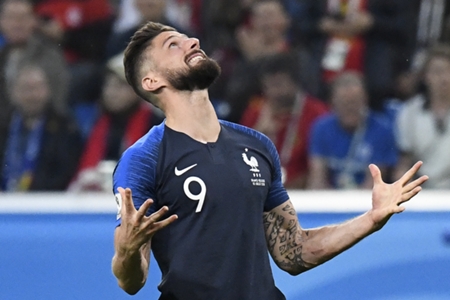 France’s array of superstars came out to shine as Antoine Griezmann, Paul Pogba and Kylian Mbappe fired them to World Cup glory over Croatia.

Following a tournament packed with thrills and drama, the final at Moscow’s Luzhniki Stadium lived up to what preceded it from the moment Les Bleus hit the front through an 18th-minute own goal by Mario Mandzukic – a cruel role reversal for Croatia’s extra-time hero in the semi-final win over England.

Griezmann converted his fourth of the tournament from 12 yards before Croatia pursued their opponents furiously once more at the start of the second half.

But how did Kenyan fans react to the outcome of the final?

Congratulations France; the 2018 FIFA #WorldCup Champions!!! Respect to Croatia but there can only be one winner! What a game! What a tournament! 🙌🏽🙌🏽🙌🏽#AllezLesBlues #FRACRO #TheScoreKE pic.twitter.com/ap7CoQZHwH
— Carol Radull (@CarolRadull) July 15, 2018

Tonight, the FRENCH were LUCKY the CROATS were good. Sometimes its better to be lucky than good.
— James Smart (@jamessmat) July 15, 2018 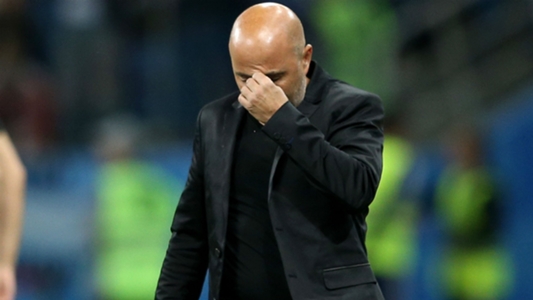 A 3-0 group stage defeat to Croatia following a 1-1 draw with Iceland left Argentina on the brink of a humiliating exit in Russia, before just about squeezing through to the knockout phase thanks to a 2-1 triumph over Nigeria.

That luck failed in the last 16 against France, however, when they were beaten 4-3 by the eventual tournament winners.

Sampaoli got the Argentina job after building a solid reputation in charge of Universidad de Chile, Chile and Sevilla, leaving the Spanish club at the end of the 2016-17 season after guiding them to Champions League football.

Given the regard many held Sampaoli in, there was great optimism that he would end Argentina’s period of underachievement and finally find the balance between getting the best out of Lionel Messi and making the team a success.

But very little has gone well for Sampaoli and Argentina since he took charge in May 2017, with the coach’s continuous tactical tweaks and strange selection choices baffling many.

Throughout the World Cup, Argentina’s deficiencies through the middle and at the back continued to be exploited and France tore them apart at times, taking full advantage of their lack of pace, but Sampaoli failed to make alterations to address the problems.