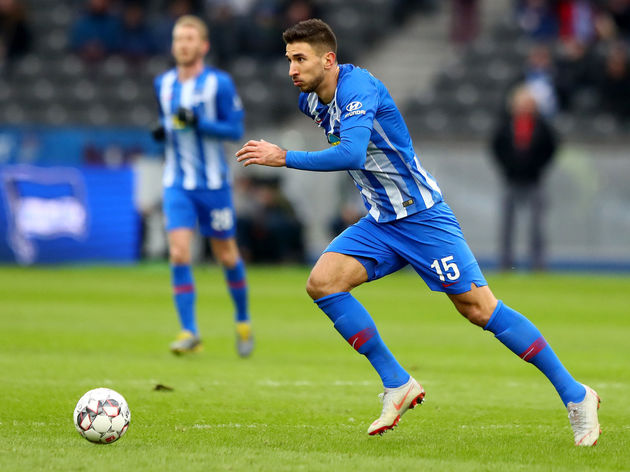 Last season Grujic began to gain attention whilst playing in the ​Bundesliga and became one of Hertha Berlin’s key players. The Serbian scored five goals in his debut season for the club, consistently producing high-class performances.

“We [Klopp and I] sat together and talked about my plans, Grujic told Sport Bild, v​ia Goal.

“My contract at Liverpool runs until 2023. We both saw it in a similar way: I only managed to make the most of 50 per cent of my opportunities in Berlin. Minor injuries knocked me back.

“He also found that it is better for my development to stay in the Bundesliga for another year. When I see such games [the Champions League final], I always realise that I belong to such a big club and it’s where I want to be.” The Serbian international has the potential to develop into​Liverpool’s

Hertha Berlin’s head coach Pal Dardai spoke about Grujic on the club’s website, noting: “Marko is by far the best midfielder I’ve seen in my time at the club.

“I was a defensive midfielder and managed to score 17 goals, which isn’t bad but Marko carries much more of a goal threat, he’s got a sensational shot on him and is much better than I was.” It is hoped that Grujic will be ready to return to​ Liverpool for the 2020/21 season where he can really begin to make a name for himself on Merseyside.

With players such as ​James Milner and ​Adam Lallana entering the twilight stages of their career’s, Jurgen Klopp will be looking towards youngsters such as Grujic to fill the boots of these players once their time at Anfield is over.